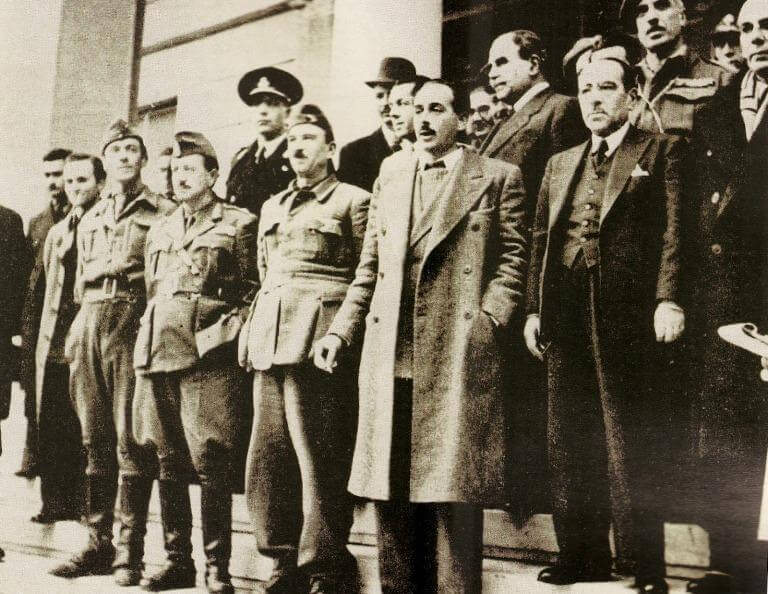 The Varkiza Agreement was signed on February 12, 1945, in Vari, Attica, between members of the government of Nikolaos Plastiras and EAM / ELAS (Greek initials that stand for National Liberation Front / Hellenic People’s Liberation Army). The Agreement aimed at the institutional termination of the political and military clashes that took place in December 1944 and went down in history as the “Dekemvriana” (December events).

The December clashes in 1944 in Athens were a power struggle between the first post-occupation government of George Papandreou and the British, on the one hand, and EAM / ELAS, which had emerged as the strongest resistance organization, on the other.

On January 11, 1945, after a month of fierce clashes, a truce was signed between the two sides, under which the EAM / ELAS forces were forced to leave Attica and Thessaloniki. On February 2, 1945, the negotiations for the signing of the agreement commenced at the summer residence of the politician Panagiotis Kanellopoulos, in Vari.

The relevant consultations lasted ten days and resulted in an agreement signed on February 12, 1945. Its 9 articles provided, inter alia, for the disarmament of all the armed forces of the Resistance, the reorganization of the National Army, the liquidation of the state apparatus by the German partners, amnesty for political offenses, a referendum on the state issue, and the election of a Constituent Assembly to draft a new Constitution.

Also read: Pavlos Melas | The emblem of the Macedonian Struggle

The fact that the text of the Varkiza Agreement was published in the Government Gazette, thus giving its content the force of law, demonstrates its great importance for the restoration of peace.

It is worth noting that the signing of the Agreement was opposed by Aris Velouchiotis, who not only did not comply with the decisions of the Hellenic Communist Party, but also tried to continue the armed struggle.

However, the gap between the two factions did not seem to be bridged and soon the Varkiza Agreement became blank. Violations of its terms on both sides led to a new political polarization and triggered the events of the Civil War, which was to last until August 30, 1949.