Charalambos Mouskos | The first EOKA fighter to fall fighting the English
Defence Redefined
Published on 15/12/2021 at 18:45 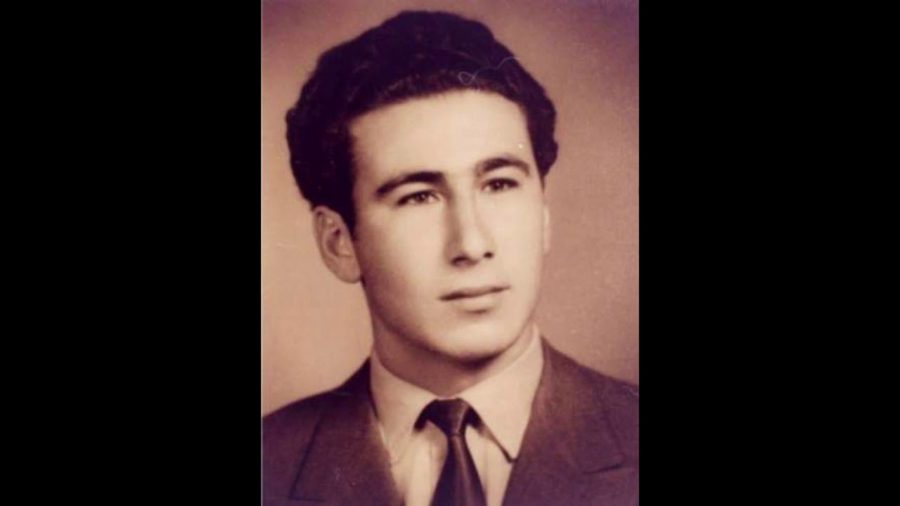 Charalambos Mouskos came from the village of Panagia in Paphos where he was born on May 19, 1932. His parents were George and Anastasia Mouskou and he had six brothers. He was a cousin of Archbishop Makarios III.

He graduated from the Panagia primary school and the Greek High School of Paphos. After special training in Greece, he was appointed director of the printing house of the Archdiocese, where the first leaflets and publications of the struggle were printed. At the same time he acted as a member of the Pancyprian National Youth Organisation (PEON) and the Youth Christian Orthodox Union (OXEN).

At the beginning of the EOKA armed action, Charalambos Mouskos was one of the first five team leaders of the sabotage groups of Nicosia and came in direct contact with the leader Digenis.

His team, led by him, took an active part on the night of April 1, 1955 in an attack on the General Secretariat. He was later betrayed, but escaped capture and rebelled in the mountains. He was the first to resort to the guerrillas in Kykkos, where others later arrived, to form the first guerrilla group called “Ouranos” led by Marcos Drakos.

On December 15, 1955, Charalambos Mouskos together with his comrades Marcos Dracos, Andreas Zakos, Charilaos Michael and four others set an ambush against the English at the location of Mersinaki near the ancient Solos. In the battle that followed, Charalambos Mouskos fell and an English soldier was killed. He is the first EOKA fighter to fall in battle. Andreas Zakos and Charilaos Michael were arrested next to him with serious injuries, while Markos Drakos escaped with a head injury.

Charalambos Mouskos sacrificed his life for the unification of Cyprus with Greece at the age of 23. Like the majority of the fighters of the national liberation struggle, he was a young man who preferred to leave behind the beauty of youth and give his life for the ideal of freedom. What follows is a poem of Charalambos Mouskos to his beloved Ariadne, which was found in the hero’s pocket in a bloody paper when sacrificed:

“I have two loves in my heart,

two loves that have made me drunk,

with the wine of glory and lust.

But now that my homeland is looking for me

and its voice is calling me at war,

my love for her is too much

and I leave you, bidding farewell with a kiss.

Do not cry because I leave you

Do not be jealous because

I love the other more.

Kiss me without regret, chase away every heartbeat,

every desire of yours and like a real Greek woman

go to your homeland victorious.”

(The original note, as found on the part of the hero’s heart, bloody) ©Ιστορικές Μνήμες ΕΟΚΑ