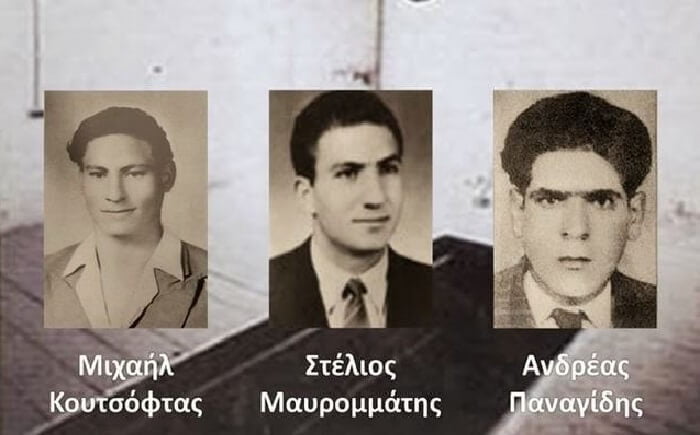 On September 21, 1956, three glorious figures of Cyprus’ national liberation struggle joined the already overcrowded pantheon of Hellenic heroes. EOKA fighters Stelios Mavrommatis, Michael Koutsoftas and Andreas Panagidis were hanged by British colonialists. The letters the EOKA fighters sent to their relatives, bidding their last farewell, are very moving and indicative of their courage, strength and faith. 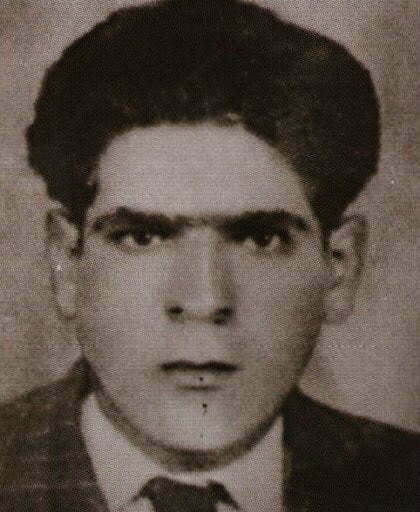 Andreas Panagidis was born in the village of Paleometocho, in the province of Nicosia, on November 14, 1934. He graduated from the elementary school of Paliometocho and worked as a cook in the English army at Nicosia airport.

Panagidis’ first act was to raise the Greek flag. In a search conducted by an English soldier in his bag, at his place of work – immediately after the execution of Karaolis and Dimitriou – the Greek flag was found. It was then when the soldier asked Andreas to wipe his shoes with it. Andreas was greatly insulted that he immediately started beating the soldier wildly. When he went home, he asked his wife to get the revolvers he had given her to hide.

The next day, when he went to work at the airport, along with Michael Koutsoftas and Hoiropoulis, attacked and killed British squadron leader Patrick John Hale in his office.

Andreas Panagidis, even though he was just 22 years old, was the only EOKA fighter to be hanged and a father to three children. His self-sacrifice from the moment he knew he was leaving his wife and children highlights his fortitude. In the moving letter he wrote to his wife and children before his execution, he urges his children not to be sad because he dies for the sake of a great value and to be good Christians and Greeks.

The English told Panagidis that if he died he would leave his children alone, poor and unhappy. So they asked him to reveal three names, one to each of his children, so they would release him, give him money, and relocate him with his family to England. Also, Panagidis was told that his children would study at English universities. Panagidis angrily threw down his bag of money and told the English not to use his children as a way to make him a traitor. He preferred to set an example to his children as a hero rather than give them financial comfort as a traitor.

Excerpt from Panagidis’ farewell letter to his wife and children: “My adorable children, my beloved wife, Hail. As I am writing to you, it is Tuesday, 10 o’clock at night. Exactly three minutes ago we were notified that at dawn on Friday 21.9.1956, we will be executed. Maybe, when you read this letter, I will not be among the living. My adorable children, I leave you forever, at such a young age. At the age of 22 I die for the sake of a great value. My dear children, I hope you become good Christians and good Greek Cypriots. Always follow the path of virtue. Always be sure that I loved you so warmly and with infinite paternal love. But unfortunately I leave you, without seeing you grow up, as I once dreamed… And you, my beloved Giannoula, I ask you one last favour, to have fun with our children. Love them dearly. And I will send you my warmest wishes from above. Respect my name too. Fate meant to harm us in the first years of our marriage. As I write to you, a sweet smile adorns my lips, because I’m happy to leave my children with such a good mother.” 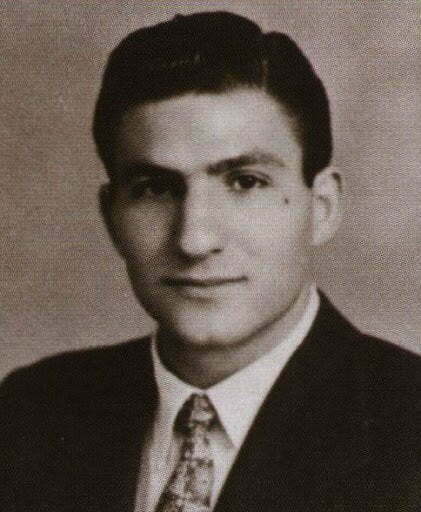 Stelios Mavrommatis was born in the village of Larnaca in Lapithos, in the province of Kyrenia, on November 15, 1932. He graduated from the primary school in his village and Samuel School of Commerce in Nicosia. He worked for two years in the British army in Suez and then worked at the English airport in Nicosia as a clerk until his arrest. He was a member of the committee of the SEK and THOI unions in his village, in the establishment of which his father was the leader.

At the beginning of the fight he joined EOKA and took part in a sabotage operation against British planes. He also contributed substantially to the collection of hunting weapons by individuals in the Nicosia area. He was particularly active in ​​Ledra and Onassagorou streets, which the British had called the “mile of death”. Among his comrades was his cousin Evagoras Pallikaridis. His parents and siblings also contributed to transporting and hiding weapons as well as hosting and fleeing wanted persons.

In an unsuccessful attack with two of his comrades against the British squadron Normal Alfred and the British Royal Air Force pilot Lawrence Leith on Agios Pavlos Street in Agios Dometios, Nicosia, Stelios Mavrommatis was arrested by the two English pilots.

In his last letter he writes: “… Rest assured that the star of Freedom and Justice will soon rise on our island, and the cold and dark winter of sorrows and trials will be followed by the sweet spring of peace and happiness. I want you to be proud because your son and brother sacrificed himself for freedom. He sacrificed himself because he wanted to rejoice together with all the Greeks of Cyprus, the greatest gift that God has given to humanity…” 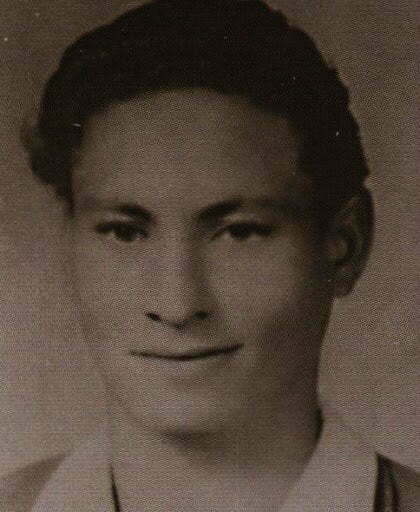 Michael Koutsoftas was born in Paleometocho, in Nicosia province, on November 12, 1934. He worked in a spinning mill as a weaver.

On May 16, six days after the execution of Karaolis and Dimitriou, after asking Papa Lefteris to stand as his sister’s protector in case he got arrested, he left with his friends Andreas Panagidis and Paraskevas Hoiropoulis, for Nicosia airport, where they attacked and killed the British squadron leader Patrick John Hale in his office. They were pursued and arrested by British troops. As a minor, Hoiropoulis was sentenced to life in prison.

Koutsoftas’ courage and faith are reflected in his letter after he was notified of the execution sentence: “… There is no reason to fear death, since we believe in the true light. From the moment I heard about our execution, my soul is full of true joy…”

The three executed heroes were buried in the Central Prison Cemetery, next to the tombs of Michalakis Karaolis, Andreas Dimitriou, Andreas Zakou, Iakovos Patatsou and Charilaos Michael.

Also read: May 10, 1956 | The hanging execution of EOKA heroes Karaoli and Dimitriou