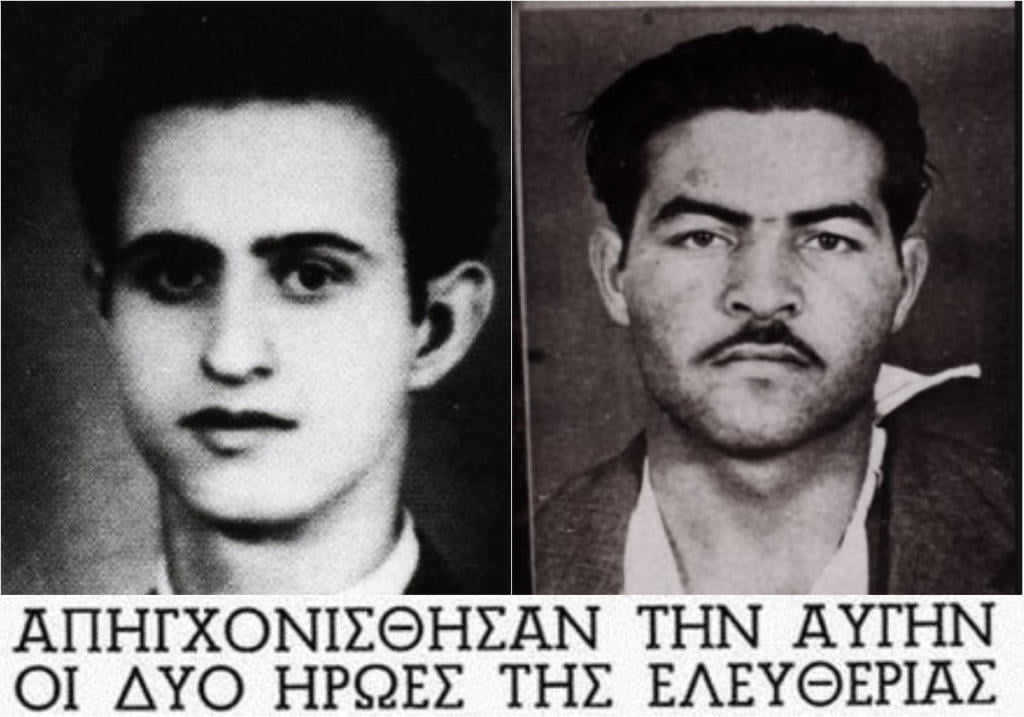 On May 10, 1956, the first arrested and convicted fighters of the National Organization of Cypriot Fighters (EOKA), Dimitris Karaolis and Andreas Dimitriou, were hanged in the Central Prison.

Michalakis Karaolis was born in Paleochori Orini on February 13, 1933. He attended the primary school of Paleochori and then graduated with a scholarship from the English School of Nicosia. He was a government official and worked in the Income Tax Department. He joined the ranks of EOKA before April 1, 1955, in the team of Polykarpos Giorkatzis and offered various services in the match. He took part in the distribution of the first announcement of Digenis. He worked in the intelligence department of the Organization, in the transport and concealment of weapons and undertook bombing attacks against the enemy in key points of Nicosia. He then joined the first Nicosia executive team. As a graduate of the English School, he hung out with English children, played with them and did not suspect anyone that he was a member of EOKA. 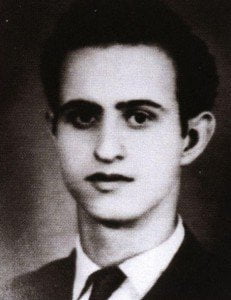 On August 28, 1955, he and his rival Andreas Panagiotou undertook the execution of police officer Herodotus Poullis, a close associate of the British. Panagiotou escaped, while Karaolis was wanted and arrested, as he was being transferred to the area of ​​Kyrenia, to join the team of Grigoris Afxentiou. He was brought to court and sentenced to death on October 28, 1955, although the bullet that killed Poullis came from Panagiotou’s gun.

Andreas Dimitriou was born in the village of Agios Mamas, in the province of Limassol, on September 18, 1934. He graduated from the primary school of Agios Mamantos and studied for three years at the Night High School of Famagusta. He first worked in an explosives and hunting store and later in the British Army. He was the Secretary of the SEK Fishermen’s Guild in Famagusta. He was distinguished for his diligence, initiative and conscientiousness. He was one of the first to join the EOKA force and acted with the Famagusta teams, extending his participation in the executive. 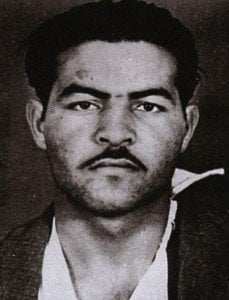 His mind was constantly evolving ways to develop activity. The culmination of his action was the seizure of weapons through the military warehouses of the port of Famagusta, in early December 1955, immediately after their unloading and before they were transported and arranged. The weapons were advanced to various guerrilla groups, which until then had been supplied with only hunting.

After attempting to execute the English agent Taylor, whom he wounded, Andreas was confronted by armed soldiers guarding Taylor. He ordered his weapon against them, but it got involved and the soldiers arrested him after injuring him. He was sentenced to death along with Michalakis Karaolis. 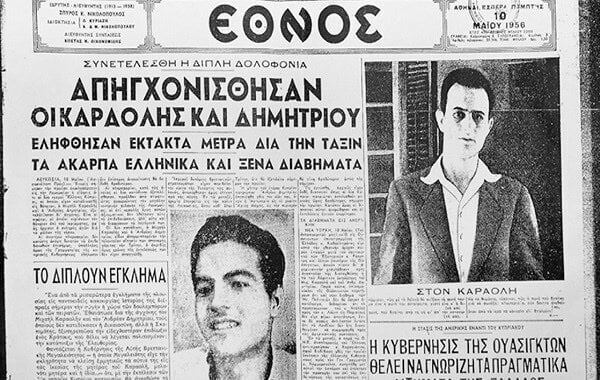 23-year-old Karaolis and 22-year-old Dimitriou were taken to the prison gallows on May 10, 1956, despite large demonstrations in Greece and Cyprus over the non-execution of the death penalty. With these executions, the new British governor of Cyprus, Harding, wanted to show that Britain was determined to maintain its dominance in Cyprus, resisting any resistance from the Cypriot people. 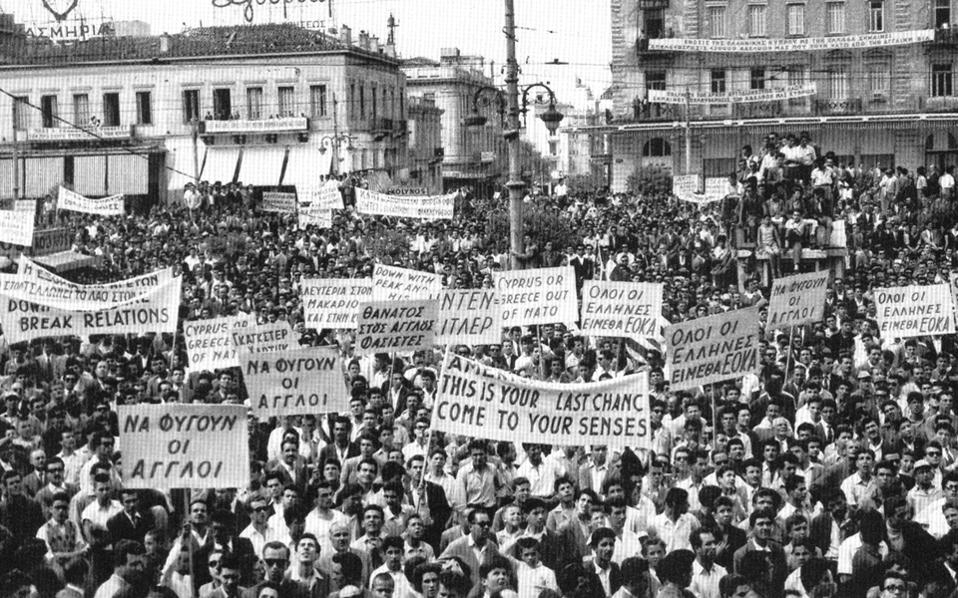 Protests against the British

The British did not allow their families to take their bodies for burial, but instead they buried them in a fenced area inside the prison, the Prisoners’ Tombs.

The mental strength and the Greek youth shown by Michalakis Karaolis and Andreas Dimitriou, rising fearlessly to the scaffolding of the gallows, raised the prestige of EOKA and created a heroic precedent for the fighters. 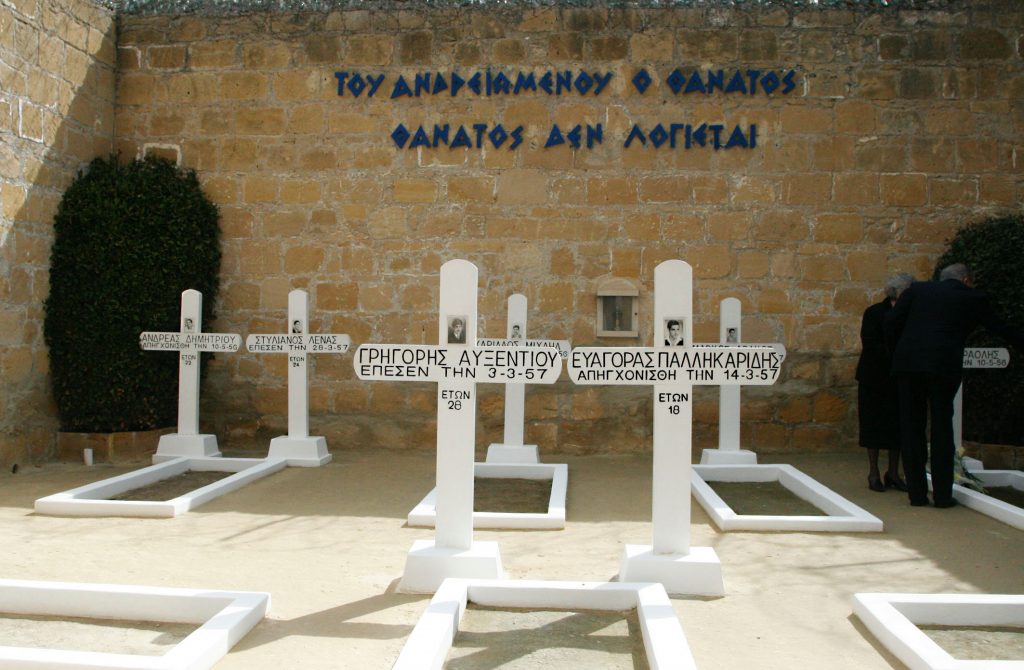 Michalakis Karaolis said before his execution:

“You should not feel sorry for me, since I have no reason to cry, nor should my relatives cry for me.”

Addressing his mother a few hours before his hanging, Andreas Dimitriou told her:

“The only thing I regret is that I will not be able to see our Cyprus free”, in order to receive the answer “Good, my son and have courage to the end.”

With information from the EOKA Liberation Struggle Foundation 1955-1959