Like today, Pavlos Melas was killed in Siatista, thus remaining one of the most emblematic figures of the Macedonian Struggle, since his name has been identified with it.

Walking to meet with another body of Greek guerrillas, to jointly decide a general attack against the Bulgarian gangs, he stops in the village of Statista in order to rest his men. Despite the objections of his friend and deputy leader, Nikos Pyrzas, as there is a Turkish military battalion in the village, Pavlos does not change his mind.

This decision of his will prove fatal for him, as, betrayed by the chief militant, Mitros Vlachos, who notified the Ottoman authorities, the Turks attacked and during the clash, Pavlos was seriously injured in his waist. After about half an hour, with the phrase “I’m in pain” he breathed his last.

Also read: The Destruction of Smyrna: When Hellenism was Brutally Erased from Asia Minor – VIDEO

In Greece, he constitutes an emblem of the Macedonian Struggle, and many of his personal items are now on display at the Museum of the Macedonian Struggle in Thessaloniki and the museum “Pavlos Melas” in Kastoria, while his name bears the honor of the village of Statista. Also, many of his busts adorn city squares, including Thessaloniki, Athens, and Kozani. In fact, in Thessaloniki, following the “Kallikratis” program, the municipalities of Stavroupoli, Polichni, and Efkarpia were united in a municipality called “Pavlos Melas”.

At that time, the main national and political-ideological current in Greece was the Great Idea, that is, the expansion of the Greek borders, in order to liberate the Greek populations under foreign occupation and domination. Melas, in 1886, was admitted to the Hellenic Military Academy, from which he graduated in 1891 with the rank of lieutenant.

With remorse for the outcome of the war of 1897, Melas became heavily involved in Macedonian affairs. He was one of the first to participate in the Macedonian Committee founded in 1900 to promote Greek influence in the region of Macedonia, as a reaction to the actions of the Bulgarian Komitadji. 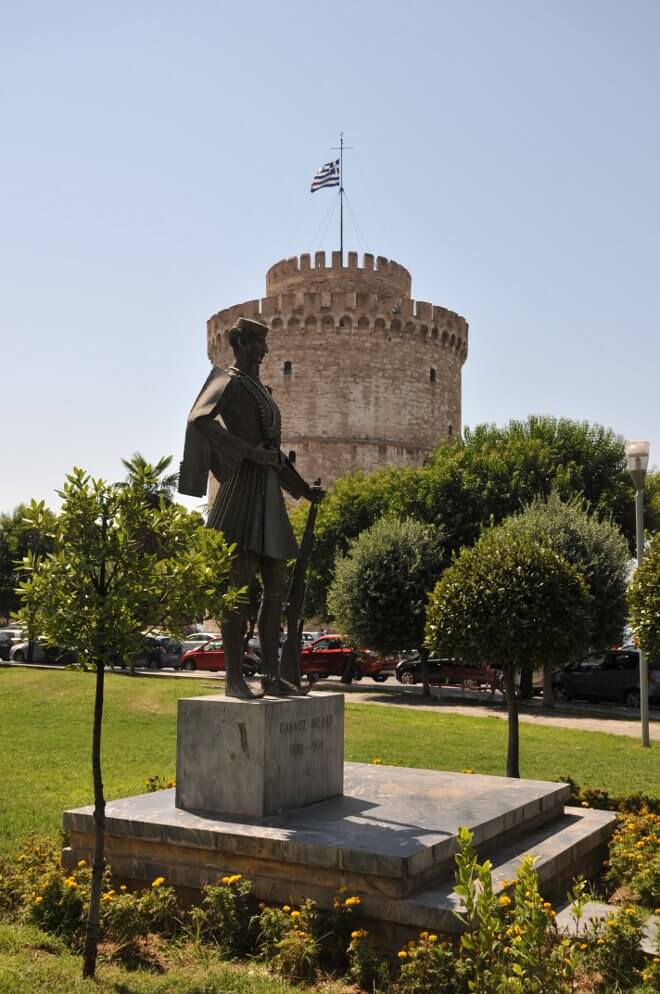 After the fight that took place in Siatista, his comrades cut off his head, which was buried in the church of Agia Paraskevi in Pisoderi. His body was handed over by the Ottoman authorities to the Metropolitan of Kastoria Germanos and was buried in the Byzantine church of Taxiarches in Kastoria, the last residence of his wife, Natalia, and his daughter.

The news of Pavlos’s death shocked Athens and especially his family. The whole Greek people mourn the hero who passed away so young in such a critical time. Since then, his name has become an emblem of the Macedonian struggle, while a large number of officers and citizens rush to Macedonia and teem the ranks of those who fight for its liberation.

His sacrifice is praised by the folk song and the great poet, Kostis Palamas, while the homeland, honoring him, recognizes him as a national hero.

Also read: “Septemvriana” 1955 | Black Day for the Hellenism of Constantinople