The Turks respond to the Lancet with Akıncı UCAV destroying Pantsir-S1 with MAM-T missile – VIDEO
Defence Redefined
Published on 23/04/2021 at 12:09 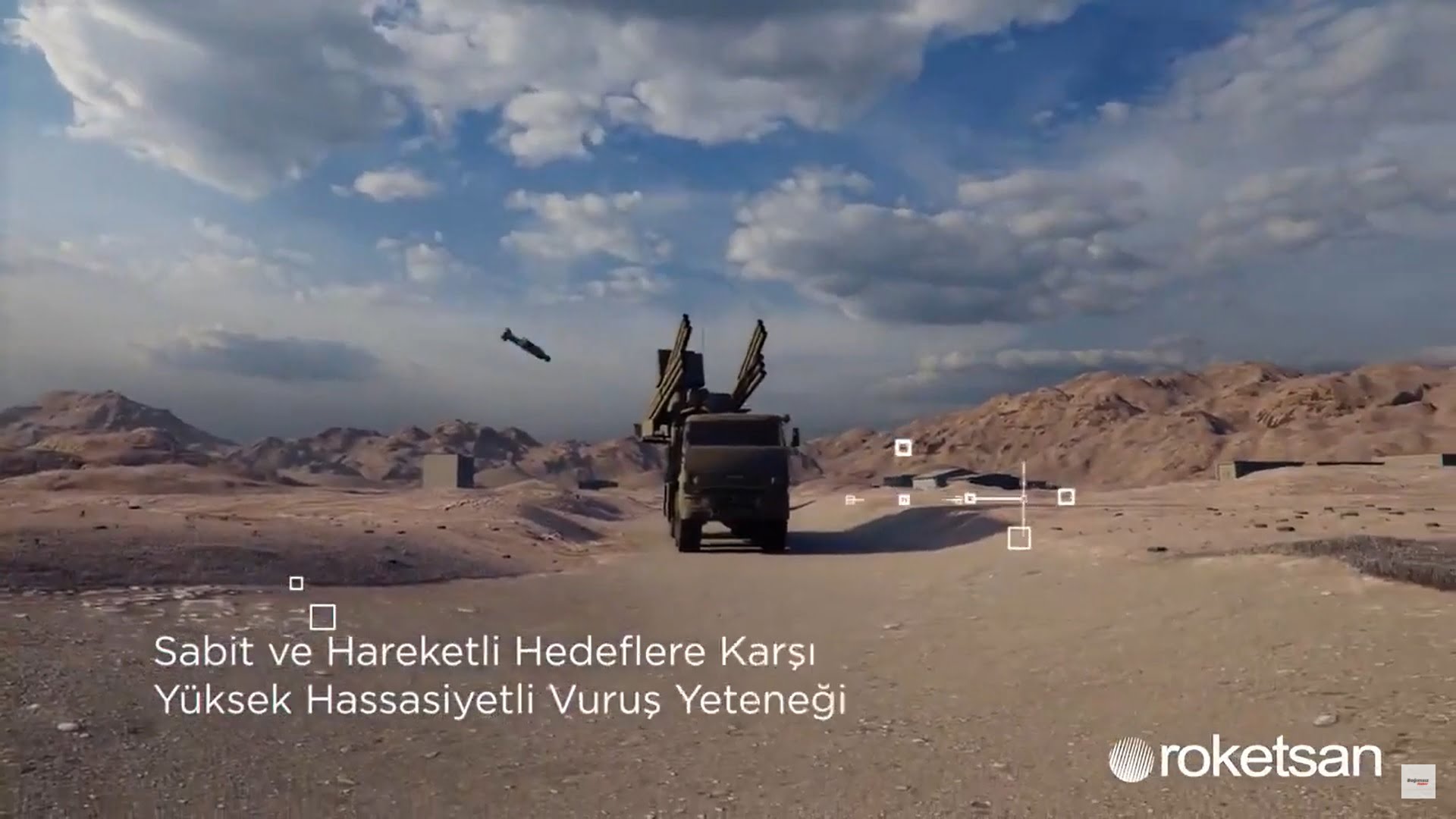 Obviously, this is a kind of response to the video recently broadcast on Russian television, which shows Russian “Lancet” destroying a Bayraktar TB2.

Also read: Zala Lancet | The “Airborne Mine Laying” system against UAVs – Video depicting an attack on a Bayraktar

Selcuk Bayraktar, CEO of Baykar, the maker of TB2 and Akinci UCAV, said the video was not just an animation, but more like reality.

More advertisement videos of the new MAM-T have also been released.

According to a Twitter post, the first test firing of the Turkish MAM-T ammunition, which were developed for higher warhead efficiency and longer range, was successfully carried out by an Akinci UCAV.

On April 21, the second test flight with the MAM-T ammunition took place, while the first firing took place on April 22. The firing took place in the presence of Baykar Technology CEO Selcuk Bayraktar at the Akıncı UCAV Flight Training and Testing Center in northwestern Turkey. A total of three MAM-T test missiles without warheads were fired from Akıncı UCAV through laser aiming, hitting its targets accurately.

Baykar Makina issued a press release stating that the Akıncı PT-3 UCAV took off for its first use of weapon campaign. The UCAV carried Roketsan MAM-L, MAM-C and MAM-T ammunition.

Known as the MAM-L and MAM-C missiles, they are the converted version of Roketsan’s Umtas Long-Range anti-tank missile and the Cirit missile. The third missile, however, is new to the public. According to the Turkish press, Akıncı used all three ammunitions and hit the target successfully.

The Smart Micro Munition MAM-T has been developed for unmanned aerial vehicles (UAVs) and light aircraft.

Ammunition can engage both stationary and moving targets such as armored vehicles or buildings and high-precision naval targets, thanks to its semi-active laser seeker.