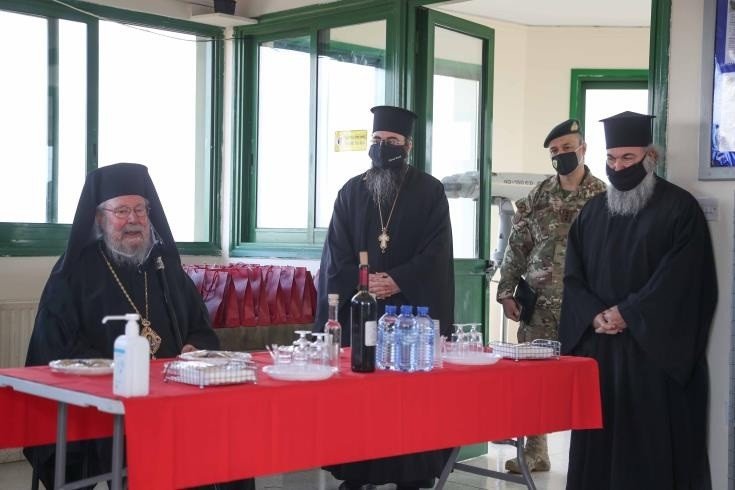 The Archbishop of Cyprus Chrysostomos started his tour today in view of the upcoming Christmas holidays and visited outposts in the Buffer Zone.

According to a statement from the Archdiocese, the Archbishop stressed, among other things, to the young conscripts that their short stay in the National Guard is not a waste of useful time, but on the contrary, military service offers young people proper education and training so that they can then cope with the difficulties of society.

“I served as a soldier in a more difficult army, that of monasticism. The time when I was a probationary monk was very hard and the heads of the monastery even harder. But now I thank and bless them. Because they taught me how to confront the difficulties of life,” he said.

At the outpost the Archbishop visited, the choir of soldiers sang timely hymns and carols as well as patriotic chants.

Finally, the Archbishop gave a charger Powerbank 12000mAh to the soldiers of the National Guard as a gift and a TV, heater etc for the general needs of the outpost. His visits to the camps will continue tomorrow, Friday, December 18.

Also read: Minister of Defence visits the Tomb of Makedonitissa and Imprisoned Graves