Minister of Defence visits the Tomb of Makedonitissa and Imprisoned Graves 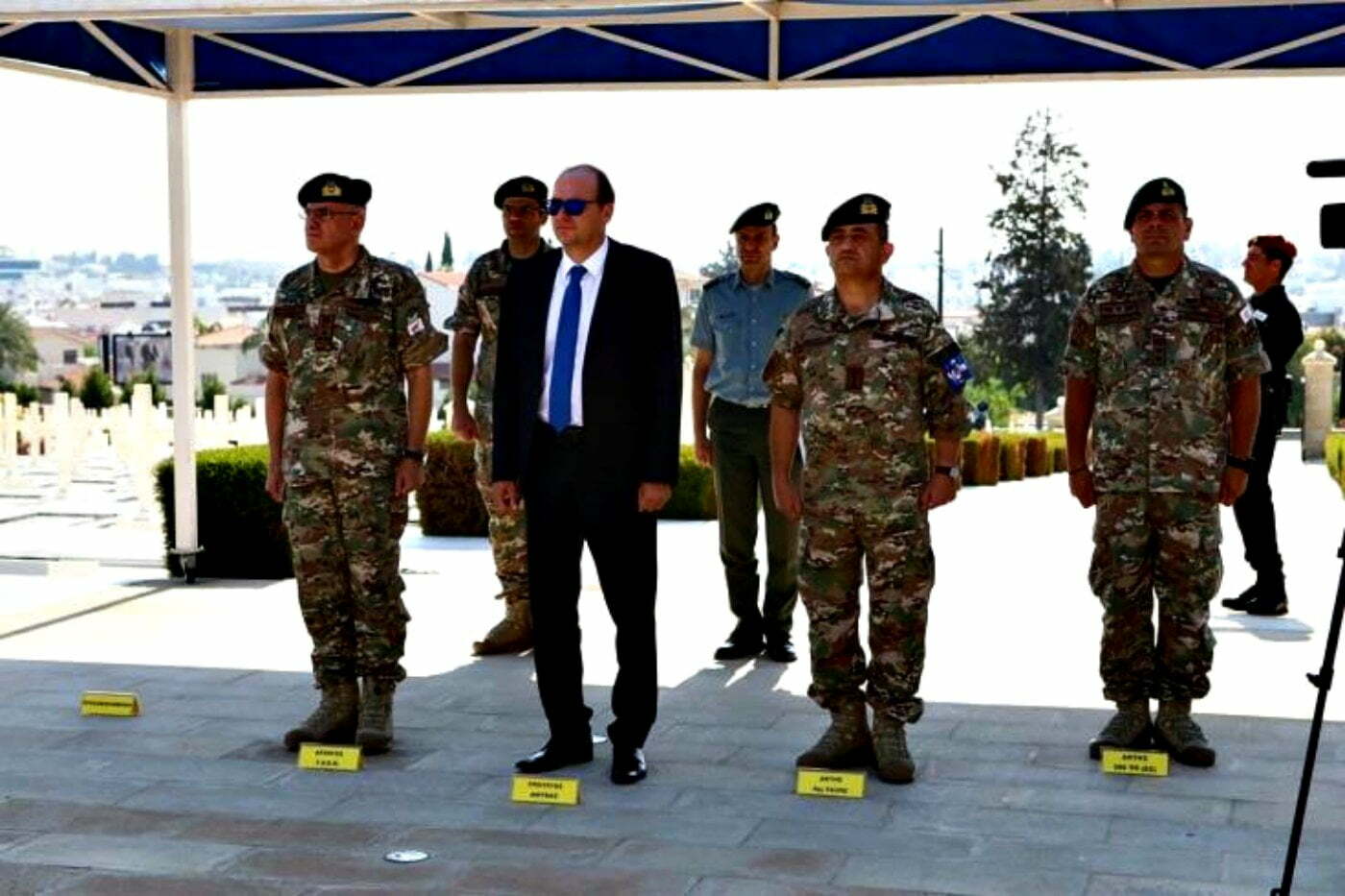 Today, the Minister of Defence, Charalambos Petridis, visited the military cemetery at the Tomb of Makedonitissa and the Imprisoned Graves, on the occasion of his duties assumption.

According to a statement made by the Ministry of Defence, Mr. Petridis, accompanied by the Chief of the National Guard, Lt. Gen. Democritus Zervakis, was briefed on the history of the Tomb and the area, the Noratlas aircraft located at the cemetery and the “Mother of the missing” monument. He then laid a wreath paying tribute to those who fell heroically in the struggle for the freedom of our homeland.

Afterwards, the Minister of Defence visited the Imprisoned Graves where he laid a wreath in memory of the heroes of the EOKA struggle where he was briefly informed about the conditions of the fighters’ detention.

Also read: Pictures from the handover ceremony of the Ministry of Defence | Photos