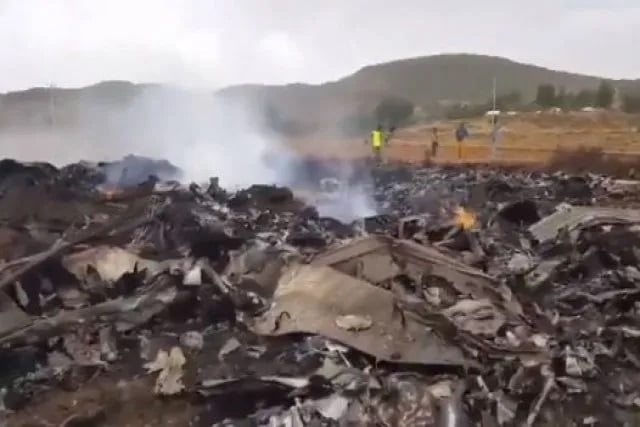 The plane was reportedly shot down this morning near the town of Gijet in the southeastern Tigray region. Sources in Tigray published photos showing the wreckage of the aircraft in question.

Now confirmed that a C-130 carrying troops and ammunition was shot down by the TDF in the vicinity of Gijet this morning. Images taken from the crash site show that the aircraft was totally destroyed. There are no survivors.
This is the third visually confirmed airframe loss. pic.twitter.com/ugl7tg2wQT

Only two C-130 aircraft are known to be in ETAF service. The two aircraft were provided by the United States to enhance Ethiopia’s administrative capabilities.

Getachew Reda, an adviser to Tigray President Debretsion Gebremichael, said the plane was carrying soldiers and ammunition. Everyone on board was killed.

#AbiyAhmed's desperate action after his heavy losses in the battlefield is taking his wrath on civilians as it was made clear in the wanton air attack in a marketplace in #Togoga. Today our antiaircraft units downed a C130 transport plane carrying explosives and munitions.

The TDF is a coalition of local Tigray paramilitary organizations, including the Tigray People’s Liberation Front (TPLF). The coalition was formed last November in response to Ethiopia’s major offensive in the region.

If confirmed, the C-130 crash would be the third aircraft crash over the Tigray since the outbreak of war in the region. On November 29, an ETAF MiG-23 fighter jet was shot down by the TPLF. On April 20, the paramilitary group also shot down a Mi-35 helicopter.

#Ethiopian Air Force C-130 which was shot down near Gijet today by Tigray Defense Forces pic.twitter.com/29vBli79yY

Ethiopian government forces have been fighting the TDF coalition in Tigray for more than seven months. However, 40% of the region is still in the hands of the coalition. Thousands were killed and millions displaced as a result of the war. According to information, human rights violations were committed by both sides.