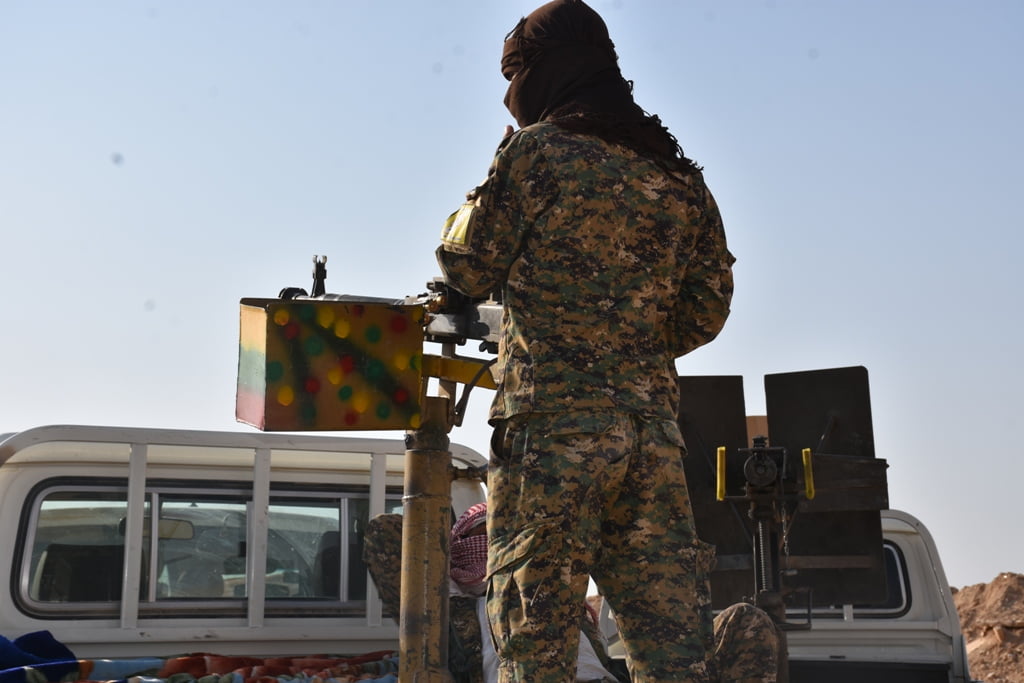 The Syrian Democratic Forces (SDF) repulsed another attack by Turkish forces on the outskirts of Tell Tamr, in the province al-Hasakah yesterday, March 26.

According to the Hawar News Agency, Turkisk-backed Syrian fighters of the Syrian National Army (SNA) paramilitary organization attacked the village of al-Dardarah, north of Tell Tamr, with artillery fire. SDF fighters, however, managed to repel the attack, inflicting losses on the SNA.

Also read: Clashes between Syrian Army and SNA near the city of al-Bab – All developments in Syria – VIDEO

In particular, 3 SNA fighters were killed in the attacks, while a number of double-cabin vehicles equipped with machine guns were destroyed. This was the third attack on the outskirts of Tell Tamr this week. On March 24 and 25, the SDF repulsed two attacks on the villages of Tell al-Laban and Kuzaliyah. A total of nine fighters were injured.

Last week, Turkish forces carried out a similar series of attacks on SDF positions near the town of Ain Issa in northern Raqqa. All attacks were repulsed by Kurdish fighters who killed several Syrian-backed Syrian SNA fighters. The SDF surrendered the bodies to the Turkish side on March 27 after Russian mediation.

Bodies of #Turkish-backed mercenaries killed during clashes in northeast #Syria's Ain Issa were handed over to SNA by the #SDF through #Russian mediation. #TwitterKurds #Kurds #AinIssa pic.twitter.com/511BSOlWRr

Turkish forces are apparently planning to escalate their aggression in al-Hasakah province. More attacks are likely to take place on the outskirts of Tell Tamr in the coming days. The Christian city is the stronghold of the SDF, while Russian and Syrian government forces are also present in the area.

Also read: Syria | New round of hostilities – All developments on the interactive map