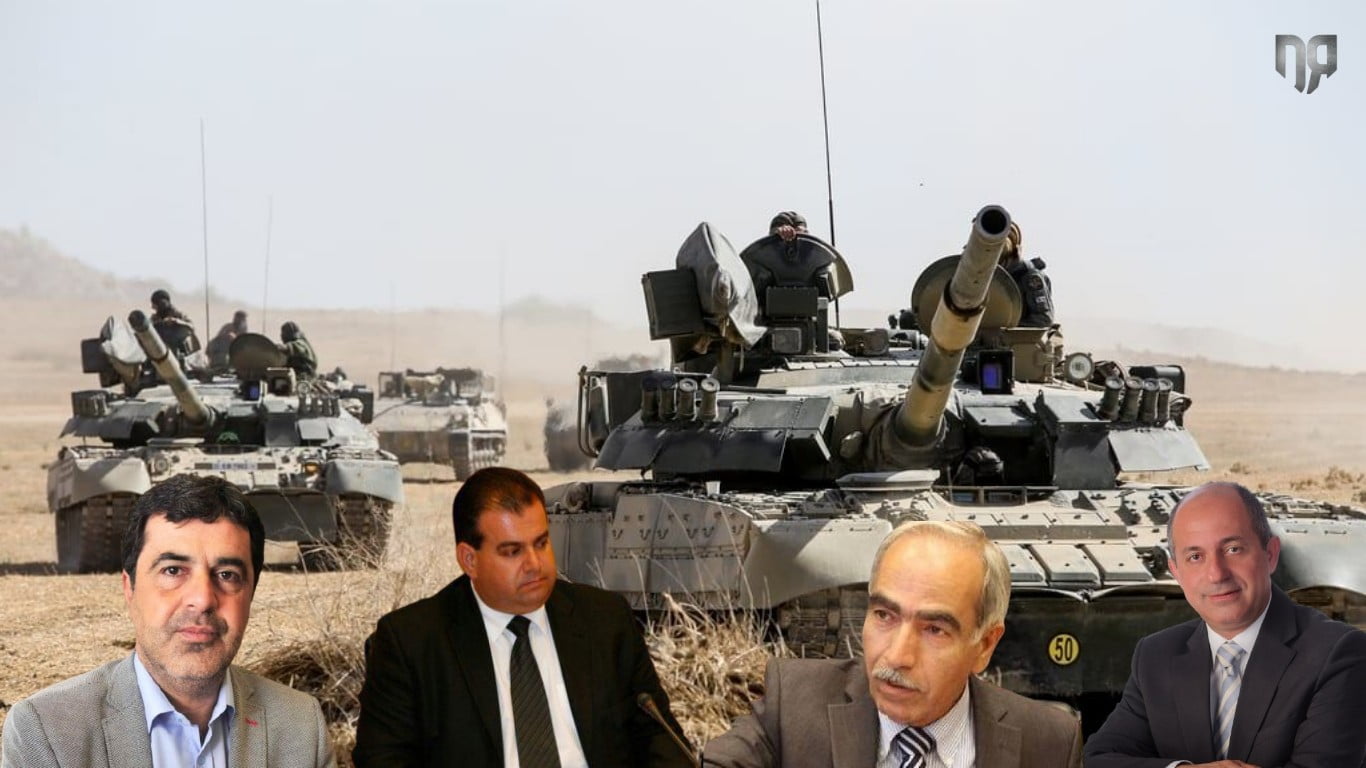 Important issues were discussed during yesterday’s meeting of the Parliamentary Committee on Defence, in the presence of the Minister of Defence and the Chief of the General Staff. In the meeting issues related to the operational condition of the National Guard, the defence shield budget for 2021 and the supplementary budget 2020 for the strengthening of the Defence Shield of Cyprus were discussed.

Also read: The defense shield budget for 2021, discussed by the Defense Committee

Today, DEFENCE ReDEFiNED contacted the members of the Defence Committee and talked with the MPs of Democratic Party (DIKO), Pavlos Mylonas and Zacharias Koulias, the Democratic Rally (DISY) MP, Giorgos Karoulas, and the AKEL MP, Costas Costa, who answered our questions.

We note that we also tried to contact other members of the Defence Committee, but we were informed that some of them did not attend the meeting for various reasons. Also, it has not been possible to contact the Chairman of the Defence Committee, Marinos Sizopoulos (Social Party-EDEK), the Deputy Chairman, Giorgos Papadopoulos (Solidarity Movement-Allilengyi) and the MP of the Cooperation of Democratic Forces, Giorgos Prokopiou.

Given the classification of the information requested, there was no discussion on sensitive information, but our MPs conveyed the prevailing situation.

Regarding the funds for the purchase of weapon systems, Mr. Mylonas told us that these are increased for some specific weapon systems; however, the Committee on Defence requested even greater increases for such funds.

Mr. Koulias told us that the corresponding amounts are not spent and characterized the Defence budget as the “poor relative”.

Regarding the personnel of the National Guard, Mr. Mylonas told us that: “we asked to find ways to raise the morale of the military personnel, which in our opinion is very low. When the employee feels that the ‘boss’ does not appreciate him, his productivity is much lower,” said Mr. Mylonas.

During the meeting of the Defence Committee, other weapon systems were discussed, which, according to Pavlos Mylonas, “are up to date”, without, however, naming them. Officials of the Ministry of Defence and the National Guard General Staff answered that studies have been done and these will be addressed. The weapon systems that the DIKO MP was obviously referring to are the Unmanned Aerial Vehicles (UAVs) and their use in military operations, a discussion we had a few weeks ago with the Chairman of the Defence Committee, Marinos Sizopoulos.

“Under the current circumstances, what is being planned is very good,” said Mr. Mylonas. He went on to explain that “many weaknesses that have been observed recently have been covered up” regarding the weapon systems of the National Guard.

“Despite the fact that there are still serious weaknesses, two classic weaknesses, one of which has existed for centuries, they are trying to cover them (i.e. the Officers of the Ministry of Defence and the National Guard General Staff) in some ways and I think the efforts and what they told us they will do is quite satisfactory,” said the Democratic Party MP.

Asked if the Nagorno-Karabakh conflict concerns the Ministry of Defence, the National Guard and, consequently, the Defence Committee, Pavlos Mylonas pointed out that this issue was also discussed and that: “this great success of the Azeris with the UAV raises the concern as to whether there are ways to deal with it. Very important things are underway, for which answers will be given very soon,” he said.

“In general, there are specific weaknesses in our defence organization. They are known. There were problems due to the financial crisis. In addition, and this is my personal position, there were problems due to the incompetence of the political staff in the last 20 years, especially after the collapse of the unified defence doctrine, where Defence was left to the mercy of God,” stressed Mr. Mylonas.

Concluding, Mr. Mylonas told us that “something is changing for the better, and this comes from the awareness of people that there is a real threat from Turkey and the political staff is forced to take it into account at last.”

DISY MP Giorgos Karoulas stated his position simply, informing us that “we have a lot of new material and more will be revealed in the new year.” Mr. Karoulas simply stated that “with this addition (additional 77.2 million euros) the budget for the defence shield for 2020 will reach 120 million euros.”

“We must recognize that over the last four years the amount spent on acquiring modern weapon systems amounts to 100 million euros per year, which significantly increases our deterrent power as well as our bargaining power.”

AKEL MP Costas Costa did not make any statements, however he confirmed that there will be developments very soon.

Based on what has been made public, the current armament programs of the National Guard concern the purchase of a new Squadron of Exocet MM40 Blk3c missiles with a range of 200 km, the upgrade of the remaining Exocet MM4040 and the Acquisition of the Mistral-3 portable short-range (MANPADS) anti-aircraft missiles (V-SHORAD).

Furthermore, the National Guard is in the process of receiving the second Squadron of the Serbian Nora-B52 155 mm artillery. The initial order of the National Guard concerned the supply of 24 self-propelled guns and 8 BOV M16 reconnaissance vehicles MILOS of the Serbian state-owned company Yugoimport SDPR. So far, the vehicles of the 1st Squadron, which is based in a Camp in the province of Nicosia and has already become operational, have been received.

The DEFENCE ReDEFiNED team will monitor all developments and will inform you in a timely, valid and responsible manner on all matters concerning the defence and security of the Republic of Cyprus.

“OTHELLOS” SHORAD System | The tireless “guardian” of the Cyprus Skies