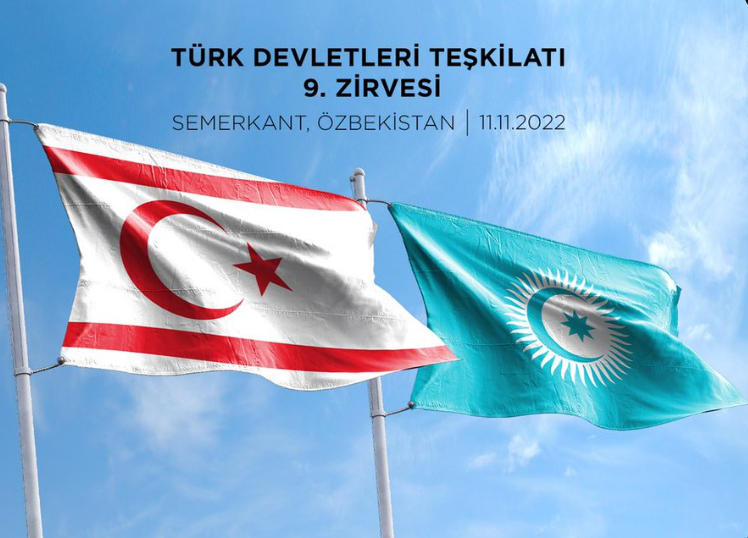 An indirect way to recognize the pseudo-state as an independent country was found by Recep Tayyip Erdogan, as he called on the international community to “recognize the TRNC” during his speech at the United Nations in September.

As Turkish Foreign Minister, Mevlut Cavusoglu, announced on Friday, the so-called Turkish Republic of Northern Cyprus (TRNC) has become a non-member observer of the Organization of Turkic States (OTS).

The Turkish Foreign Minister tweeted that everything is progressing “step by step”, referring to Ankara’s efforts for international recognition of the Turkish community in northern Cyprus and reiterated that Turkey stands by the TRNC.

Erdogan chaired the OTS summit in Samarkand, Uzbekistan, and added that it would be beneficial for the organization to implement the Turkic Investment Fund “as soon as possible”.

Turkey led the summit of Central Asian nations aimed at strengthening economic ties with the region’s resource-rich former Soviet states as Moscow is distracted by the war in Ukraine.

The response of the Cypriot Ministry of Foreign Affairs

An announcement regarding the results of the Session of the Organization of Turkic States was issued by the Ministry of Foreign Affairs of the Republic of Cyprus.

The announcement refers to the proceedings of the Organization of Turkic States Summit held in Samarkand, Uzbekistan, where Turkey proposed changing the Statute of the Organization, in a way that would also allow the participation of “entities” under observer status.

According to the relevant announcement, based on the Statute of the Organization, only internationally recognized and sovereign states participate in it, either as full members or observers.

Given the refusal of the rest of the member-states to accept the inclusion of the separatist entity of the pseudo-state under observer status, Turkey proposed changing the statute, so that the participation of unrecognized “entities” is also provided for. This is underlined in the announcement, which emphasizes that the fact that Turkey itself promoted and chose to accept the downgrading of the pseudo-state’s participation as an “entity” rather than a “state” proves the obvious. In other words, no state in the International Community, nor the Turkic states, accept or recognize any legal or international status for the separatist entity of the so-called “Turkish Republic of Northern Cyprus” (TRNC).

Therefore, any attempt by Turkey to present the event in question as a victory is nothing more than a meaningless and contentless development. With its actions, it managed to secure observer status for the pseudo-state under the category of “entities” and this, of course, under the condition of the ratification of the new statute by the member-states of the Organization.

The relevant public statements of the President of Kazakhstan and the Minister of Foreign Affairs of Uzbekistan are also noted with interest, where both expressed their countries’ support for International Law and the need to respect the Sovereignty, Independence, and territorial integrity of all states.

It is obvious that Turkey’s dead-end policy of granting a status of sovereign equality to the pseudo-state and its insistence on an equal international status was and remains fruitless, concludes the Ministry of Foreign Affairs of Cyprus in its announcement.

OTS is a transnational bloc, established with the aim of expanding cooperation between Turkish-speaking countries in the fields of politics, economy, science, education, transport, and tourism. The members of the organization are Azerbaijan, Kazakhstan, Kyrgyzstan, Turkey, and Uzbekistan. Hungary and Turkmenistan have observer status in the organization.

The group could expand further if reclusive Turkmenistan becomes a full member – an expansion announced by Turkey’s Foreign Ministry but not confirmed by Ashgabat. If Turkmenistan joins, the association created in 2009 will integrate all Central Asian language-speaking countries into the Turkish group.