Official visit of the Minister of Defence of the Slovak Republic | Photos
Defence Redefined
Published on 29/07/2021 at 16:02 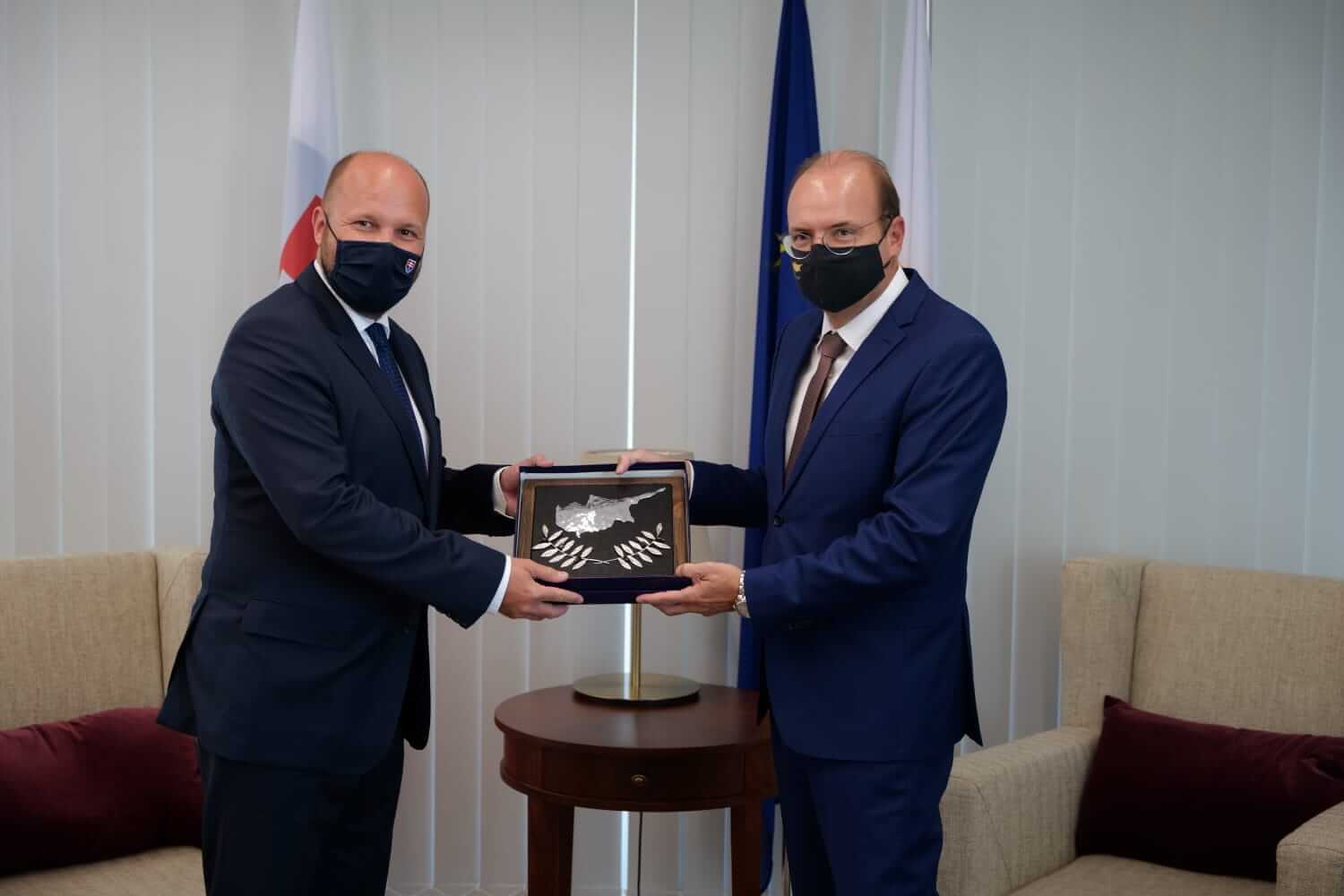 An official visit of the Minister of Defence of the Slovak Republic, Jaroslav Naď, to Cyprus, took place today.

According to a statement by the Ministry of Defence of the Republic of Cyprus, the two Ministers discussed issues related to the relations between the two countries in the fields of Defence and Security, the ongoing tension in the Eastern Mediterranean region and current developments in Cyprus and the European Union. 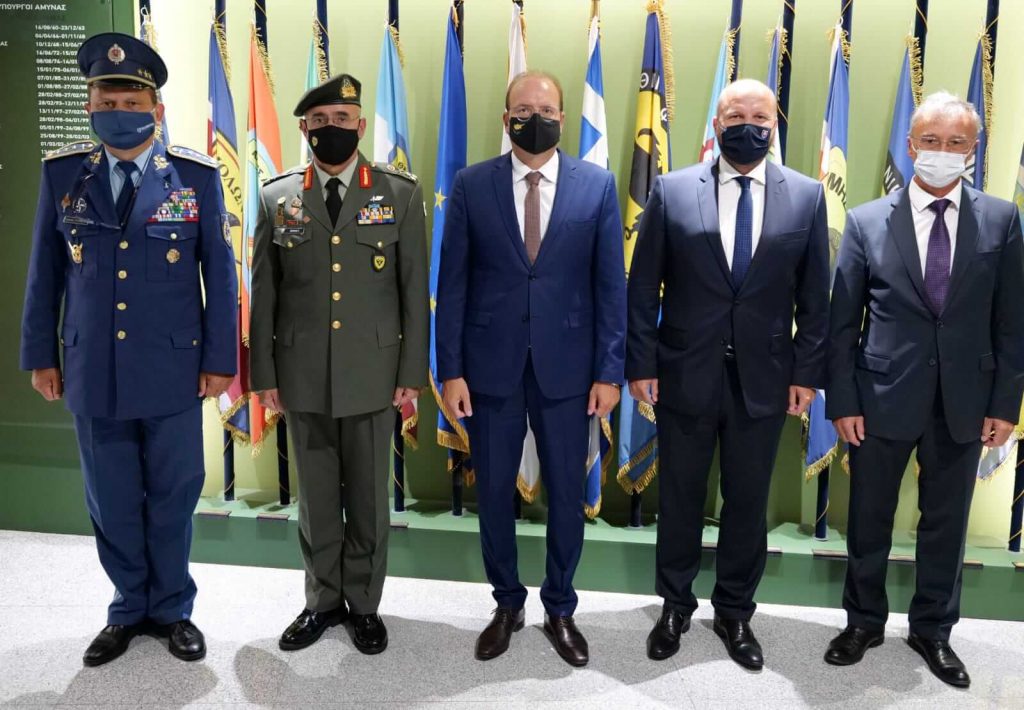 In a friendly spirit, they exchanged views on the new prospects created by the Strategic Compass on potential threats to the EU as perceived by the Member States. The new initiative of the European Defence Fund and the opportunities it provides for the development of defence capabilities were also discussed.

The two Ministers signed a Memorandum of Understanding aiming to establish general principles and procedures to carry out future defence and military cooperation. The cooperation within the framework of the Memorandum will be carried out in accordance with the principle of mutual benefit. 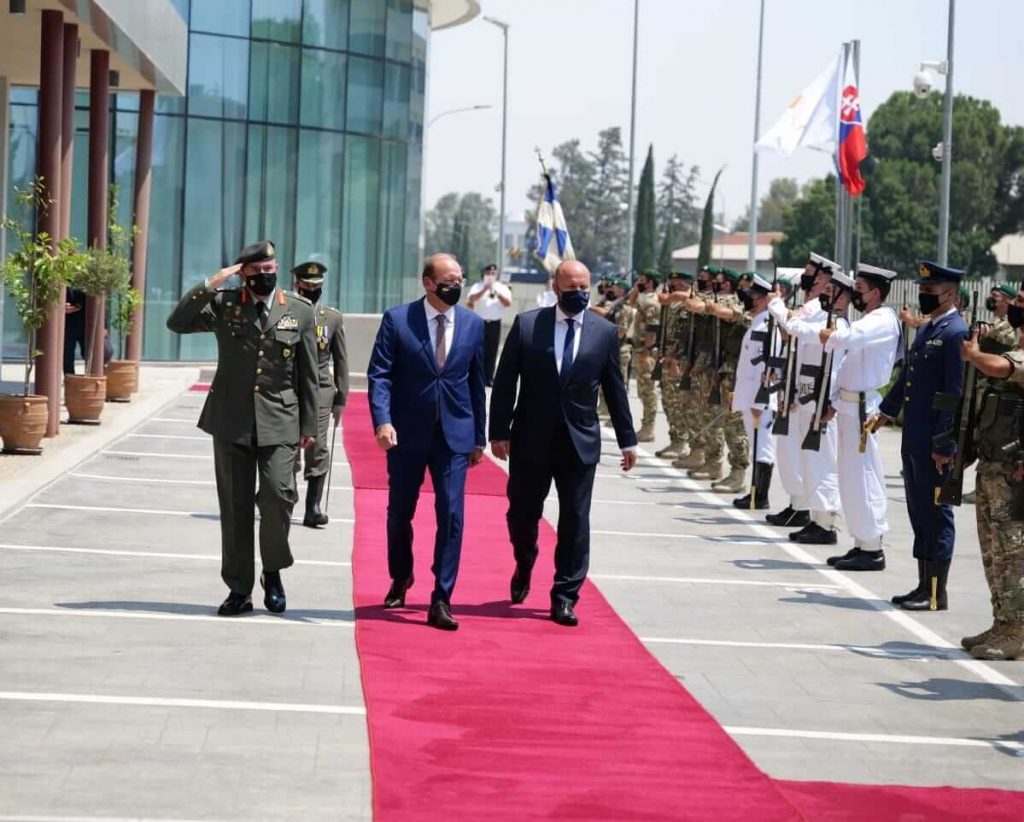 The minister asked his Slovak counterpart for assistance, through a mission of experts, on Hybrid Threats, an area in which  Slovakia has recently drawn up a promising action plan.

Mr. Petridis conveyed to Mr. Naď the full support of the Government of the Republic of Cyprus to the work of UNFICYP and expressed its gratitude for the valuable contribution of Slovakia.

Also read: UNFICYP | The first joint participation of the Serbian and British Armed Forces after the Second World War in Cyprus – Photos