Nikos Panagiotopoulos | All armament programs – “The budget of 2021 amounts to 5.44 billion” 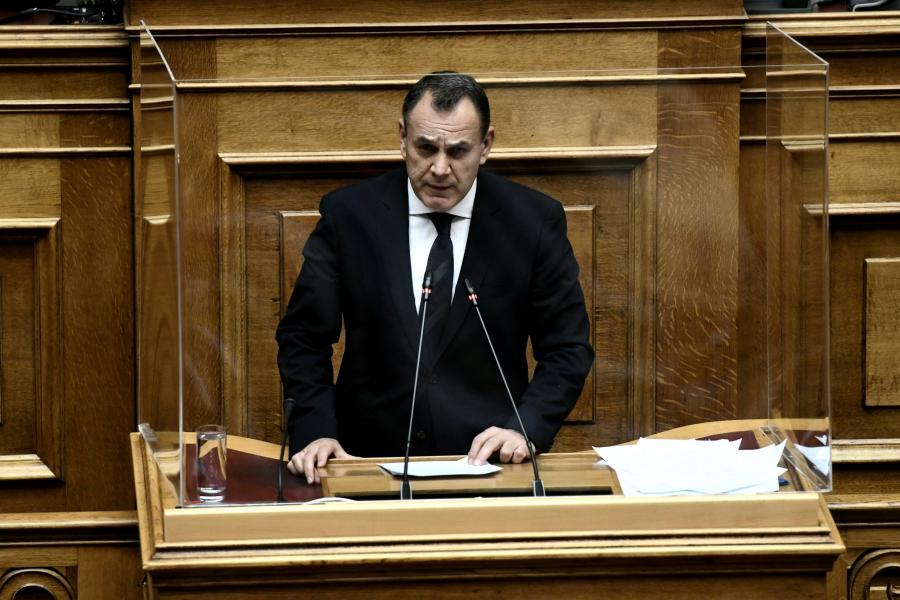 The Minister of National Defence Mr. Nikos Panagiotopoulos addressed the Greek Parliament on Sunday December 13, 2020 during the debate in the Plenary Session for the “Ratification of the State Budget for the fiscal year 2021” bill.

During his speech, the Minister referred to the need for immediate, intensive and systematic strengthening of the deterrent force of the Hellenic Armed Forces, due to the intensifying challenges and threats against the security of the country.

For this reason, “the Government, led by the Prime Minister, increases the budget of the Ministry of National Defence from 3.35 billion (in total during 2020), to 5.44 billion for 2021, thus returning to spending levels of the decade 2000 – 2010,” stressed Mr. Panagiotopoulos.

The Minister described the outgoing decade as a “decade of ‘de-investment’, inaction and poor planning”, stating that the acquisition of new torpedoes, a project of around 100 million euros, would be perfectly compatible even with the financial difficulties, if there was right planning. But also on a case-by-case basis the devaluation of specific weapon systems of the Armed Forces, such as the Mirage 2000-5 which from 2012 until recently lacked spare parts, since the initial contract had not preceded their subsequent support in spare parts.

According to Nikos Panagiotopoulos, the budget of 2021, increased by 2.1 billion euros, includes:

The Minister of National Defence reminded that, among others in 2021 the following programs will be implemented: the program for the acquisition of the French “Rafale” fighter jets along with their weapons and the contract of their follow-on support, the program for the acquisition of four multi-role frigates and the modernization program of the existing four MEKO class frigates, the upgrade and completion of the Submarine torpedoes program, the acquisition of new state-of-the-art “Romeo” helicopters with excellent anti-submarine capabilities, new anti-tank weapons for the Army, new missiles for the Air Force, new unmanned aerial vehicles for the Air Force and the Navy, national rifle and national vehicle programs with significant added value to the domestic defence industry.

The Minister also emphasized the fact that chronic problems of upgrading and support of systems are solved, such as:

Continuing his speech, Nikos Panagiotopoulos also said that the 105 sub-programs worth a total of 11.5 billion for the next six – seven years that have already been planned are continuing. “This planned armament program, the largest in terms of annual planning and budget that has existed in recent decades and will be implemented quickly and transparently, starting with the contract for the acquisition of the “Rafale” aircraft that we will bring to Parliament in the coming days,” said the Minister in his speech.

Closing his speech, Nikos Panagiotopoulos pointed out that: “As the political leadership of the Ministry of National Defence under the orders of the Prime Minister we understand our own work, our national critical mission, and help the Armed Forces to perform their duty even better by equipping them properly. That is what the Greek people now want.”

You can watch the speech of the Minister of National Defence here (in greek):