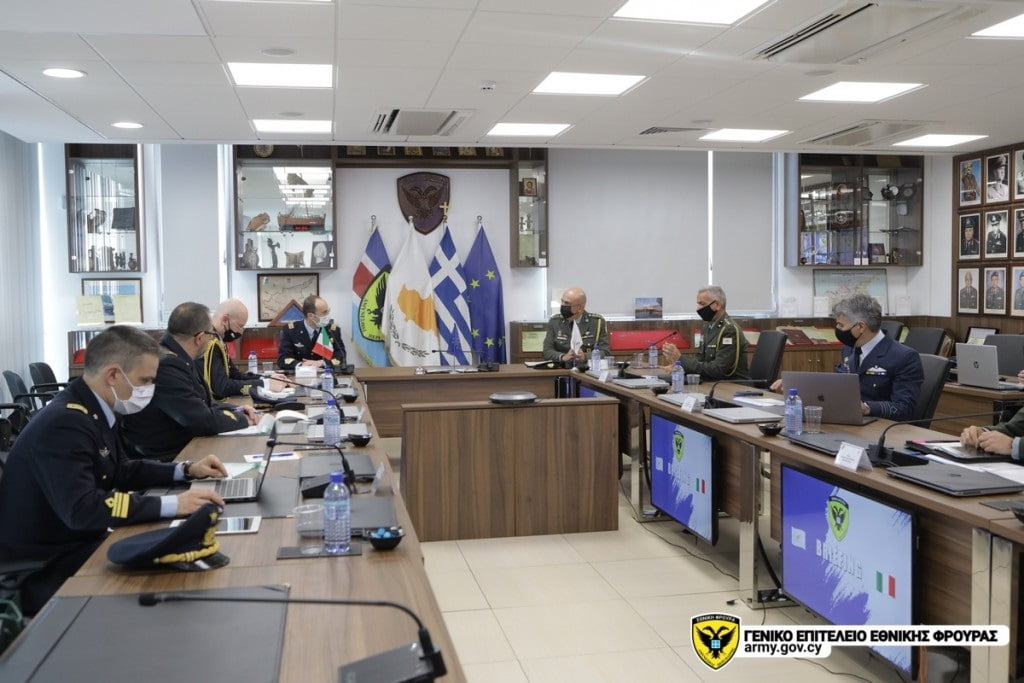 On Thursday, April 15, 2021, the Bilateral Defence Cooperation Program 2021-2022 was signed at the General Staff of the National Guard between the National Guard and the Italian Armed Forces. The signing ceremony of the program took place in the presence of delegations from both countries.

The program includes, among other things, the conduct of joint exercises, training and bilateral contacts to promote the military cooperation between the Republic of Cyprus and Italy.

During the presence of the Italian delegation in Cyprus, the Chief, Colonel David Morpurgo, had a private meeting with the Chief of the National Guard, Lieutenant General Democritus Zervakis in the presence of the Defence Minister, Colonel Efrem Moioli. During the meeting, the excellent relations between the Armed Forces of the two countries were reviewed, while the actions provided by the Defence Cooperation Program and the ways to further develop military cooperation were discussed.