With a well-produced video, the General Staff of the National Guard released footage from the training of the 20th Armored Brigade’s Units.

Specifically, live-fire shoots took place from the coaxial 30 mm 2A72 gun of the Infantry Fighting Vehicle (IFV) BMP-3 and 0.50” heavy machine guns from the Armored Personnel Carrier (APC) “Leonidas”. In addition, the personnel of the Armored Units executed shots with the RPG 40mm launchers and the GP-25 grenade launchers from AK-74 rifles. It is worth noting that the targets in the Sia firing range included 2 decommissioned AMX-30 tanks. 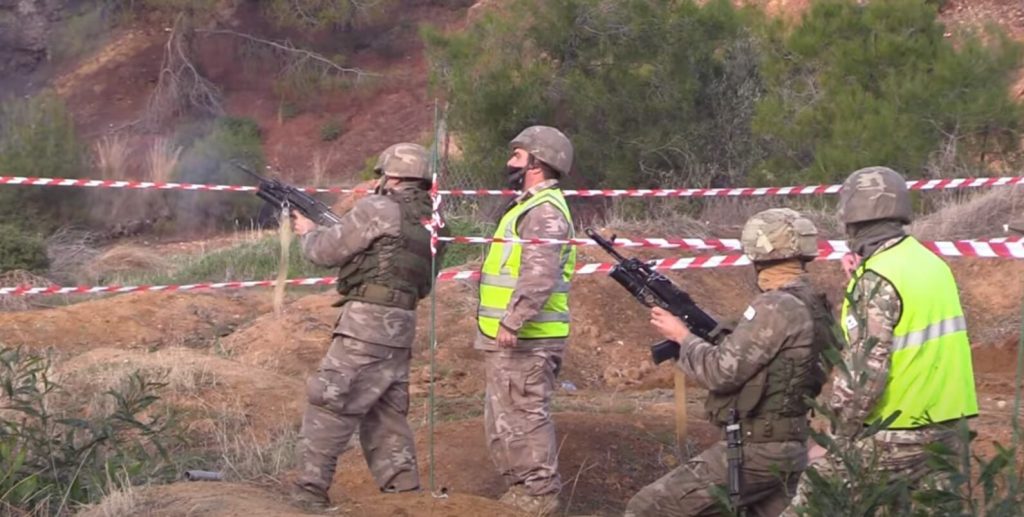 AMX-30s were decommissioned between 2010 and 2011, whereas in 2017 the Defence Ministry procured a contest for destroying 54 of these. Eventually the procurement was not executed and a number of AMX-30 tanks are being used for live-fire training shots in shooting ranges. In December 2018, part of a decommissioned AMX-30 was stolen from the Xyntous firing range in the community of Agia Marina Xyliatou.

Shots with the coaxial 30 mm 2A72 gun, of the Infantry Fighting Vehicle (IFV) BMP-3

The announcement of National Guard General Staff follows below:

“In the context of the training of the personnel of the Armored Units, a two-day shooting activity took place on the 26th and the 27th of January 2021 at Sia Shooting Range.

During the two days, shots were fired, during day and night, with guns and machine guns from Infantry Fighting Vehicles and Armored Personnel Carriers as well as with the individual and heavier armament of the vehicle’s crews.

This activity is part of the 2nd Training Cycle of the National Guard, which emphasizes the group training of the permanent personnel, professional soldiers (SYOP) and hoplites under conditions which resemble those of the Battlefield.

The two-day shooting was attended by the Chief of the National Guard, Lieutenant General Democritus Zervakis, noting the high level of readiness and morale of the personnel.

During the two days, the necessary measures were taken to comply with the provisions of the decrees of the Ministry of Health concerning COVID-19, including the examination of the participating personnel with rapid antigen tests by the National Guard’s Directorate of Health”.