Ministry of National Defence | Signing of 3 EDIDP programs in which Cyprus Companies participate
Defence Redefined
Published on 07/07/2021 at 16:20 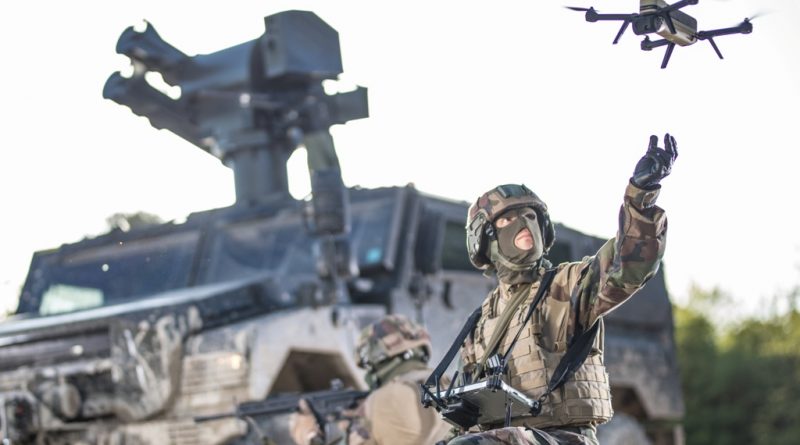 The Hellenic Ministry of National Defence has proceeded with the approval and signing of the agreements for the European programs of the European Defence Industrial Development Programme (EDIPD). Greece and Cyprus companies participate in these programs.

Specifically, on June 25, 2021, following the authorisation of the Minister of National Defence, the agreement for the Research and Development Program no.03/21 “Development of a Decision Support Toolbox for enhancing the feasibility study of the Upgrade of Maritime Surveillance through the integration of legacy assets with new innovative solutions – DECISMAR” was signed between the General Directorate for Defence Investments and Armaments (GDDIA) and a consortium of European entities which are coordinated by the Greek company “ETME PEPPAS and ASSOCIATES EU”.

Likewise, on July 5, 2021, following the authorisation of the Minister of National Defence, the agreement for the Research and Development Programs no. 01/21 “Development of Software Defined Mobile Ad-hoc Tactical Network Devices and Testbed – SMOTANET” and no. 02/21 “Low Observable Tactical Unmanned air System – LOTUS” were signed between GDDIA and a consortium of European entities coordinated by the domestic company “Intracom Defense – IDE”.

The Decision Support Toolbox (DECISMAR) program focuses on building a decision support system (DSTx) that will provide a dynamic and interactive approach to conducting feasibility studies. The latter aim at supporting the upgrading of maritime surveillance in the framework of both the current and future High Level of Operational Requirements (HLORs) of the Permanent Structured Cooperation (PESCO) project entitled “Upgrade of Maritime Surveillance.”

The project coordinated by the Greek company ETME will last 24 months and will cost € 7,859,740.00, of which € 7,499, 740.00 will be funded by the European Union. The Cyprus company participating in the program is SIGNAL GENERIX LIMITED.

The cost of the program, coordinated by Hellenic Intracom Defense, amounts to € 3,907,724.00 and will be fully funded by the European Union. The Cyprus company participating in the program is SIGNAL GENERIX LIMITED.

The LOTUS program focuses on the detailed design and development of a reliable and interoperable Tactical Remotely Piloted Aircraft System (RPAS) for use in ISR (Intelligence, Surveillance, and Reconnaissance) missions.

The program, coordinated by Hellenic Intracom Defense, will last 45 months at a cost of € 9,698,195.00, of which € 8,779,380.00 will be funded by the European Union. The Cyprus companies participating in the program are SIGNAL GENERIX LIMITED, CY.RIC CYPRUS RESEARCH AND INNOVATION CENTER LTD and GEOIMAGING LIMITED.