Ministry of Defence | Installation of LEDs in camps of the National Guard – Learn about the environmental policy in N.G 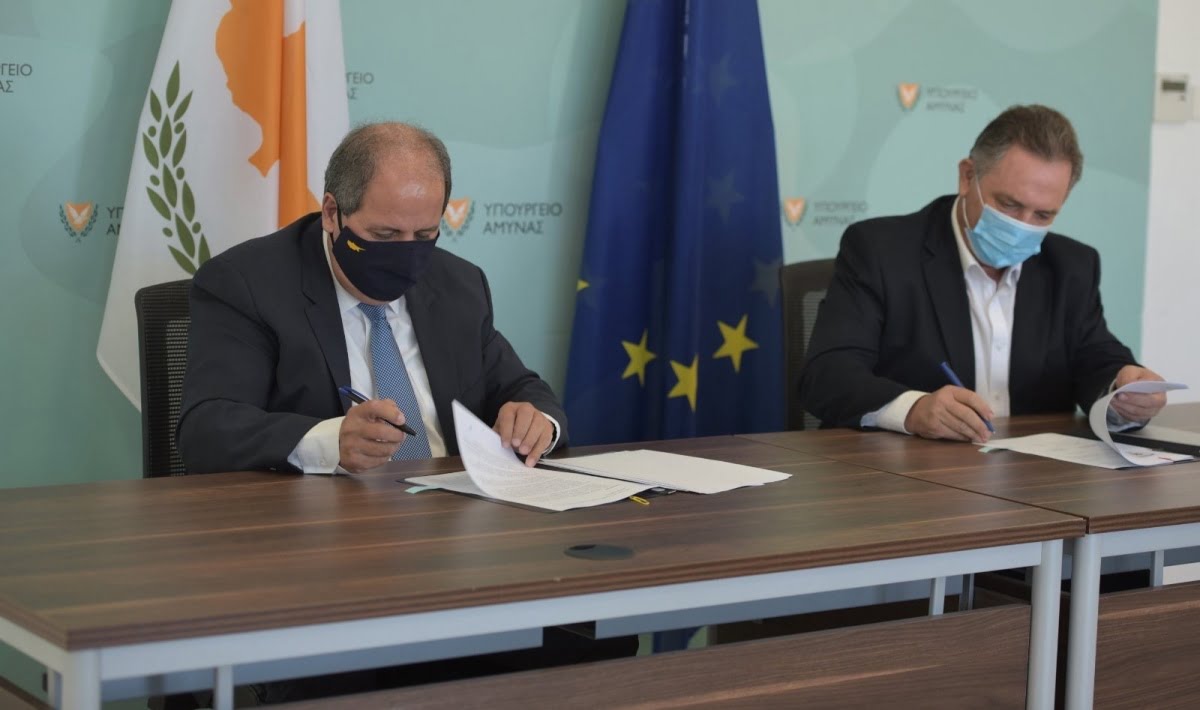 The Ministry of Defence (MoD) announced that in the context of its energy and environmental policy, on Wednesday, October 29, 2020 it signed an Agreement with the Cyprus Electricity Authority (EAC) for the replacement of lamps in National Guard’s camps with energy-saving LEDs. An eight-year maintenance and management of the old luminaires is included in the agreement.

Also read: Individuals request the 106 SNE for use | What applies today for the provision of medical care in the National Guard

The agreement includes the replacement of 6600 energy-saving luminaires with LED luminaires. The first phase of the project begins in November this year and is expected to be completed in September 2021 when 2200 luminaires will have been replaced. Then, during the years 2021-2023, the remaining 4400 luminaires will be replaced.

The replacement of the luminaires, according to the proposal – study of the EAC, is expected to produce an energy benefit and cost savings of around 67%.

It is worth noting that the National Guard (N.G) has been implementing the energy and environmental policy of MoD for years, with the implementation of various measures.

The most important environmental programs/actions developed, promoted and implemented by the Environment Committee of the MoD since 2005 (year of its establishment) include:

Furthermore, it has developed and implemented an Environmental Management System according to the European Regulation EMAS (Eco Management and Audit Scheme) in five (5) N.G camps (T. Markou, M. Georgala, P. Katelari, Papandreou Airforce Base, Florakis Naval base) after the successful implementation of EMAS at the “Lt.Gen Stylianos Kalpourtzis” camp in Delikipo.

It is noted that the “Stylianos Kalpourtzis” camp was the first camp in Europe to implement an EMAS Environmental Management System and the first to be recognized at a European level as “Best Practice” by the EDA and the European Commission.

With information from: Ministry of Defence

Also read: EXCLUSIVE |  “State of the art” security system by Krypto in a National Guard camp