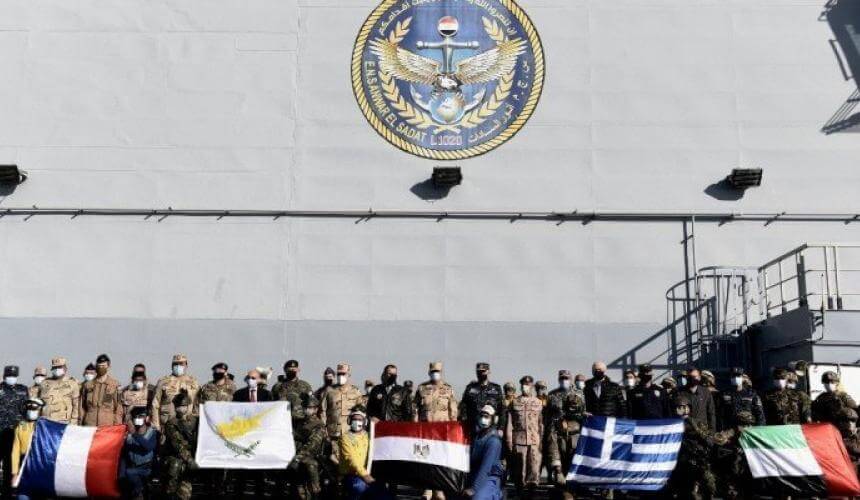 The joint Greek-Egyptian aeronautical exercise “MEDOUSA 11”, conducted within the existing military cooperation program, has been underway since November 14, 2021.

Although it was initially conducted as a bilateral exercise between Greece and Egypt, it has turned into a five-party alliance of the Mediterranean with the participation of Greece, Cyprus, Egypt, the United Arab Emirates, and France.

The 115th Combat Wing in Akrotiri, Chania hosts the MEDOUSA fighters. Apart from the Greek fighters, however, fighters from Egypt and the UAE will also be at the said Combat Wing for the next few days. In fact, according to information from enikos.gr, the fighters of Egypt and the UAE will stay after the completion of “MEDOUSA” exercise to participate in separate exercises with our Air Force.

In terms of France, even though it has been announced that for the time being its flag will be raised, without having substantial participation, it is very likely that it will surprisingly end up with a more dynamic “presence”. Saudi Arabia, the United States, Bahrain, Sudan, Jordan, Italy, and Germany will participate as observers.

The five countries participating this year are the same as those who participated in last year’s “MEDOUSA 2020”.

The exercise is conducted in the sea area of ​​the southern/southeastern Aegean and the Cretan Sea with the participation of units of the Hellenic Navy and the Air Force of the participating countries.

The main cooperation / joint training items of the exercise include:

The purpose of the exercise is twofold: on the one hand, it is operational, since the implementation of the activities will contribute to the improvement of the skills of commanders and officers in the conduct of joint operations as well as the exchange of experiences between the participating forces, in order to achieve the highest skill levels and readiness in joint tasks under various circumstances; on the other hand, the purpose is political, since the participating states will send for the next few days, until November 22, multiple messages in each direction to promote stability and peace in the wider region.