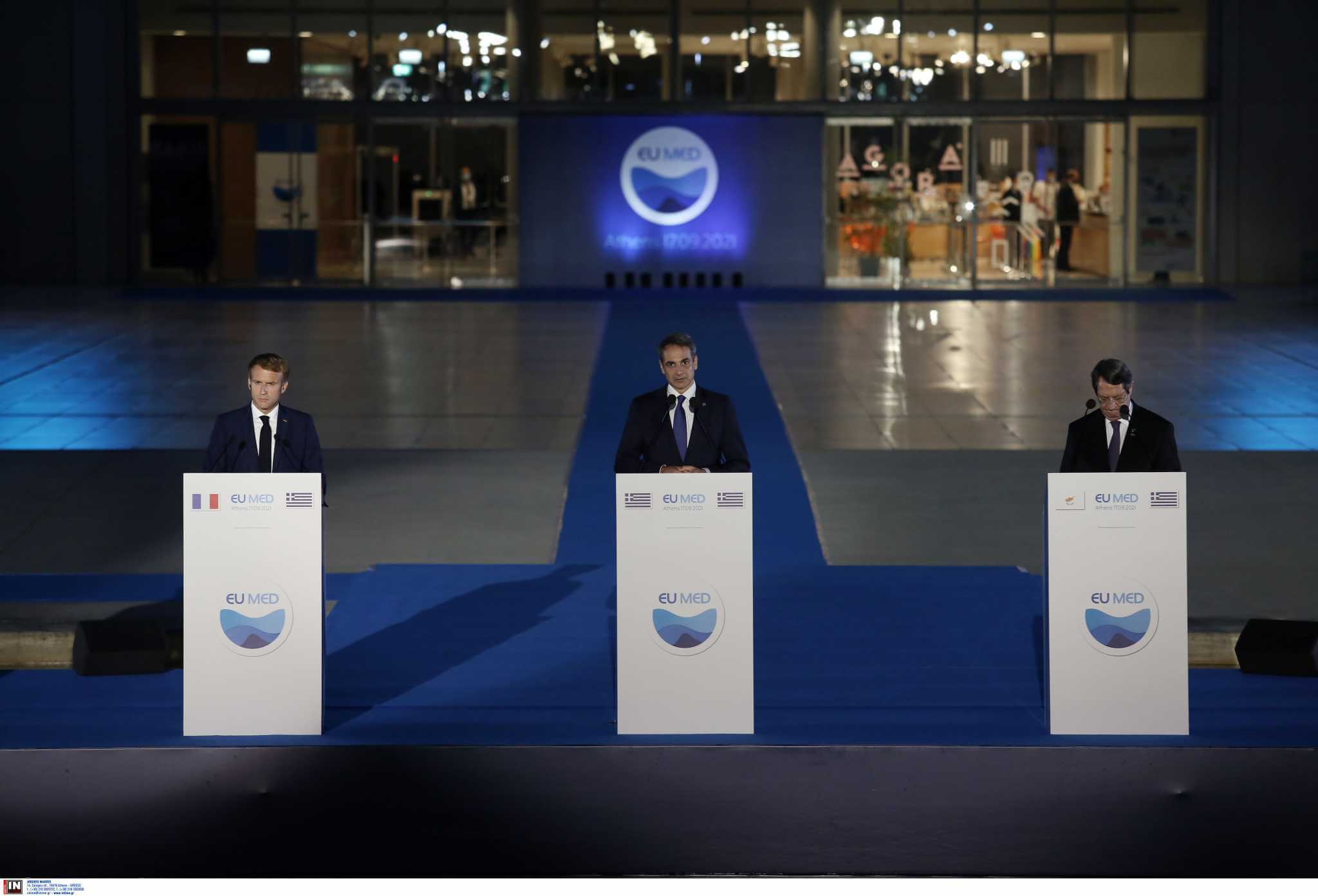 Greece hosted the Summit of the Mediterranean countries of the European Union at the Stavros Niarchos Foundation Cultural Center. This is now called MED9, as the team of seven countries that have so far participated in the EUMED team is enriched from this year with the participation of Croatia and Slovenia.

The summit of the countries of the South took place at a critical juncture, just 24 hours after the new US-Australia-UK security pact (AUKUS), and against the background of the final withdrawal of the US from Afghanistan.

The agenda of the Summit includes the security challenges in the Mediterranean that endanger the stability in the region, new potential crises, such as the threat of a wave of immigration flows after the latest developments in Afghanistan and crises, the consequences of which the Mediterranean countries are already experiencing, such as climate change.

In fact, on the initiative of Prime Minister Kyriakos Mitsotakis, this year’s MED9 Summit will focus on the climate crisis, the protection of the environment, and the need for the joint action and cooperation of the Mediterranean countries. However, challenges and potentially new crises such as the refugee crisis owing to the latest developments in Afghanistan will not be overlooked.

Messages to Turkey on challenges

Prime Minister Kyriakos Mitsotakis stated that the priority of all remains the security and stability across the Mediterranean, always based on international law and the Convention on the Law of the Sea, which the countries of the Summit have signed and the implementation of which they not only demand but also guarantee. Furthermore, he stressed that this also concerns neighboring Turkey, which is now time to halt its aggressive behavior towards Cyprus, Greece, and generally in the area.

Mr. Mitsotakis, focusing on the political declaration signed by the “9”, stressed that it is also clear against hybrid threats, such as the exploitation of immigration flows as a lever of pressure for other goals, as he said, referring to Turkey. At the same time, he spoke about the need for Europe’s strategic autonomy in areas such as defence, security, energy, economy, and health.

In a sharp tone but at a low diplomatic level, Turkey reacted to the joint announcement of the Summit. In a statement, the Turkish Foreign Ministry described as “biased, without vision and unrealistic”, the paragraphs of the statement focusing on the Eastern Mediterranean. In the same statement, Turkey calls on the countries to abandon their discriminatory position, while describing solidarity with Cyprus as pretentious.

Statement of the Spokesperson of the Ministry of Foreign Affairs, Ambassador Tanju Bilgiç, in Response to a Question Regarding the Joint Declaration Adopted at the Summit of Southern European Members of the EU (MED9) https://t.co/wTyyBY46RY pic.twitter.com/f2MU17LIv5

It should be noted that the reaction of the Turkish Foreign Minister is strong and is expressed by the spokesman and not by a political officer, which means that Ankara does not want an escalation of the confrontation, but a simple recording of its opposition.

The two declarations signed in Athens

Regarding security and stability in the Eastern Mediterranean, the leaders of the 9:

EUMED Heads of State and Government are committed to working together to exchange experience and know-how to deal with extreme events such as forest fires in Mediterranean countries in summer.

Most importantly, they call for the strengthening of the European Civil Protection Mechanism at institutional, economic, and operational levels, but also for the substantial strengthening of its means in the Mediterranean. The aim is to create a European Reserve Force.

They also call for the acceleration of the development of a fleet of firefighters or other aircraft and helicopters to protect European citizens and the natural environment from complex natural disasters, such as fires, floods, and earthquakes.

Emphasis is still placed on promoting the “green” goals of the EU to reduce greenhouse gas emissions by 55% by 2030.

Particular reference is made to the protection of the marine biodiversity of the Mediterranean following the initiative “Mediterranean, exemplary sea by 2030”, in the presentation of which Prime Minister Kyriakos Mitsotakis had made relevant remarks from Marseille, where he traveled at the invitation of Emmanuel Macron on September 3.

With information from: AMNA, defenceredefined.com.cy