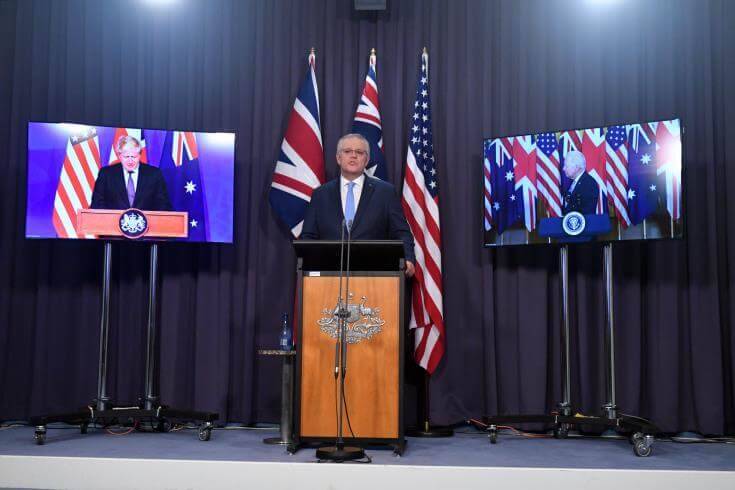 The creation of a tripartite security partnership, the “AUKUS” security pact, was announced yesterday by Australia, the United Kingdom, and the United States.

In a joint statement, they said that in the light of their lasting ideals and common commitment to the international order based on international rules, they decided to deepen joint diplomatic, defence, and security cooperation.

The aim of the AUKUS cooperation is for the governments of the three countries to strengthen and promote the deeper exchange of information, technology, and science as well as cooperate on industry, security, and defence.

As the first initiative under AUKUS, the States, recognizing their common naval tradition and history, committed themselves to a joint effort to support Australia in acquiring nuclear submarines for its Royal Navy over the next 18 months, leveraging US and UK “know-how”.

The acquisition of nuclear submarines for Australia is a move of mutual benefit, with the three states stating that their goal is security and stability in the Indo-Pacific region.

The only country with which the United States has shared this technology in the past is Great Britain in 1958, a White House official said earlier, describing the move as a fundamental decision.