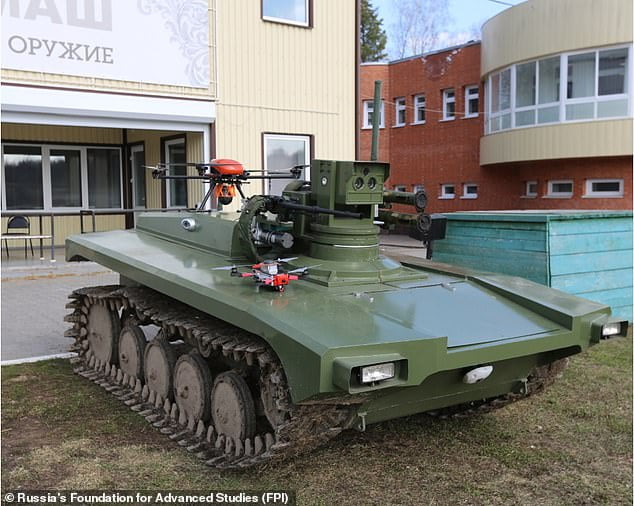 The experimental robotic platform “Marker” has completed a route of about 30 kilometers, entirely in autonomous mode, the Russian Foundation for Advanced Research Projects said on December 30th, 2020. The “Marker” platform was developed as part of a joint project launched in 2018 by the Russian Foundation for Advanced Research and the Android Technics Scientific Production Association. The modular platform is intended to be one of the key elements in the joint operation of ground robots, unmanned aerial vehicles and Special Operations Forces.

The route followed by the “Marker” vehicle was designed in snowy steppe soil in the Chelyabinsk region of the Russian Federation. The platform’s autonomous motion control system, having received a route assignment with the coordinates of a given point, ensured the platform’s arrival at the finish line in 90 minutes. The vehicle relied on the data of the technical vision system built on new neural network algorithms.

The autonomous control system of the platform allows the route to be adjusted in case obstacles – such as trees, bushes, etc – are detected in the vehicle’s path.

The technical characteristics of the platform provide the possibility of autonomous operation for up to 48 hours on paved roads and up to 24 hours on rough terrain. As part of the next trials, the “Marker” platform will have to cover 50, 100 and 200 kilometers.

The “Marker”, in the version on a tracked platform, completed movement trials in July 2019 and then moved towards the firing practice. The “Marker” uses two types of platforms: tracked and wheeled. A total of five robotic complexes will be manufactured to test the technologies.

With information from: southfront.org, internationalinsider.org