Each version of Rheinmetall Mission Master is already networked to both the Argus soldier system and the Rheinmetall Command and Control software, which can be installed in any user’s battle management system.

According to the manufacturer Rheinmetall, unmanned multi-purpose vehicles have the ability to perform in dangerous missions in inaccessible areas, providing security to mounted and dismounted forces, increasing their operational efficiency and keeping them safe.

The Mission Master Cargo Vehicle is designed to alleviate modern infantrymen’s burden. This robust-design UGV can shoulder over a half-ton payload of supplies, equipment, and materials so troops can remain agile and maintain the operational tempo.

The Mission Master Fire Support Vehicle minimizes the risk to friendly forces and substantially enhances the combat capability of dismounted troops by providing close fire support. It first debuted at the 2019 Ammunition Capabilities Demonstration in South Africa with the Rheinmetall Field-ranger Multi Weapon Station and Thales 70mm rocket launchers. The remotely controlled system operated in a fully digitized scenario and fired a salvo of 14 rockets, delivering 60 kg of explosives in 1,6 seconds. The fire support vehicle can also be equipped with various weapon systems such as 0,50 cal. machine guns or 40 mm grenade launchers.

The Mission Master Rescue – Rescue Vehicle has the ability to act autonomously and evacuate casualties over long distances. The module has two stretchers with sliding provisions and can carry specialized high-performance equipment required for in-field medical intervention. When evacuating a wounded soldier using the UGV stretcher, ambulances may use the vehicle as a workstation to administer emergency care.

The Mission Master family is based on Rheinmetall PATH technology, an autonomous kit (A-kit) that allows military vehicles to operate unmanned even across complex areas, in hostile terrain and in adverse weather conditions.

This artificial intelligence (AI) technology allows Mission Master vehicles to identify and track objects in the surrounding area, to map and analyze the terrain, to plan safe routes and much more. PATH, according to the manufacturer, is a technology that is proving to keep soldiers safe while increasing their operational tempo.

See the UGV photos of the Mission Master family: 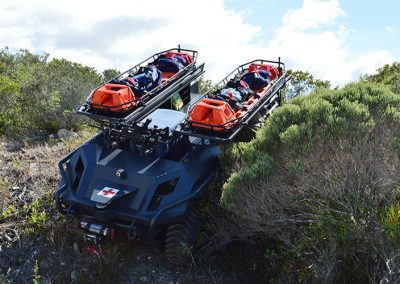 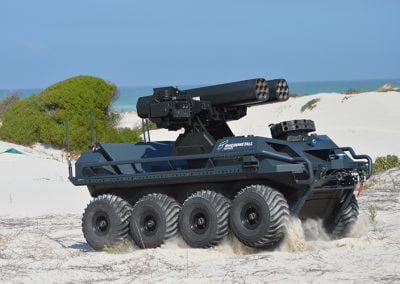 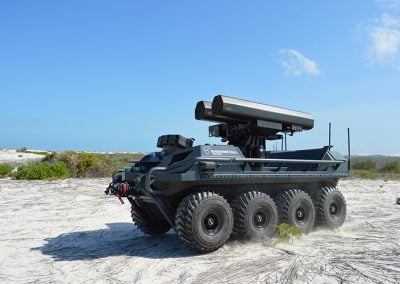 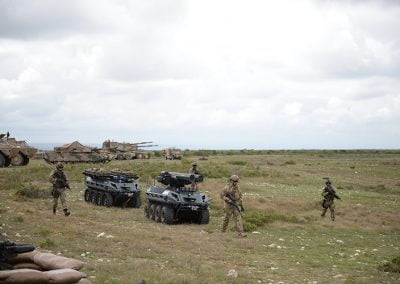 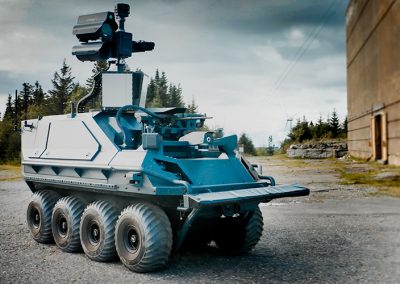 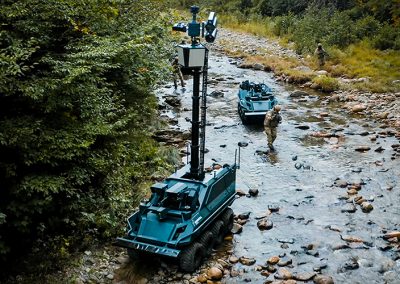