Kastelorizo | Visit of Deputy Minister of National Defence and response to Akar
Defence Redefined
Published on 25/12/2021 at 19:00 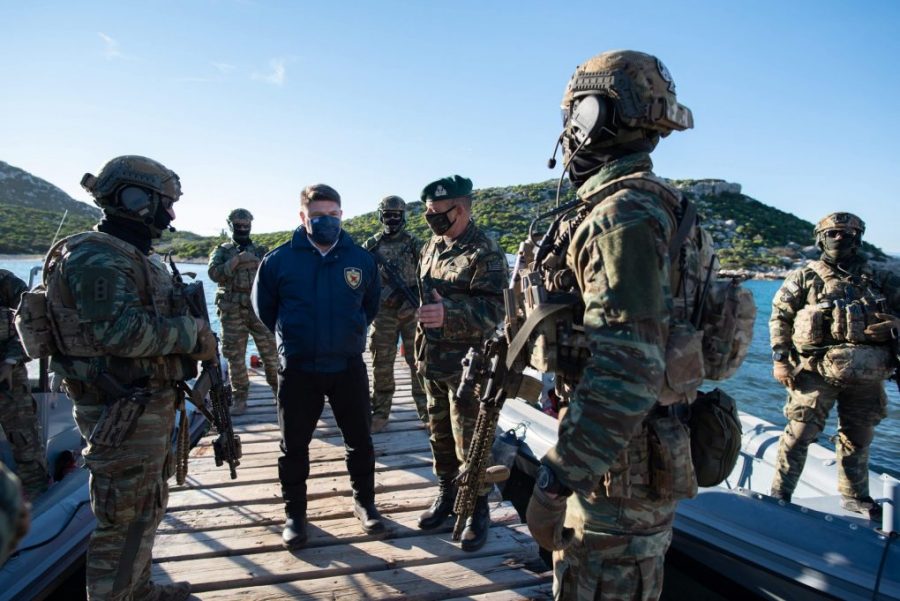 Deputy Minister of National Defence has visited the Kastellorizo ​​archipelago, the Island Defence Command and a Navy vessel.

Specifically, according to the Hellenic National Defence General Staff (HNDGS), during his visit to the Area of ​​Responsibility of the 95th National Guard Higher Command in Rhodes on Friday 24 and Saturday 25 December, the Deputy Minister of National Defence, Mr. Nikolaos Hardalias, also visited the Island Defence Command of Megisti, the “Ro” and “Strongylis” Surveillance Outposts, the “GRIGOROPOULOS” vessel of our Navy that is on a mission in the area, as well as the Port Station of Megisti. The visit was held in order to exchange Christmas wishes with the Army personnel. In addition, the Minister met with Mayor Mr. George Sampsakos and representatives of the Local Government.

The visit of the Deputy Minister of National Defence follows the provocative statements of the Turkish Minister of Defence Hulusi Akar, who stated on Christmas Eve that Kastellorizo ​​is 1950 meters away from the Turkish coast and that a student of the military academy can get there swimming as the academy provides 2,000-meter swimming training.

The morale of the residents of Kastellorizo ​​and the operational capabilities of the Armed Forces officers are the most resounding response of the Greek side to the Turkish statements.