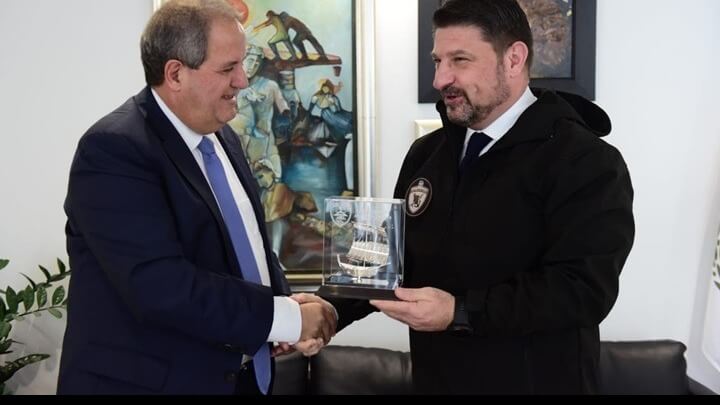 Mr. Hardalias was welcomed by the Chief of the National Guard, Lieutenant General Democritus Zervakis.

During this meeting, the developments in the wider Eastern Mediterranean region, the challenges faced by the Armed Forces of the two countries, and the various aspects of their cooperation were discussed.

During his stay in Cyprus, Mr. Hardalias had the opportunity, accompanied by the Chief of the National Guard, Lieutenant General Democritus Zervakis, to visit the Imprisoned Graves and the Tomb of Madedonitissa where he laid a wreath.