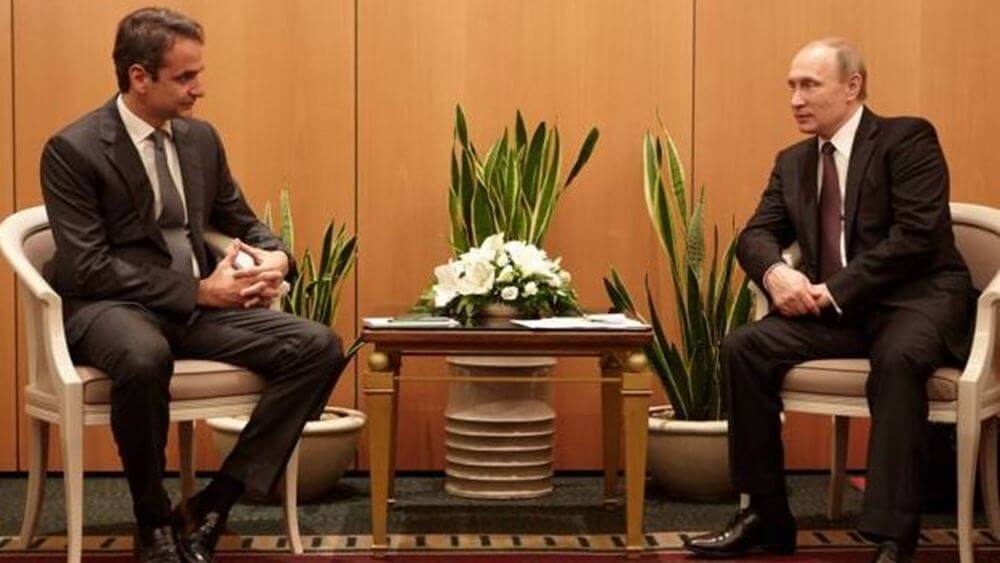 Prime Minister Kyriakos Mitsotakis will pay his first visit to Israel today, Tuesday, after the change of the Israeli political leadership.

As the government spokesman Giannis Oikonomou announced during the briefing of political editors, during his visit Mr. Mitsotakis will have his first contacts with the new Prime Minister Naftali Bennett and the new President Ishaq Herzog.

The trilateral Greece-Cyprus-Israel Summit will take place on the same day in Tel Aviv with the participation of the President of the Republic of Cyprus, Nikos Anastasiadis. The latest developments in the region and the challenges facing the three countries will be reviewed along with a discussion on the further expansion of areas of cooperation. The three leaders are expected to adopt a Joint Declaration on developments in the Eastern Mediterranean.

On Wednesday, Mr. Mitsotakis will travel to Sochi, where he will have his first meeting as Prime Minister with Russian President Vladimir Putin, whom he had met as leader of the loyal opposition in Athens in 2016.

At a critical juncture, in which the dominant issue is the energy crisis, according to information, the Prime Minister and the President of the Russian Federation will have the opportunity to discuss the full range of bilateral relations. Emphasis, in fact, is expected to be given to energy cooperation as well as to cooperation in the fields of education and culture.

At the same time, international and regional developments, as well as developments in the Eastern Mediterranean region, are expected to be at the forefront, with officials noting that Russia, apart from being a country with historical ties of friendship to Greece, is a permanent member of the UN Security Council and has played a key role at a time when Moscow has repeatedly stated its commitment to the international Law of the Sea.

As it is recalled, the Russian Foreign Minister, Lavrov, in the meeting he had with the Prime Minister in Athens in October 2020, and in the midst of the escalation of the Turkish provocation, had stressed that the problems should be solved through negotiations and dialogue and on the basis of International Law and the United Nations Convention on the Law of the Sea.

In the same context of developments in the Eastern Mediterranean region, the parties also keep Moscow’s firm position on the Cyprus issue high on the agenda.

Russia supports a solution based on a bizonal, bicommunal federation without foreign troops and guarantees, while last June it opposed any change in the Varosia regime, calling “unacceptable any unilateral action contrary to the UN Security Council resolution, creating difficulties in the repetition of the negotiation process.”

Another point that should be noted is the fact that the meeting of the Prime Minister with the President of the Russian Federation takes place at a crucial juncture in Moscow’s relations with NATO and Europe.

Greece, according to government officials, is a member of the European Union and NATO, the basis of its foreign policy. Greece supports and respects the decisions of these organizations. This, however, does not preclude the enhancement of relations with Russia.

The position of the Prime Minister, which he has also supported within the European Council, is that it is necessary for Europe’s channels of communication with Russia to remain open, especially in the great challenges that require international cooperation.

The Mitsotakis-Putin meeting comes after the Prime Minister’s meeting with his Russian counterpart, Mikhail Misustin, whose agenda involves the strengthening of bilateral cooperation and setting once again in force the Greece-Russia Joint Interministerial Committee.

At the same time, a few days ago and in view of the Mitsotakis-Putin meeting, the Commission met in Moscow (co-chaired by Deputy Foreign Minister Miltiadis Varvitsiotis and the Minister of Transport of the Russian Federation Vitali Saveliev) and a cooperation protocol was signed including a series of agreements in the fields of tourism, energy, transport, culture, and tax.