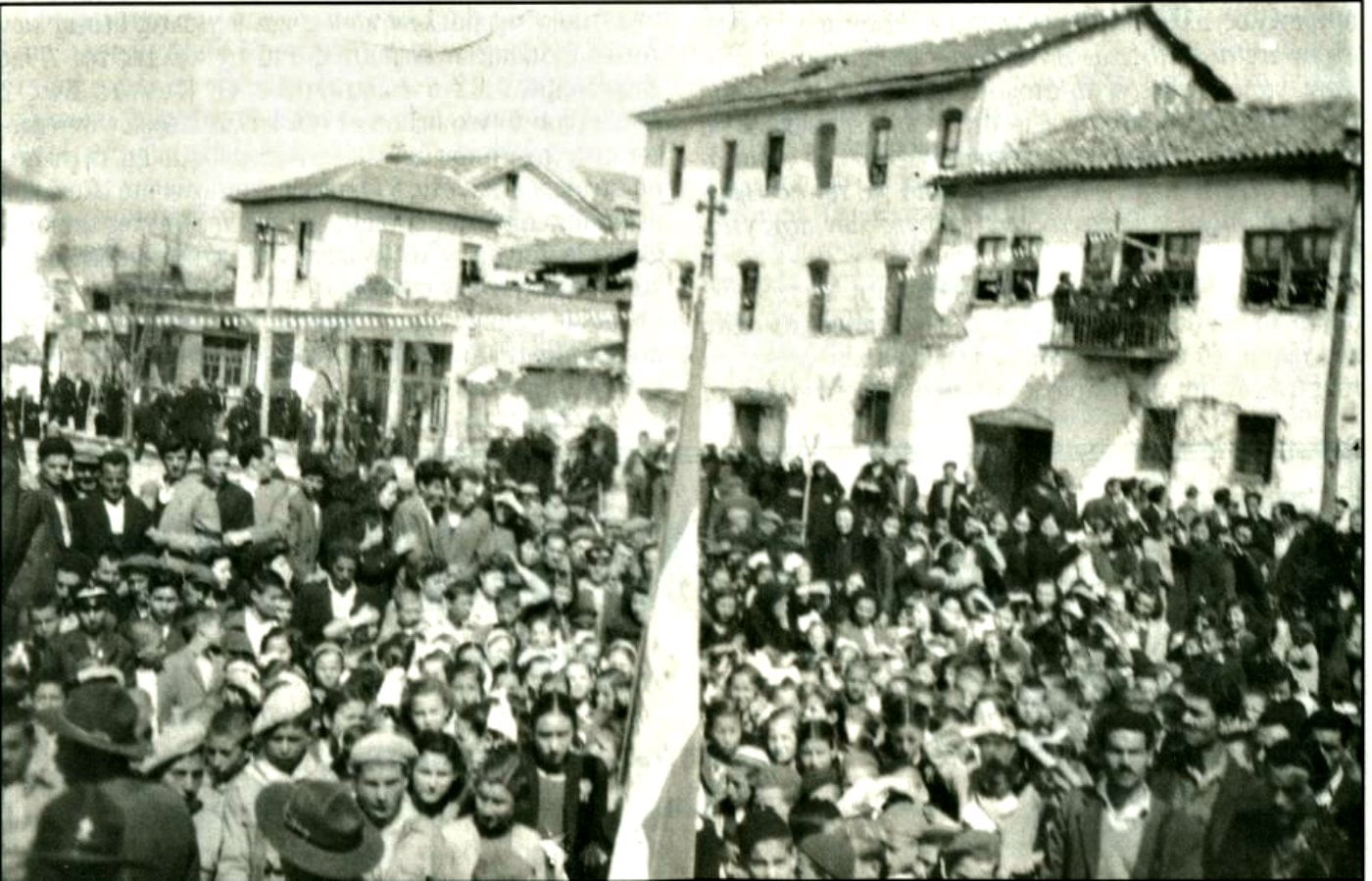 During the Second Balkan War and after the battle of Kilkis – Lahana, the defensive line of the Bulgarians in Macedonia was broken and the occupation of Serres by the Greek Army was a natural consequence.

When the 7th Division under Colonel Napoleon Sotilis liberated Nigrita on June 20, Bulgarian forces, before retreating, destroyed it by setting fire to houses and businesses, thus giving the foreshadowing of what would follow in Serres a week later.

From June 22, the Bulgarians began to leave Serres, while banning traffic from the city. In his memoirs, the Metropolitan Bishop of Serres, Apostolos, described the week from June 22nd to June 28th as the “Holy Week of the Greeks of Serres”.

Despite the efforts of the people of Serres to resist the Bulgarian forces by organizing armed militias during the night of June 27, the Bulgarian army captured the surrounding hills of Serres and the Acropolis, where it set up its cannons.

In the morning of June 28th, the bombardment of Serres by the Bulgarians began, and as a result the inhabitants began to evacuate the city. The Bulgarian cavalry stormed the city and dispersed the wreckage, while Bulgarian soldiers abducted civilians and set fire to the center of Serres. The image of the city was nightmarish. Out of the 6,000 houses in Serres, 4,000 and 1,000 shops were burned. Incompetent people, the elderly, the sick, pregnant women, infants were lying burned in the ruins of their homes. The victims of the fire are estimated at 100. 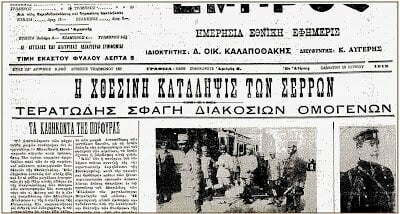 From the damaged Serres, the Cypriot journalist Christos Pantelidis will write in Salpigga newspaper of Limassol in August 1913:

You would read many descriptions of the catastrophes in Athenian newspapers. I assure you that they do not approximate the magnitude of the disaster. They are all below reality. I will not undertake to describe it to you because I can’t. Just imagine a rich city with majestic buildings, with rich shops suddenly turning into an amorphous pile of ruins. Out of the 24 churches, only 3 have survived. The entire Greek quarter is devastated. Only a part of the Turkish one survives, where the others also took refuge.

In the afternoon of June 28, the Greek Army entered the city and witnessed this horrific spectacle. Next day, Colonel Sotilis officially occupied the city of Serres, referring to the announcement he issued:

In the name of the king of the Greeks, Constantine, I liberate Serres from the barbaric and heinous invaders, I occupy the city, and I invite the inhabitants, regardless of race, language and religion, to return to their peaceful activities, under the scepter of His Majesty, and under the protection of this brave army, to willingly enjoy absolute equality and the guarantee of honor and property.

Long live the people of Serres

The government of Eleftherios Venizelos has strongly protested to the Great Powers of the time about the barbarity of the Bulgarians, while King Constantine will retaliate against Bulgaria.