Islamist terrorism | The revival of the Islamist threat
Defence Redefined
Published on 17/10/2021 at 09:02 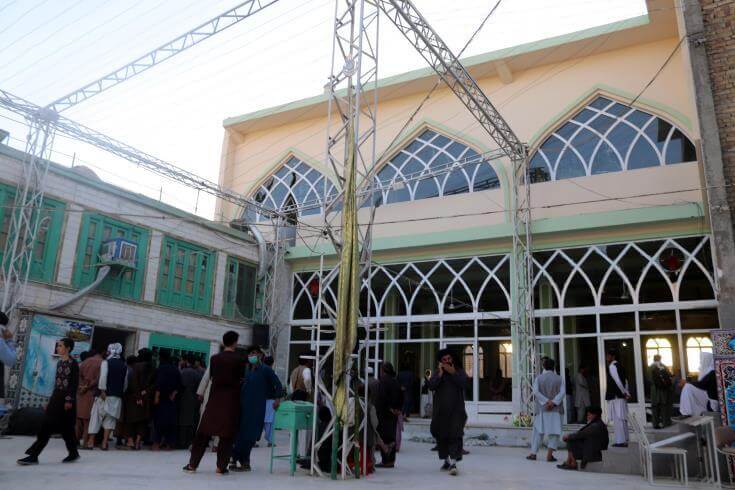 Bombings at a Shiite mosque in Kandahar

The jihadist organization Islamic State (IS) claimed responsibility for the attack committed by two bombers-kamikaze amid Friday prayers at the Shiite mosque of Kandahar, killing at least 41 worshipers and wounding dozens of others, in an announcement broadcast by the “news” agency Amak, its propaganda tool.

According to the announcement, two fighters of the IS shot and killed the guards of the mosque, invaded the place of worship, and detonated the explosives with which they had vested in the middle of two groups of worshipers, one of which numbered about 300 people.

The attack took place in the cradle of the Taliban Islamist movement, which seized power in Afghanistan on August 15. This is the second consecutive Friday that a mosque was attacked in Afghanistan during prayers with dozens of dead.

The terrorist attack on British MP

The knife attack in Essex that claimed the life of Conservative MP David Eimes is now being treated as a terrorist act, British police said early on Saturday morning.

Preliminary data from the investigation show that the motive is potentially linked to Islamist extremism, according to a police press release issued early in the morning.

A 25-year-old Islamist terrorist of Somali origin named Ali Harbi Ali has been arrested for the murder of a 69-year-old politician in a Methodist church. The investigation into the case is being carried out by the anti-terrorist unit. Ames was killed in a church meeting with voters in his suburb about 60 miles (60 km) east of London.

The deadliest attack in Norway since Breivik’s time

A resident of Kongsberg, a 37-year-old Danish citizen, is the perpetrator of the arched attack that took place on 13.10.2021 in Norway, with five dead and two injured.

The 37-year-old Dane who killed five passengers and injured dozens of others had converted to Islam and was known to the police, who described him as capable of extremist acts, and therefore, it is possible that he acted as an Islamist “lone wolf”.

All this comes a year after the assassination of French teacher Samuel Paty by a Chechen fanatic and constitutes a trauma for the West. At the same time, the Greek police are on alert for jihadists entering the country as immigrants/refugees.