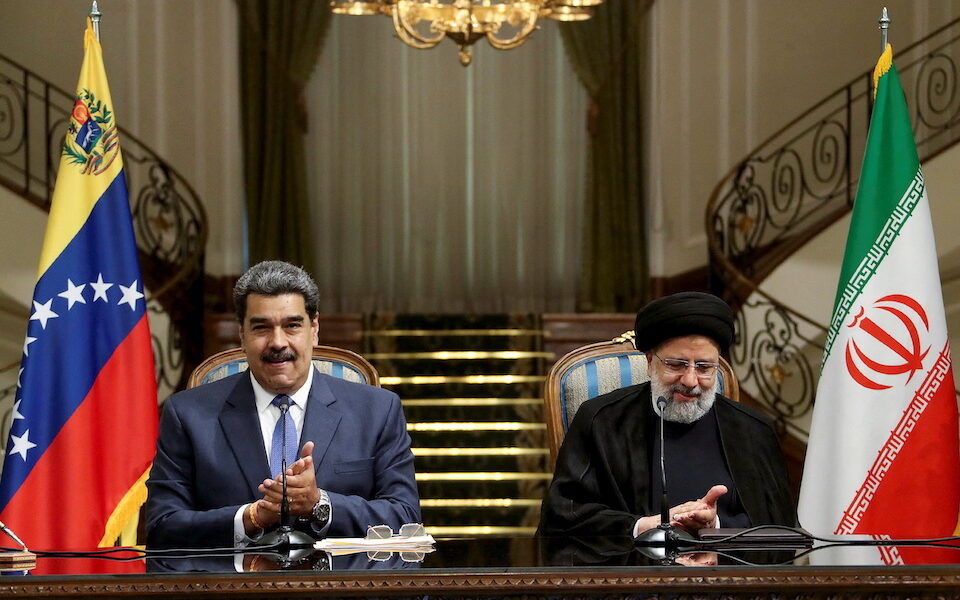 The plan entails cooperation in the fields of oil, petrochemicals, tourism, and culture. The signing ceremony of the cooperation agreement took place at the palace Sadabad, located in the north of Tehran, in the presence of Venezuelan President, Nicolas Maduro, and his Iranian counterpart, Ebrahim Raisi.

It is recalled that Nicolas Maduro had visited Turkey in the previous days, where he had a meeting with Recep Tayyip Erdogan and Algeria.

The agreement comes in the wake of the Summit of the Americas, where US President, Joe Biden, said at the official opening ceremony that democracy is a “necessary pillar for America’s future”.

“Our region is large and diverse. We do not always agree on everything. But because we are democracies, we approach our differences with mutual respect and dialogue,” he said.

This summit is marked by the absence of several heads of state, especially Mexico, Guatemala, Bolivia, and Honduras. Mexican President, Andres Manuel Lopez Obrador, clarified that he was not going to participate, because the White House excluded Cuba, Nicaragua, and Venezuela from the Summit.

Mexican Foreign Minister, Marcelo Ebrard, who attended the summit, told the attendees that the exclusion of the three countries was a “strategic mistake.” He also said that his government would consider ways to reform the regional institutions.

The US government justified its decision by citing its “reservations” due to the “lack of democratic space and respect for human rights” in the three countries.

The Summit of the Americas was supposed to demonstrate the Biden administration’s intention to restore and renew relations with countries in the region, which suffered during the days of Donald Trump. Washington hopes to reaffirm its influence in the region amid Chinese investment in the region to gain a foothold.

The Council of Foreign Relations study center counts eleven visits by the Chinese President, Xi Jinping, to the region since taking office in 2013. Joe Biden has not visited any Latin American countries since taking office in January 2021. However, Washington does not intend to reciprocate China’s moves by making pharaonic expenditures.

Instead, the United States wants to reach a “regional agreement” with Latin American countries on immigration. Biden “called on all governments on the path of immigrants to adopt or strengthen asylum procedures on their territory, to guard their borders more effectively” and to locate “the people who are not entitled to asylum”, said a senior US government official.

However, the said official did not go into much detail about the Los Angeles Declaration, which is expected to set the principle of “shared responsibility” for immigration to create “opportunities for safe and smooth immigration” and to “combat trafficking”, a particularly politically sensitive issue for Biden.

Also read: Cyprus | “New cooperation programs with the US in the field of defence”