Incident near Cyprus between HMS Queen Elizabeth and Russian submarines
Defence Redefined
Published on 13/07/2021 at 13:15 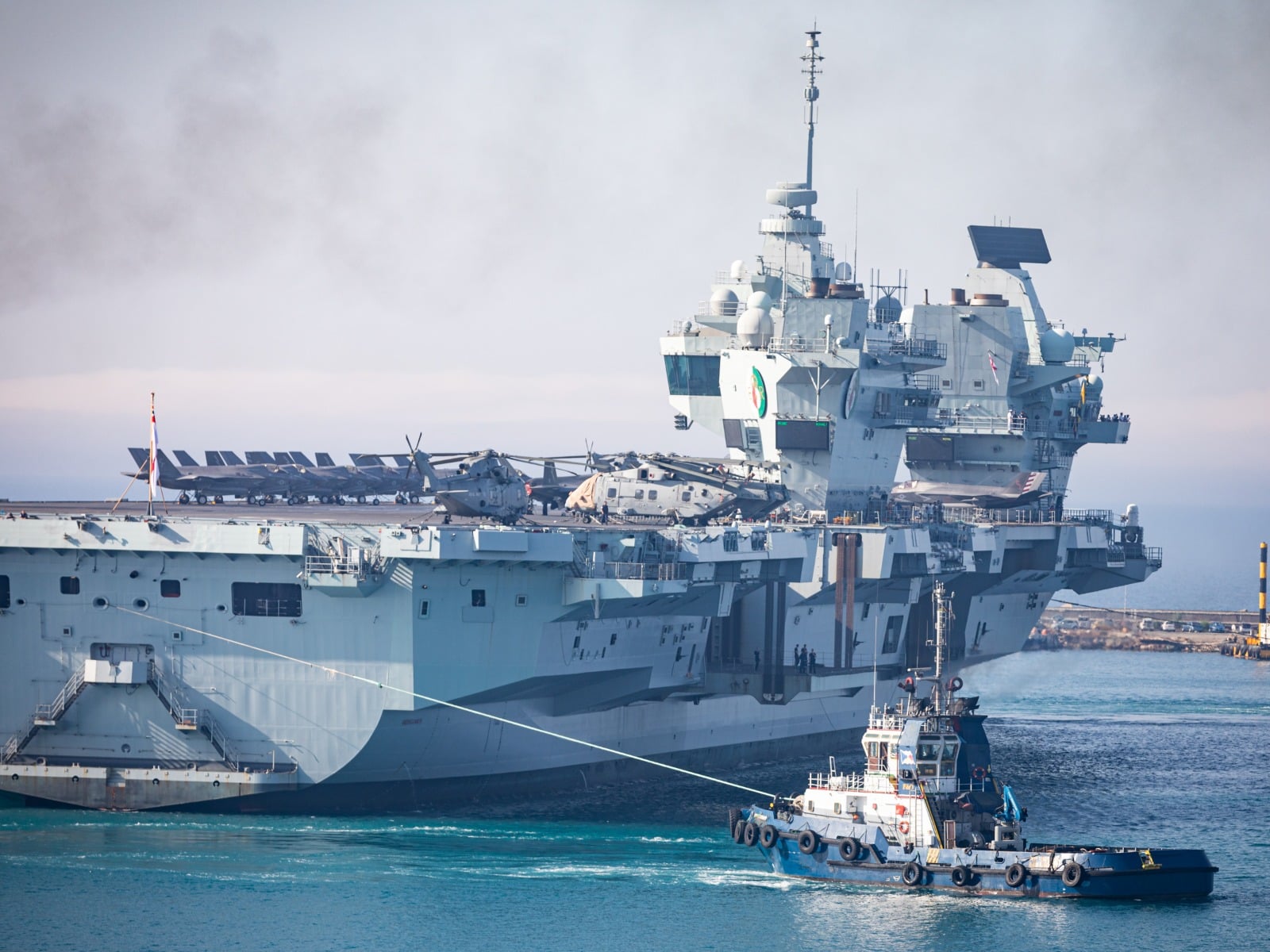 An incident took place on June 27 between the British aircraft carrier HMS Queen Elizabeth and Russian submarines, which were “chasing” the flagship of the Royal Navy.

The news has been circulating for the last few days by international media, which point out that the incident took place in a sea area near Cyprus.

According to the Daily Telegraph, when HMS Queen Elizabeth realized that she was being chased by the Russian submarines, two Merlin Mk2 helicopters took off from the aircraft carrier to search for the submarines.

They then tried to locate the Russian submarines. Along with the HMS Queen Elizabeth, two British Type 45 cruisers, two Type 23 frigates and two general support ships were also “chased” as they sailed off the coast of Cyprus in June.

The UK Department of Defence said:

“We do not comment on such operational matters, but we can confirm that strong measures have been taken to protect HMS Queen Elizabeth and the Royal Navy vessels.”

The Russian Navy is believed to have diesel-powered submarines in the Mediterranean, which are close to the naval base in the port of Tartus.

Merlin MK2 helicopters are considered to be top-tier in anti-submarine warfare. The alleged “incident” took place a few days after the incident in the Black Sea, when Russian surface vessels and aircraft fired warning shots at the HMS Defender.

The United Kingdom denies these allegations and claims that its surface units chased the Russian submarines.

It is noted that there is no audiovisual material that confirms either the British or the Russian claims.