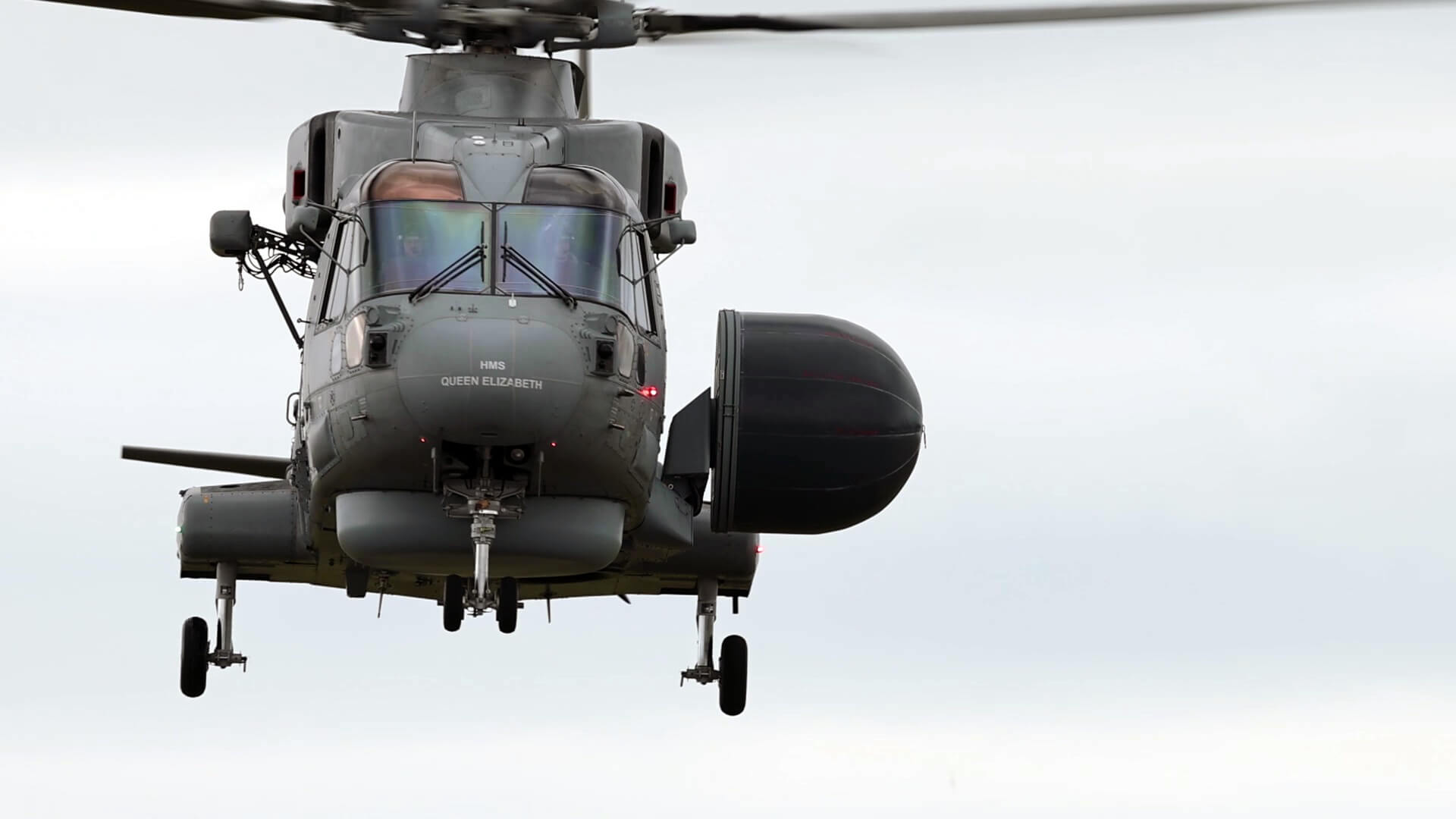 According to a statement from the British Royal Navy, the first “Crowsnest” radar onboard a Merlin Mk2 helicopter has entered service.

The first Merlin ‘Crowsnest’ helicopter will now begin operational training, ahead of the maiden deployment of HMS Queen Elizabeth this spring. 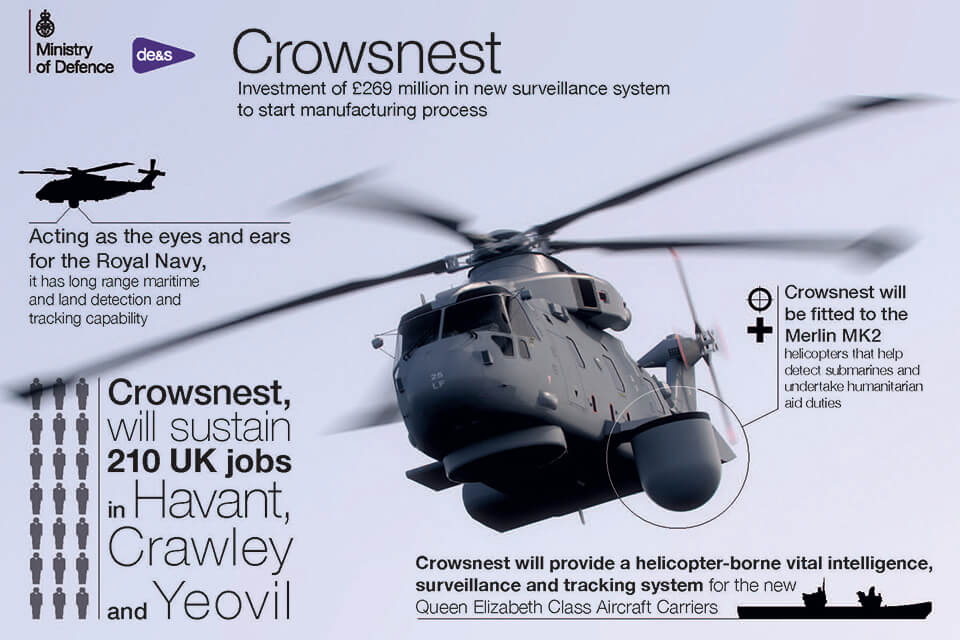 The helicopter with the distinctive radar dome on the left side of the fuselage will provide airborne surveillance and the control of other aircraft (known as ASaC) in the carrier’s strike group. The “Crowsnest” ASaC program, which amounts to 269 million pounds, includes the upgrade of 30 Merlin Mk2 helicopters and was awarded in 2017 to Lockheed Martin. 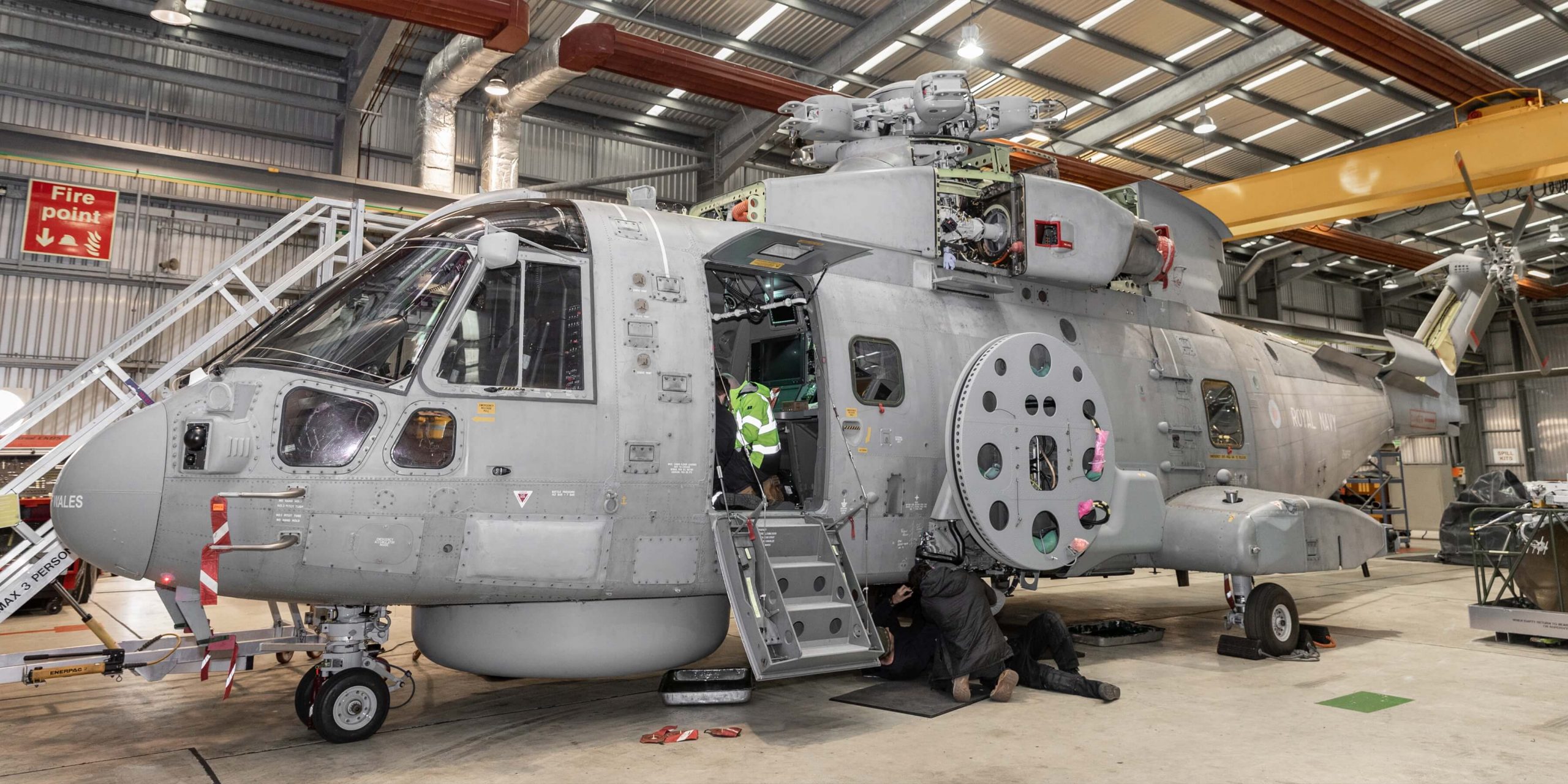 The new generation of helicopters nicknamed “baggers” (originating from the “bag” that the radar dome resembles) will replace the Sea King helicopters and will be based at Royal Naval Air Station Culdrose.

The “Crowsnest” system allows crews to conduct air and missile defence as well as strike command and control.

The system uses a high power radar to provide long-range air, maritime and land tracking capabilities that will ensure the early detection of potential threats.

🚁 Did you know that the Royal Navy's new 'eyes in the sky' are now in service with @820NAS at @RNASCuldrose?

Merlin Crowsnest gives @HMSQNLZ and @HMSPWLS the ability to spot threats at long range – and direct F-35 jets on to targets. 👇https://t.co/kNcKudUDCe pic.twitter.com/VZgcBS8EP7

“Crowsnest”, according to Lockheed Martin, incorporates an updated version of a Thales Searchwater radar and CerberusMission System which are deployed as role fit kits along with the Merlin Mk2 helicopters. This allows the Royal Navy to adjust the helicopter configuration depending on the mission.

“Hercules” aircraft refuels a CH-53K helicopter in the air | VIDEO