“Hercules” aircraft refuels a CH-53K helicopter in the air | VIDEO 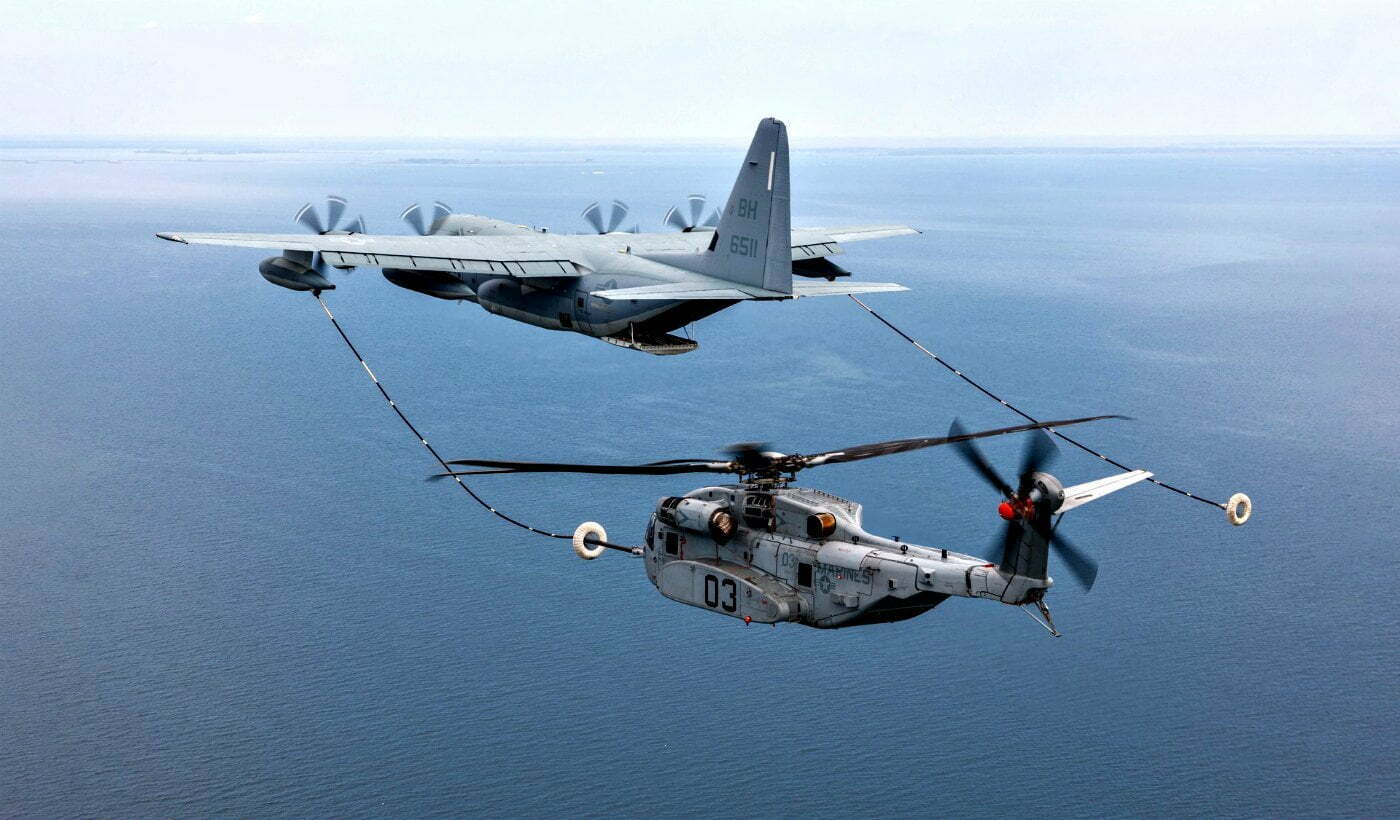 In a flight lasting 4.5 hours over the Chesapeake Bay in early April, the CH-53K successfully completed an air-to-air refueling (AAR) test with the

The CH-53K repeatedly demonstrated its ability to capture and “plug”

the drogue, withstanding turbulent air and the force on the refueling probe at increased closure rates.

The pilot of the helicopter, Rob Pupalaikis, said that “Air-to-air refueling is a decisive force multiplier, and proving this capability on the CH‐53K King Stallion significantly increases the combat potential for the U.S Marine Corp’s newest workhorse in its stable”

This was the first time the CH-53K King Stallion helicopter had been refueled during a flight, but according to Lockheed Martin, the helicopter had the experienced KC-130J to guide the way.

So far there are Six King Stallion helicopters in the flight test program with over 1800 flight hours. The initial sea trials for the helicopter will commence later this year.

Watch the impressive video from the successful air-to-air refueling: