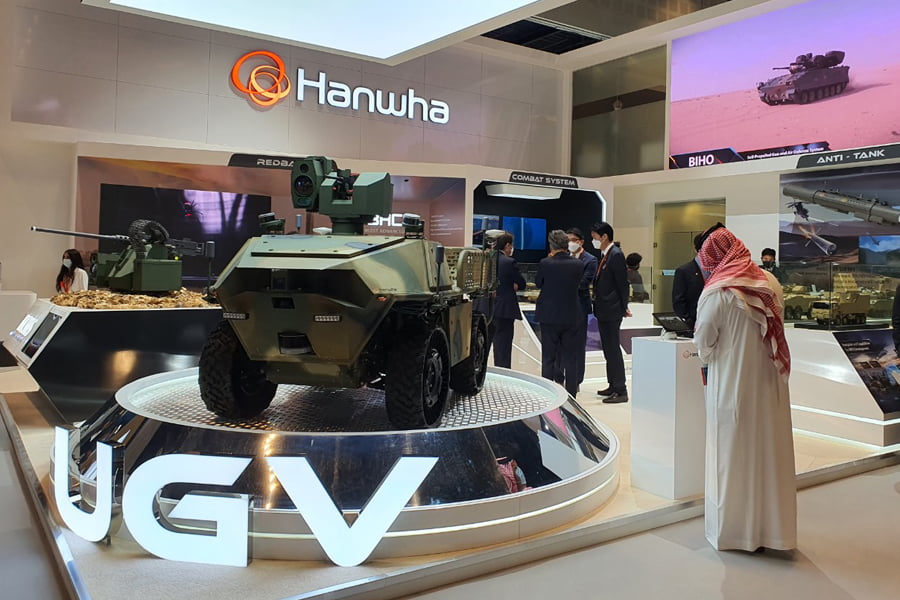 During IDEX 2021, held from February 21-25, 2021 in Abu Dhabi, United Arab Emirates, the Hanwha Defense unveiled for the first time, among other things, the Multi-Purpose Unmanned Ground Vehicle (MPUGV) prototype at an exhibition abroad. The development of the MPUGV was completed in 2019 as part of a government program aimed at developing unmanned robotics to support infantry troops in various situations.

The 4×4 vehicle operates on electricity and can move at a top speed of 30 km/h on paved roads. On the battlefield, the 1.5-tonne vehicle is operated either remotely or autonomously to carry out various missions, such as surveillance, logistics transport, evacuation of casualties and combat engagement. The vehicle has a payload capacity of 200 kg and can conduct operations for 14 hours on a single charge. With a range extender, the operating time could increase to up to 72 hours.

The MPUGV is the first unmanned vehicle of its kind in S. Korea, which has completed field tests and evaluations. During the pilot operations of the robotic combat vehicle by the Korean Army from 2019 to 2020, it – according to the company – successfully demonstrated its intelligent mission capability, including follow-me, self-driving, waypoint navigation, obstacle avoidance, twin-bed modules for casualties and a communication relay using a drone. 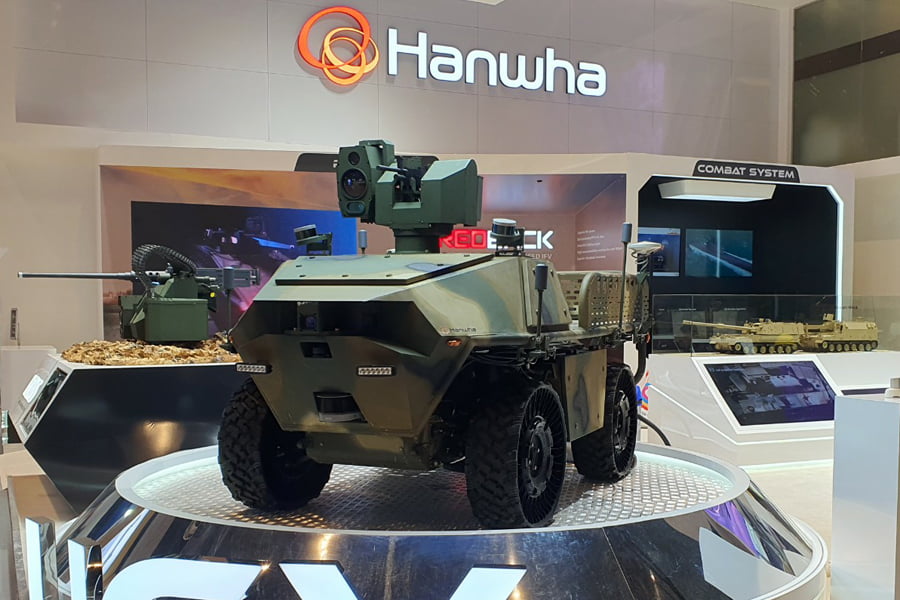 The vehicle also features a high-end remote controlled weapon station that can lock on to targets automatically using acoustic sensors to determine the source of gunfire during the confusion of combat.

An upgraded variant of the MPUGV is scheduled to debut as early as the third quarter of this year. The new version will be a 6 × 6 vehicle equipped with improved performances in terms of payload capacity, maximum speeds, operational range, survivability, etc. The 6 × 6 MPUGV is a modular vehicle providing multiple functions to meet diverse mission requirements, such as load carriage, chemical and mine detection, dual-weapon remote-controlled weapon station (RCWS) and reconnaissance, surveillance and target acquisition.

The Hanwha-Defense-built light-weight RCWS also made its international debut today during the UAE defence trade show.

The 130kg-class variant was developed to be integrated into tanks, armored vehicles and light-tactical vehicles and can be equipped with either the K6 or K4 machine gun. Hanwha Defense is the only company in South Korea to develop and produce RCWS of its own and was awarded contracts to build these for high-speed patrol vessels and the amphibious assault vehicles operated by the South Korean Navy and Marine Corps.