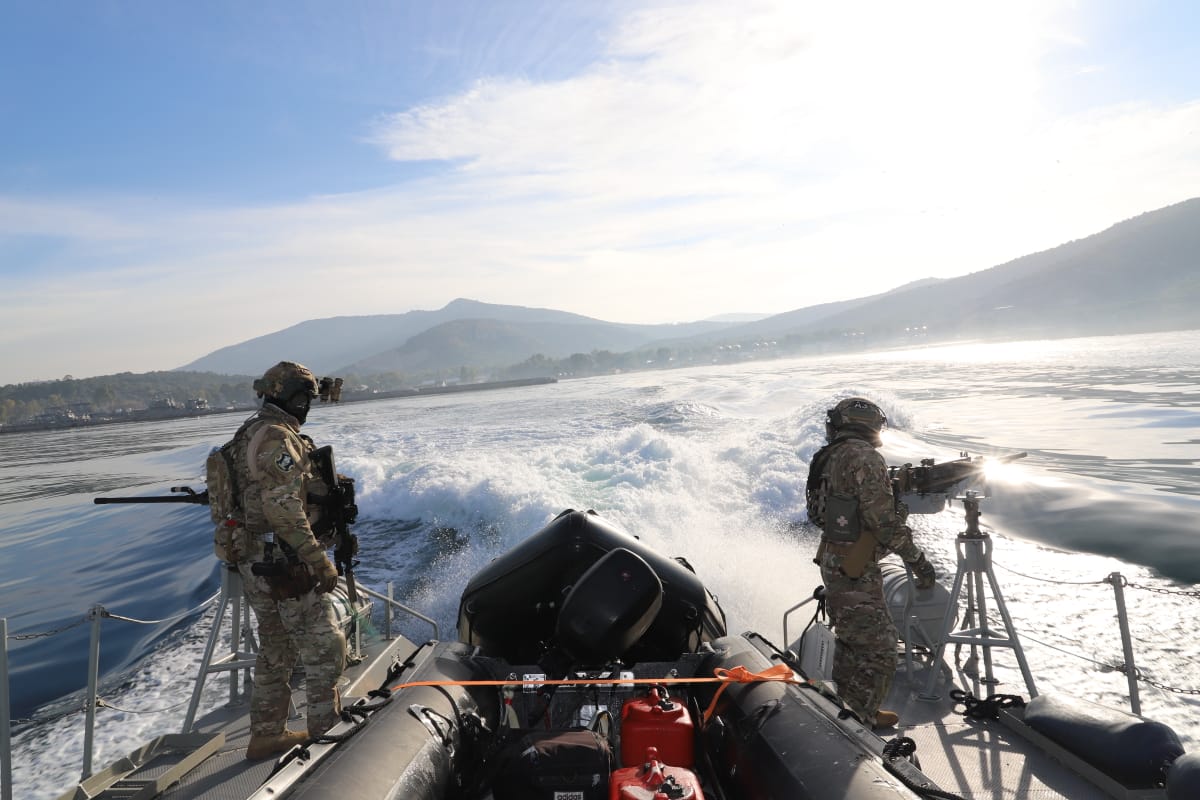 On Friday, February 5, 2021, the Chief of the Hellenic National Defence General Staff, Konstantinos Floros, attended the exercise of the “MARK V” Special Operations Crafts (SOCs) “AIOLOS” and “ASTRAPI” of the Underwater Demolition Command (DYK) in the Saronic Gulf. The exercise was attended by the Chief of the Hellenic Navy General Staff, Vice Admiral Stylianos Petrakis, the Commander-in-Chief of Hellenic Fleet, Vice Admiral Panagiotis Lymperis and the Chief of the Underwater Demolition Command (DYK), Captain Ioannis Papavlachos. 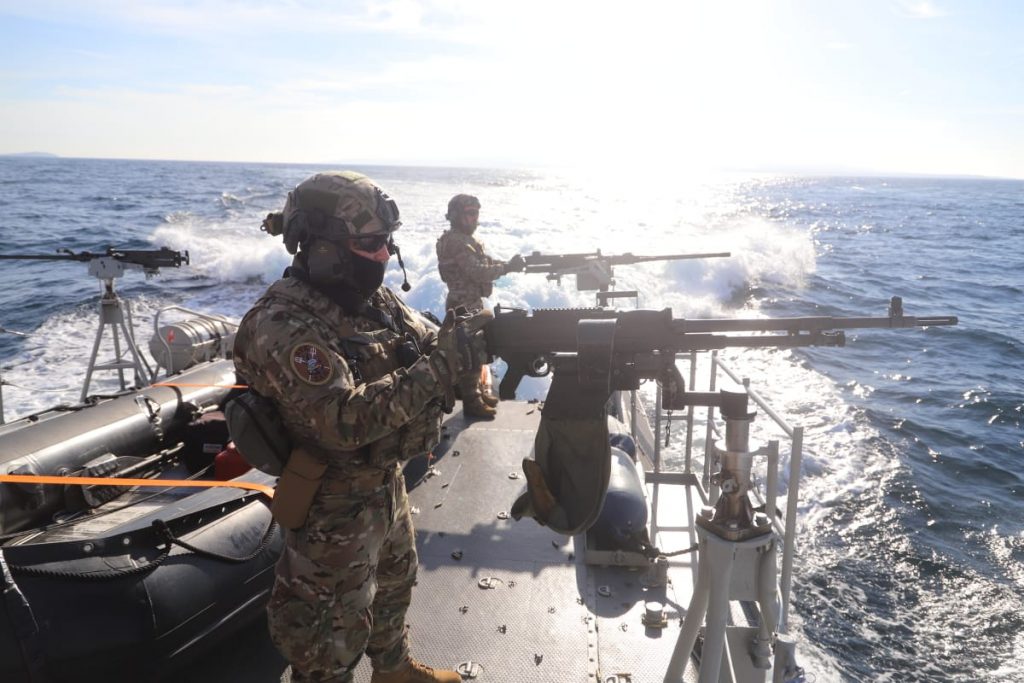 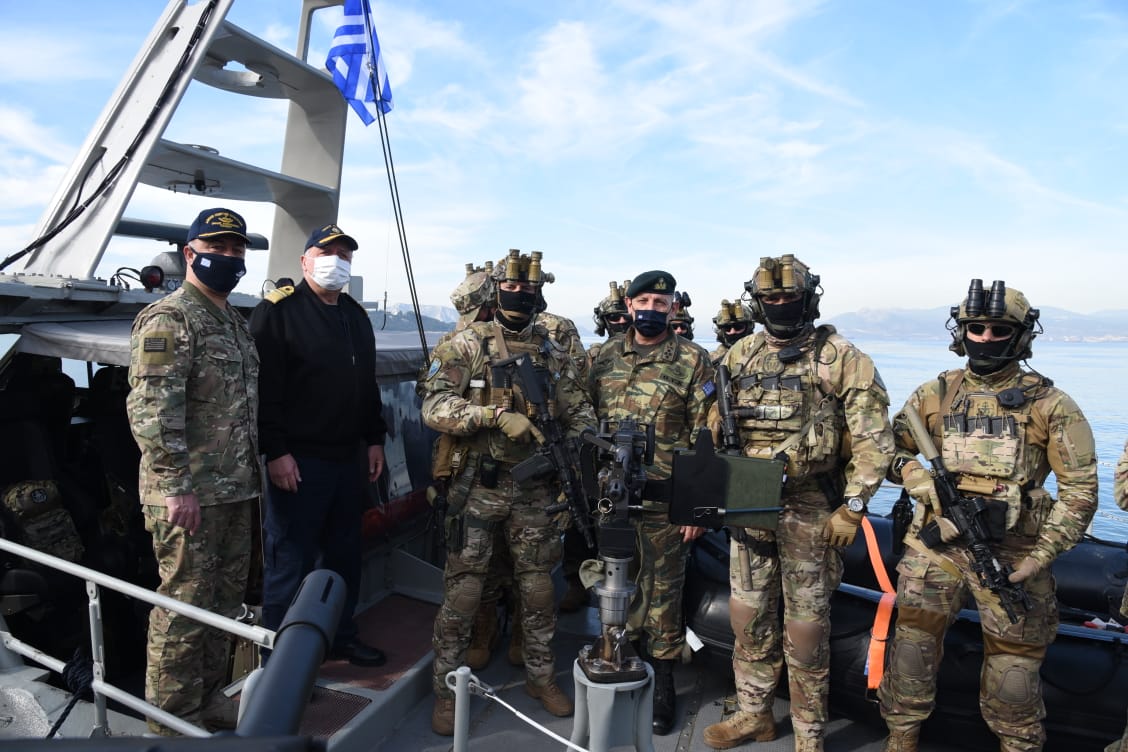 The technical personnel of the Navy undertook the check, maintenance as well as the repair works in terms of the operation of the “MARK V”, and their operational utilization by the DYK is part of the ongoing upgrade of the Special Operations Forces (Ground, Navy and Air Forces). 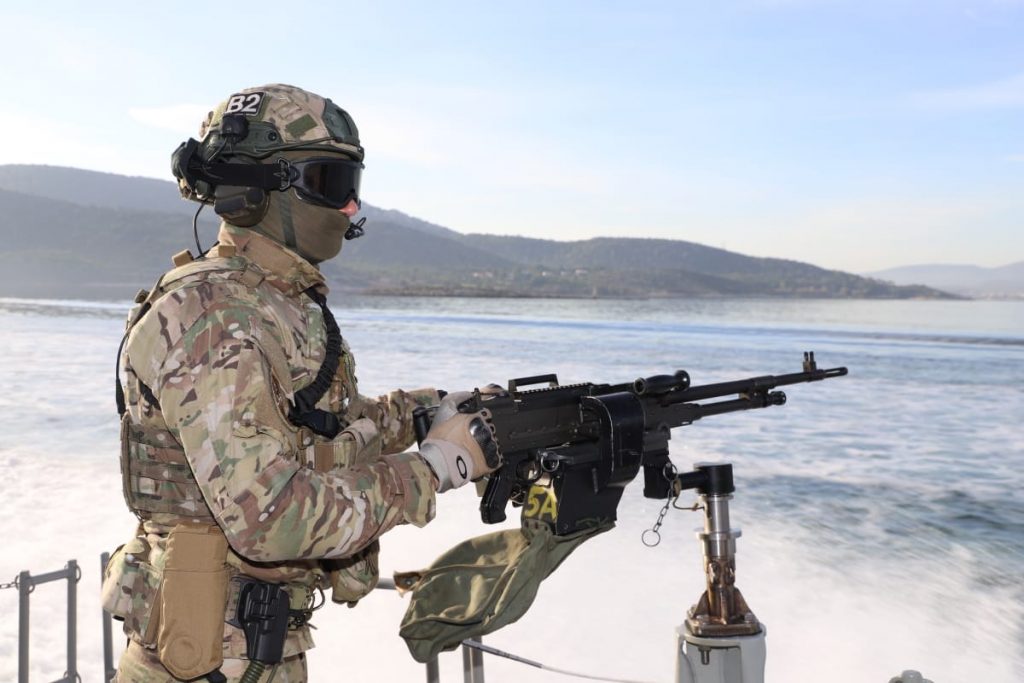 In this way, the Special Warfare Command to be established increases its capability for effective planning and conduct of special missions in the marine environment, according to modern allied and international standards. 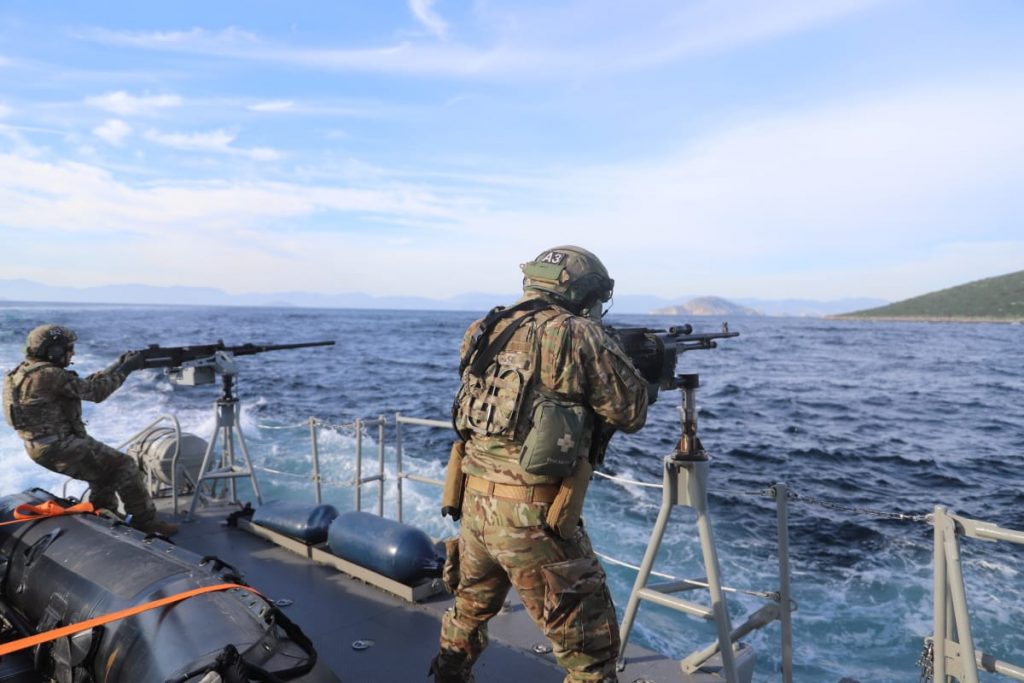 It is worth noting that this is the maiden appearance of the “MARK V” Special Operations Crafts, which were recently acquired for the Underwater Demolition Command of the Hellenic Navy. 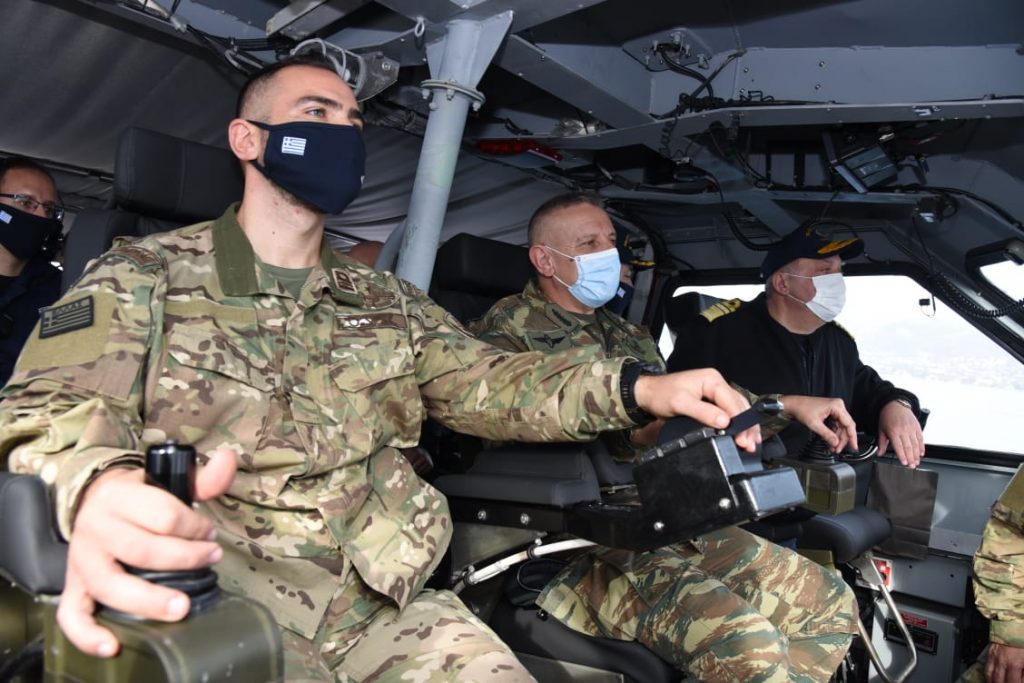 As shown in the video and the photos released by the HNDGS, the two vessels (P62 and P63) are equipped with FN MAG 7.62mm machine guns, 0.5″ M2HB heavy machine guns as well as a 40mm Mk19 automatic grenade launcher. They can also carry 16 fully-equipped commandos and an inflatable boat at the stern (e.g. zodiac). 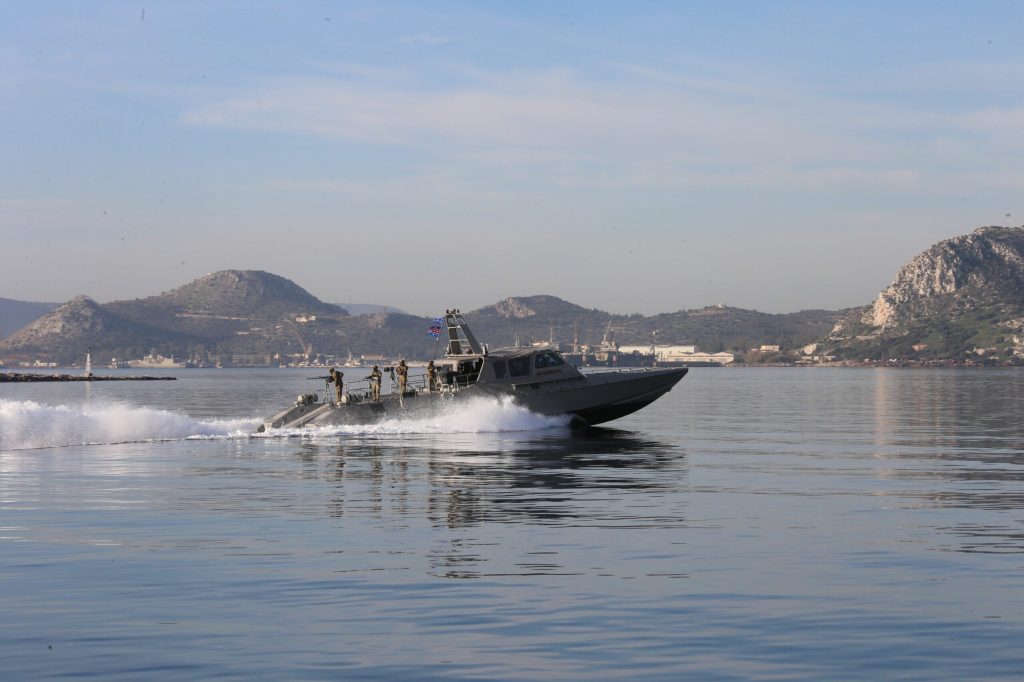 Being 25 meters long and weighing 57 tons, the vessels can carry out missions up to 800 km away from their base, develop a maximum speed of up to 65 knots with autonomy for 12-hour operations.