The South Korean Defence Procurement Agency announced on April 22 that the exploratory development of an unmanned surveillance ground vehicle has been completed successfully.

The development of the 6×6 Unmanned Surveillance Vehicle (USV) is led by the Defense Development Agency (ADD) affiliated with the Defense Acquisition Program administration (DAPA).

Hanwha Defense is responsible for developing the unmanned wheeled vehicle and integrating communication and surveillance systems into the 6×6 platform.It is the first time globally that a mid- to large-sized unmanned ground combat vehicle has moved into the systems development stage.

“This unmanned surveillance vehicle can be used to remotely lead mechanized units across a variety of terrains, including tactical roads, off-road, and unpaved roads,” a Hanwha Defense spokesman said.

“The vehicle is designed to conduct many different operations such as reconnaissance, target guidance, engagement with the enemy.” The USV exploratory development commenced in 2018 with a focus on testing and evaluating operational capabilities as well as the readiness of key technologies. 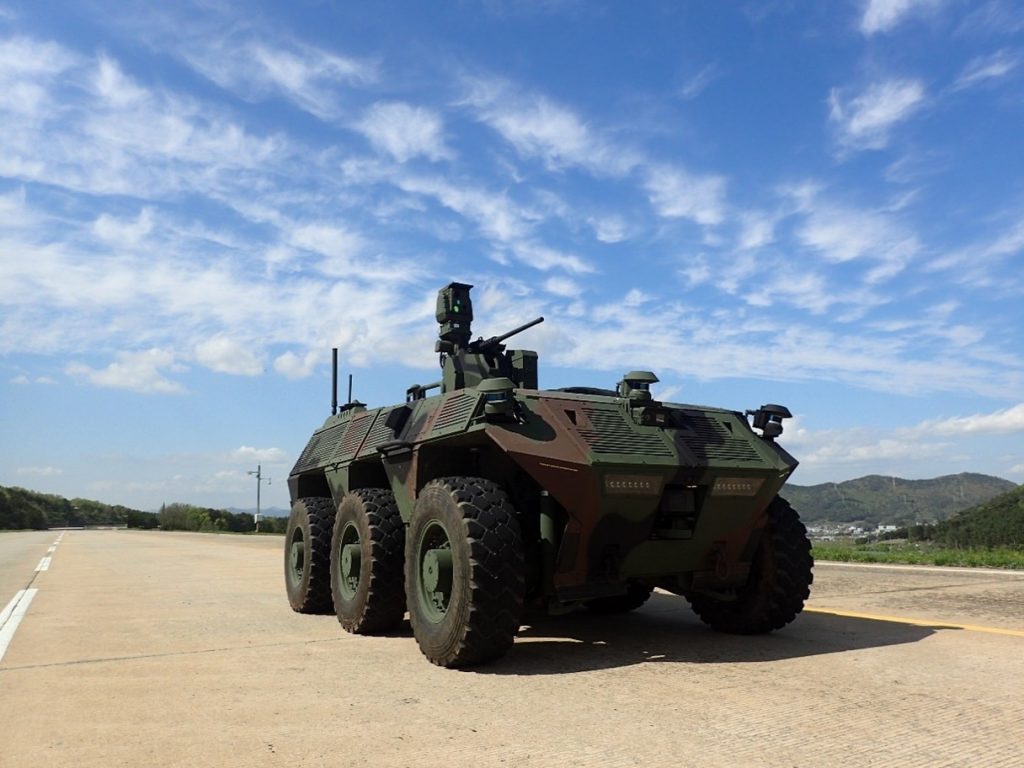 During the latest field trials conducted between last December and February, the unmanned robotics system successfully met key operational requirements sufficiently to be deployed in the military.

In March 2021, the USV reached Technology Readiness Level (TRL) 6 regarding key unmanned technologies, including self-driving, obstacle detection/avoidance, and surveillance. TRL 6 is the key condition to go ahead with full-scale systems development.

Powered by hybrid power systems, the USV is to work either by remote control or autonomously. The vehicle features sophisticated unmanned functions such as follow-me, travel-route control, obstacle detection/avoidance, and path planning in the case of communication loss.

The vehicle is armed with a machine gun mounted on a remote-controlled weapon station developed by Hanwha Defense. The platform can be reconfigured conveniently for other missions with the installation of different equipment like a detection device and drone for communications relay.

In 2019, Hanwha Defense completed the development of a 4×4 multi-purpose unmanned ground vehicle, the first of its kind in South Korea, to support infantry troops in different combat situations. The 1.5-ton vehicle operates on electricity to perform multiple missions, such as surveillance, logistics transport, evacuation of casualties, and combat engagement.

A newer 6×6 version, dubbed the Intelligence UGV, is set to be unveiled in July ahead of pilot operations in the Army’s drone-bot combat unit. The Intelligent UGV is to showcase upgraded performances, as it would have a payload capacity of 500 kg and a cruising radius of 100 km.