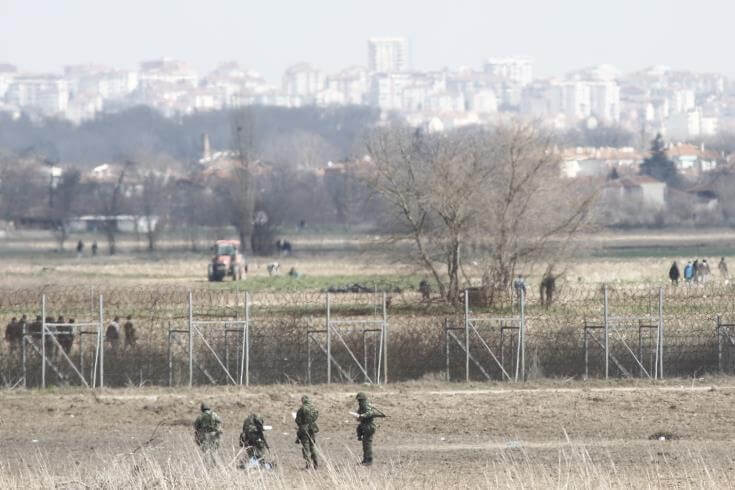 The EU’s concern over gunshot incidents “near Greece’s European borders” was expressed by European Commissioner for Home Affairs, Ylva Johansson, following the EU Foreign Ministers’ meeting which took place via teleconference under the Portuguese Presidency.

Responding to a question at the closing press conference, the Commissioner confirmed that she had received a report from Frontex on specific gunshot incidents at the EU-Turkey border in Evros, noting that “this is not the first time I have heard of such incidents. I’m always concerned when there are shootings at the EU border, even when these are not against people.”

Also read: Evros | Incident with shots fired in the air by Turks

The Commissioner noted that “Frontex will discuss the issue in its board meeting,” but, she added, “I will also discuss this myself with the Greek authorities when I go to Athens at the end of the month.” Ylva Johansson noted that the issue will be assessed in the context of the general relationship with Turkey.

During the Council, 27 Ministers discussed, inter alia, immigration, the Commission’s proposal for a new Pact on Immigration and Asylum, and a confidential report by Community services on third countries and their readmission cooperation, which includes Turkey, among 39 states, for 2019, according to Portuguese Interior Minister Cabrita.

One of the provisions of the whole debate is to increase cooperation between the EU and all 39 states with reciprocity as an incentive, as for example in visa liberalization procedures.

“Consultation with third countries must be comprehensive and cover a variety of issues, such as assistance in the pandemic, our fundamental rights assistance, as well as cooperation against terrorism and the exchange of police information,” said Ylva Johansson.

Specifically in terms of Turkey, she explained in detail that “the issue of the joint EU-Turkey declaration will, of course, be discussed at the European Council in a few days. What we expect from Turkey is that it will implement the agreement on its part, especially the part of the traffickers and proceed with the returns from the Greek islands”.

As she noted “both the EU and Turkey have stopped – the EU is taking refugees from Turkey to relocate them to Europe and Turkey is taking back immigrants from Greece. When the coronavirus pandemic broke out, both sides stopped. But this started again last August. So we have relocated 2,500-3,000 people from Turkey since then, even though the pandemic is not over. But Turkey has not resumed returns from the Greek islands and that is what I expect it to do.”

“We saw what Turkey did a year ago, which used immigrants as a threat against Greece and the EU. This cannot be accepted. I expect Turkey not to do it again,” she said.

The Commissioner also noted that the situation today on the Greek islands is better – as there were 42,000 immigrants when she took over and today they have come down to 15,000. “Not everything is good, but a lot of progress has been made,” she concluded.

Finally, the Commissioner confirmed that the proposal regarding the digital green card to be presented by the Commission next week would concern vaccines approved by the European Medicines Agency.