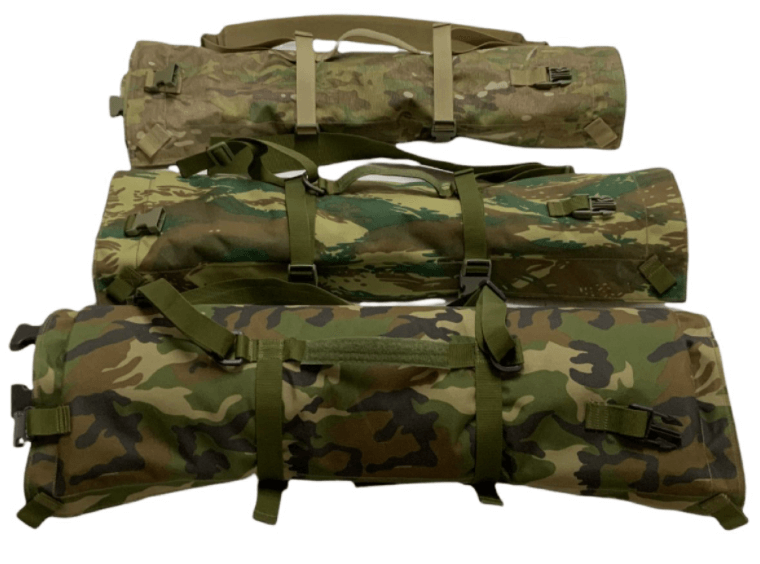 The new product of DOUBLE ACTION DEFENCE can effectively protect the soldier from air-burst ammunition, the military personnel’s biggest threat on the modern battlefield. 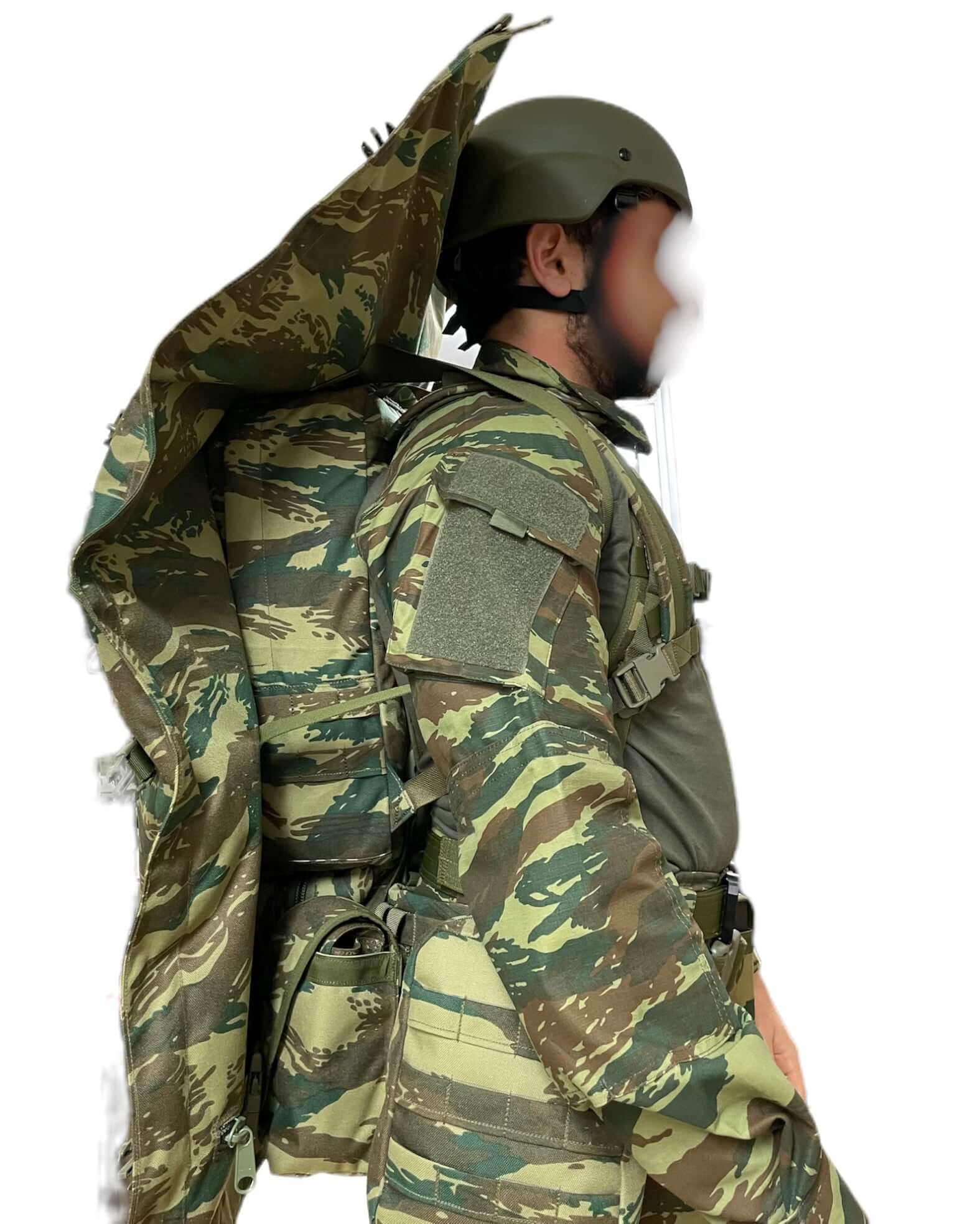 Weighing 3 kg and measuring (when open) 1.06 X 66 cm, the Individual Anti-Ballistic Protection Cover effectively protects, according to the company, the soldier – when he is in a kneeling position or in a trench – from almost all the projectiles of air-burst ammunition, which, for example, explodes behind him, while at the same time he retains the ability to fight. The photo below shows the protection against air-burst ammunition of 40 mm X 53 ABM HTE309 Pre-Fragmented High Explosive Warhead with at least 330 tungsten balls. 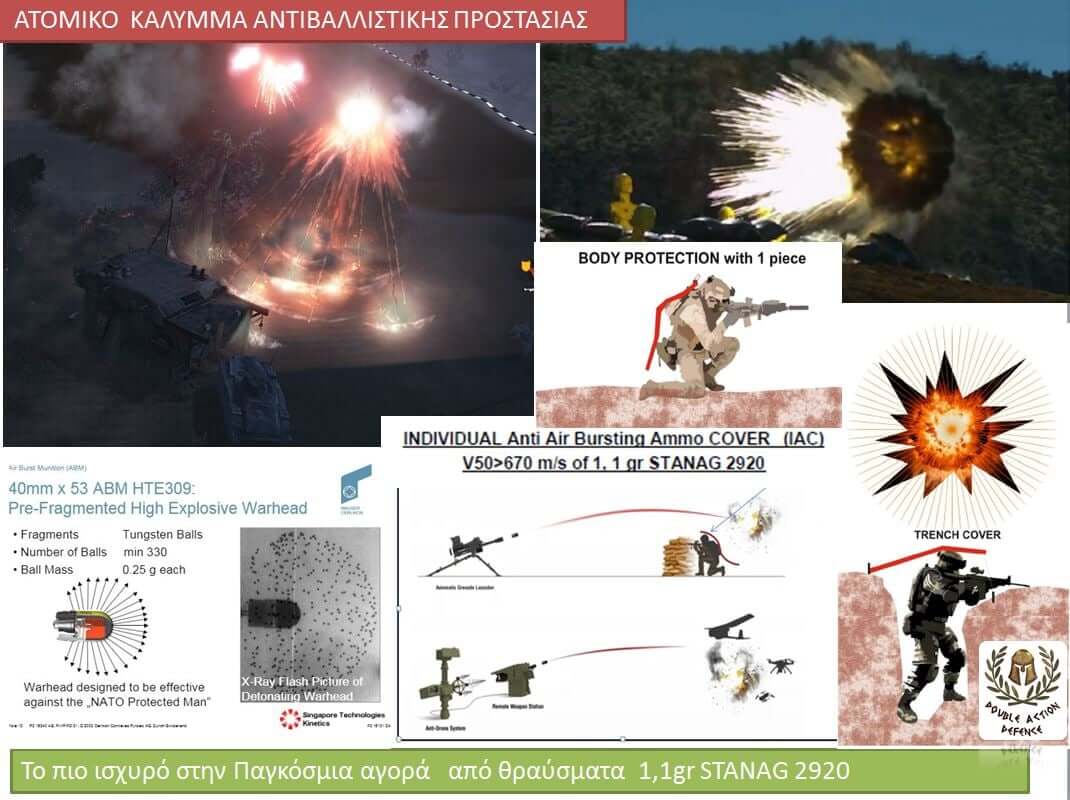 The fact that the Individual Cover at issue can be connected to other Individual Anti-Ballistic Protection Covers gives it the ability to create anti-ballistic coverage when placed on Command Stations or other fabric-made material on the field like tends. The level of protection it offers is IIIA ++ and is considered, according to DOUBLE ACTION DEFENCE, as the most powerful on the market for protection against fragments of 1.1 grams (STANAG 2920).

According to the company, the product has already secured its first orders from abroad. We had the opportunity to see the products of DOUBLE ACTION DEFENCE during our visit to the DEFEA exhibition last July and, as you can see in the article below, they attracted the interest of, among others, the Chief of the National Guard, Lieutenant General Democritus Zervakis.