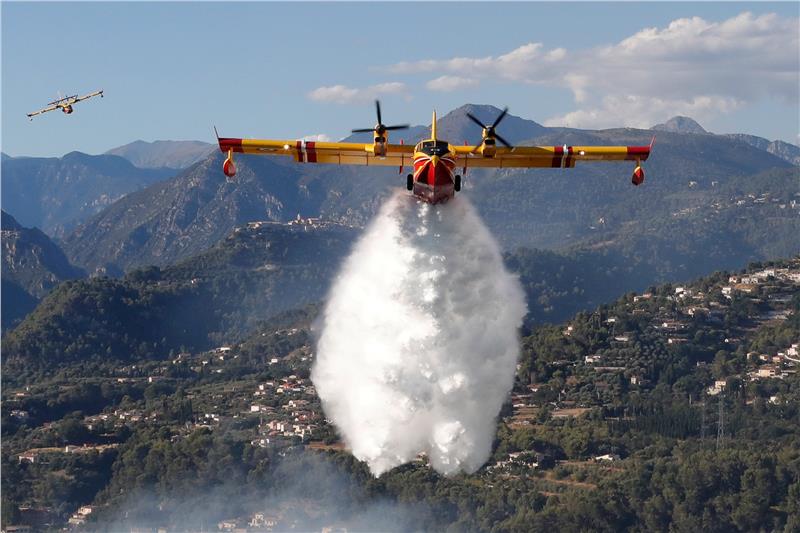 An excerpt from the report of the Independent Committee regarding the Fire of Solia in 2016, as well as the Committee’s decision over the needs of the Republic of Cyprus in firefighting means has been released by the Forest Department.

Regarding the Fire of Solia in 2016, in the first excerpt on firefighting aircraft, the Independent Committee states: “Due to its size, structure of economy but also owing to its recent exit from the Financial Support Program, the Republic of Cyprus has a specific fiscal economic context. Therefore, further strengthening the Republic of Cyprus via the acquisition of aircraft would theoretically give greater deterrent power and increase potential to the theater of operations, the question arises as to whether it is practically possible to find resources to purchase or lease new and more aircraft.

Today, the Republic of Cyprus has two (2) aircraft which are under the management of the Forest Department. These planes, according to the existing supply infrastructure, can carry about 10 tons of water per hour with a dead time of up to 30 minutes per hour.

If the helicopters leased are taken into account, then the volume of water that can be transported to the fire reaches about 25-30 tons per hour. This amount is not enough in case of large fires.

The Committee, on the basis of its own study and taking into account the recommendations of the committee appointed for “study of the capabilities of the aircraft and the needs of the Republic of Cyprus in aircraft firefighting equipment”, suggests the acquisition of two (2) more firefighting aircraft similar to the ones already acquired. These are flexible and operate efficiently, while their purchase and maintenance costs are low compared to other aerial firefighting equipment. Inductively, this implies the need for possible expansion of the station and maintenance areas of these aircraft at Paphos and Larnaca airports. It is suggested that the purchase of the amphibious type of such aircraft be considered.”

Regarding the Committee’s decision, in the second excerpt released by the Department of Forests, it is stated that: “Based on the above, it is difficult to draw a safe conclusion as to which option is better and more advantageous for the state, taking into account its specificities owing to the fact that there is no previous experience in Cyprus, either in terms of the cost or the operation of firefighting aircraft via the processes of renting, leasing/purchasing services or BOT (build-operate-transfer).

We only have experience in helicopter leasing, which cannot be used to decide on completely different aircraft, with an utterly different use and management.

The Committee recommends that we proceed on a pilot basis in the leasing/purchase of services primarily for two firefighting aircraft (similar to those of the Forest Department) from neighbouring or other countries for at least two years with the right to extend for up to two years.

It is important to emphasise that, in this case, every effort should be made to ensure these aircraft are acquired in low prices, following the example of Portugal, namely by balancing the number of flight hours during a year with increased activity with years of less activity, in contrast to the annual contracts where in the periods of maximum activity, they normally performed the conventional hours or fewer hours in the years of lower activity.

During and before the end of the above period, the whole project will have to be evaluated in order to make the final decisions based on real financial and other related data, such as problems, difficulties, needs that will arise and other relevant experiences.”