Defence spending bill including sanctions for Turkey approved by Senate – The history of the effort by the Greek community
Defence Redefined
Published on 12/12/2020 at 11:11 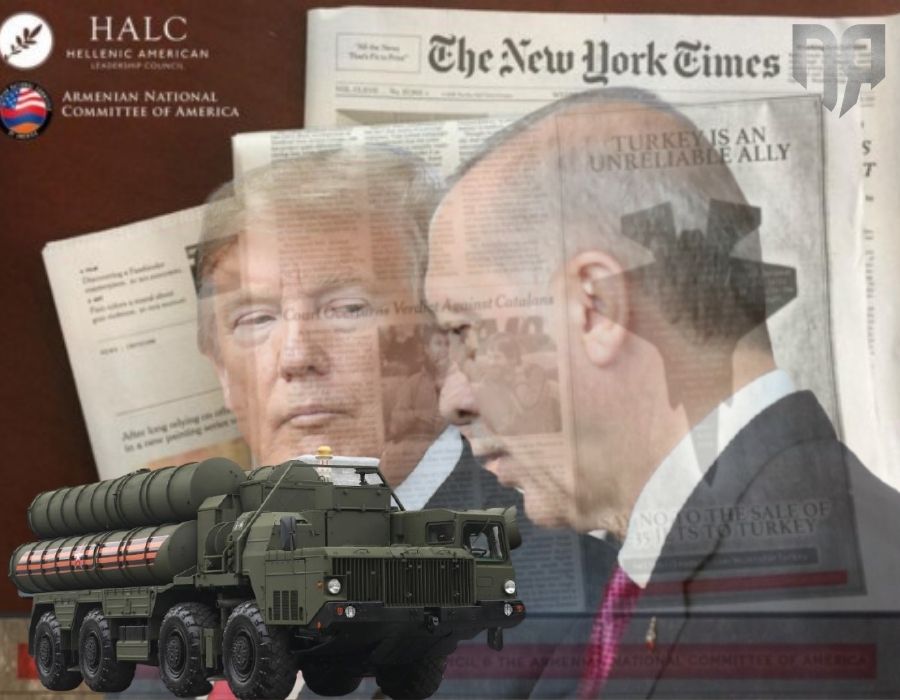 The U.S. Senate is sending the National Defence Authorization Act for Fiscal Year 2021 (NDAA 2021) to Trump’s desk after vowing the bill with 84-13 votes yesterday night. The bill was also voted by the House of Representatives on Tuesday with a majority of 335-78.

The bill requires the imposition of sanctions within 30 days of the legislation passing. It calls for sanctions on “each person that knowingly engaged in the acquisition of the S-400 air defence system” by Turkey.

President Trump – who has threatened to veto the law because he would like to include provision against big tech companies – has ten days to do so, otherwise the bill will automatically become state law. However, the results of the votes in both houses show that there is a clear majority to overturn the veto of the President. By vetoing, the only thing President Trump will be able to achieve is pave the way for this successor, Joe Biden, to choose the imposing of sanctions on Turkey.

According to Reuters, President Trump was due to impose some CAATSA sanctions on Turkey yesterday, ahead of the NDAA vote. It is not known how many of the sanctions would be imposed, while the publication said that restrictions would be imposed on the CEO of the Turkish Aerospace Company, Temel Kotil. Article 231 of the Law speaks of the imposition of at least five sanctions, as described in Article 235.

According to an article by journalist Michalis Ignatiou, in March 2018, he and Eddie Zemenidis, Executive Director of the Hellenic American Leadership Council (HALC), discussed the possibility of a publication (ad) in the New York Times.

The publication concerned an appeal to President Trump and American lawmakers to end Turkey’s participation in the production program of the American fighter jet F-35.

The late benefactor, Nikos Mougiaris, a Greek-Cypriot from Athienou, who lived permanently in America and managed to grow as the founder of MANA Products, offered to cover the cost of advertising. The publication, which was also supported by the Armenian National Committee of America (ANCA), was very popular and was the beginning of the fight for the non-receipt of F-35s by Turkey, with the additional aim of imposing sanctions on the S-400s.

According to Michalis Ignatiou, Democratic Sen. Bob Menendez took the lead in the effort, followed by many lawmakers, Democrats and Republicans, as well as several Greek journalists working in the United States who raised the issue.