Menendez is urging Pompeo to impose sanctions on Turkey
Defence Redefined
Published on 23/06/2020 at 08:37 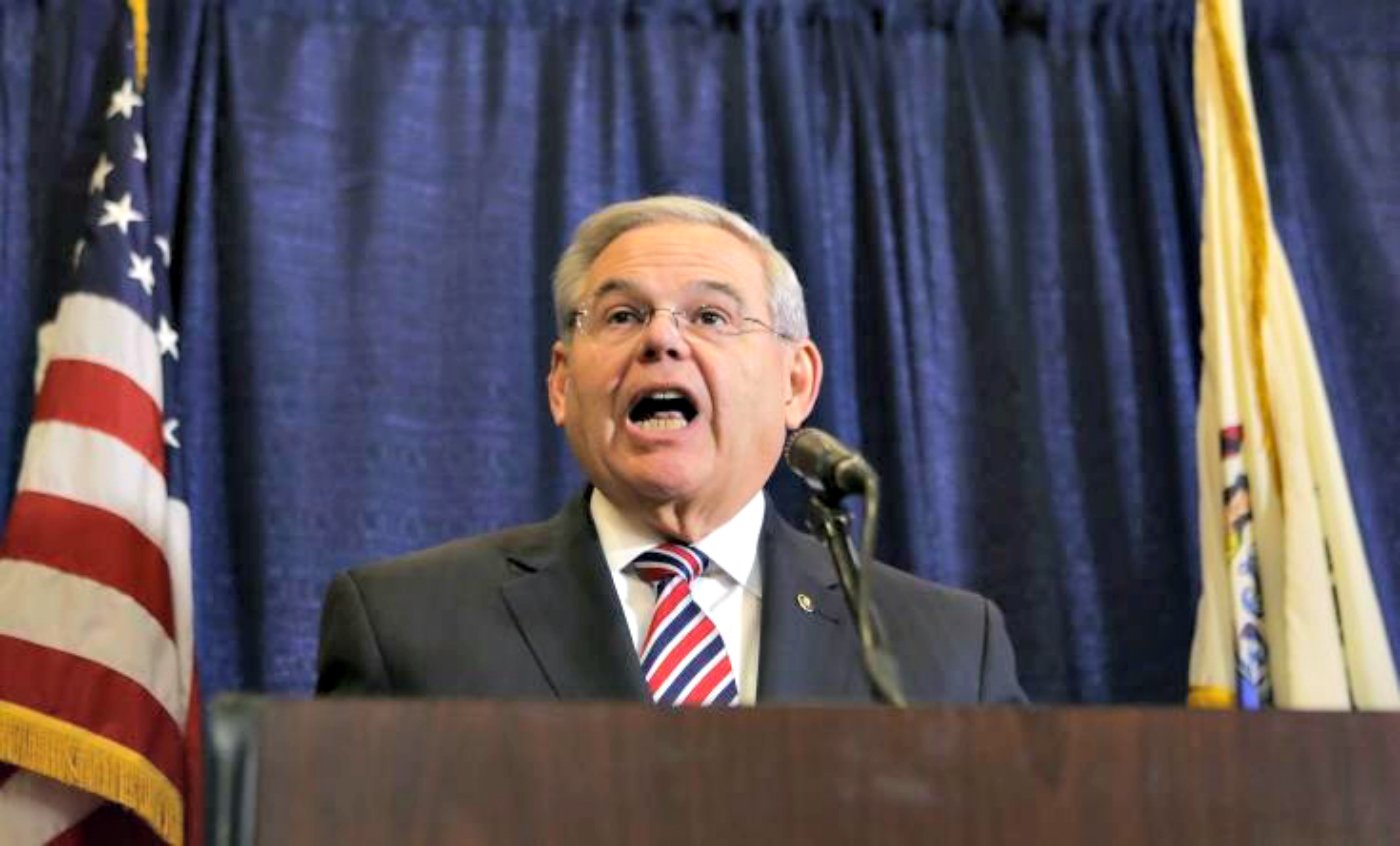 In an extensive letter to US Secretary of State Mike Pompeo, chair of the United States Senate Committee on Foreign Relations, Robert Menendez, denounces the escalation of Turkish aggression in the eastern Mediterranean in a way that threats US interests and provocations against sovereign rights of Greece, Cyprus and other countries.

At the same time, he calls for the immediate imposition of CAATSA sanctions on Turkey, regarding the purchase and installation of Russian S-400 missiles.

In his letter Menendez expresses deep concern about recent actions by the Republic of Turkey that mark an escalation in aggression in the eastern Mediterranean in a way that threatens U.S. interests.

“U.S. ties with Greece, Cyprus, and Israel are vital for stability in the eastern Mediterranean, and the Eastern Mediterranean Energy and Security Act of 2019, which the president signed into law as part of the FY20 appropriations bill, sought to strengthen these connections,” he writes in the letter.

He adds that, in recent months President Erdogan has been threatening regional stability and U.S. policy interests by increasing aggression “against our Greek and Cypriot partners.”

Also read: Cavusoglu | Israel should annul its agreement with the Republic of Cyprus

As he mentions, “the clearest manifestations of Turkey’s pattern of destabilizing behavior is its purchase of the S-400 air defense system from the Russian Federation, which severely threatened U.S. security interests in Europe. Before the purchase was finalized, Congress sought to work productively with the Administration to present Turkey with a NATO-compatible option of the U.S. PATRIOT missile defense system. However, Erdogan chose Vladimir Putin instead. Turkey’s choice calls into question Ankara’s commitment to the alliance – a bedrock of U.S. national security – and endangers NATO interoperability,” says Senator Menendez. He adds that “the purchase of a $2.5 billion military system clearly constitutes a significant transaction with the Russian defense sector as defined in U.S. law, which triggers sanctions. The appropriate response is clear. Under the implementation standards your own Department has set, Russia’s delivery of the S-400 is a clear violation of CAATSA. When China purchased and took delivery of the exact same system from Russia, the United States rightly imposed CAATSA sanctions.”

He also notes that applying a different standard to Turkey based on the personal affinity that President Trump apparently has with President Erdogan is no way to conduct foreign policy.

“The Administration’s failure to impose sanctions against Turkey for this purchase will drastically diminish the deterrent effect of CAATSA sanctions for other countries considering significant purchases of Russian military equipment,” he points out.

He also said that beyond the purchase of the S-400s, Turkey has increasingly violated the sovereignty of countries on its borders and across the Mediterranean.

“Since January, Turkey has become the latest country to violate the UN arms embargo on Libya and has leveraged military support for Libya’s Government of National Accord to push an ill-conceived maritime border agreement that ignores not only the legitimate claims of Greece and Cyprus, but also basic international law. Such actions run counter to efforts to promote stability in the region,” he writes in the letter.

Also read: Ambassador of Greece | The determination of the EEZ, the Cyprus issue and the possibility of a serious security incident | VIDEO

Menendez adds that last week, Turkey launched a major military invasion into the Kurdish areas of Iraq, composed of air-and-land offensives, threatening to further destabilize an already volatile and vulnerable region. “Turkey has publicly said it plans to set up temporary military bases in Northern Iraq as part of this initiative to strike Kurdish militants along the Iraq/Turkey border area, further violating Iraqi sovereignty and international law.”

In terms of Turkish violations of the Cypriot Exclusive Economic Zone (EEZ), Menendez stresses that are well documented and that “in recent weeks, Turkish ships have increased exploration activities in Cyprus’s EEZ, seeking to capitalize on the suspension of international energy companies’ exploration activities during the COVID-19 crisis.”

“The European Union has taken welcome steps in sanctioning Turkish individuals involved in violating the Cypriot EEZ. In solidarity with our allies and friends in Europe, the United States should follow suit and immediately impose sanctions on these same individuals,” he says.

He also points out that Cyprus is not the only partner of the US in the Eastern Mediterranean dealing with Turkish violations of its sovereignty and that “in the air, Turkish jets violate the airspace of Greece nearly every day, endangering Greek pilots and civilians living below. It may only be a matter of time before this recklessness results in loss of life or destruction of property.”

Menendez also notes that “Turkey’s repeated violations of Cypriot and Greek sovereignty highlight President Erdogan’s lack of commitment to the rule of law, which the Turkish government again demonstrated last week by sentencing U.S. consulate employee Metin Topuz to nearly nine years in prison with no credible evidence to support the charges against him. Turkey’s treatment of Mr. Topuz represents a grave miscarriage of justice, and the United States must not let this treatment of our local embassy staff stand.”

Furthermore he hopes that in the future the US can count on a democratic, productive partner in our NATO ally Turkey.

“However, we must uphold our own laws in pursuit of our interests and stand with our allies in the face of aggression. I urge you to fully implement appropriate CAATSA sanctions and core components of the Eastern Mediterranean Energy and Security Act, a critically important expression of commitment to our relationship with Cyprus, Greece, and Israel. I also urge you to reschedule your postponed visit Cyprus as soon as possible so that we can further advance these goals. Finally, I call on you and President Trump to step up your efforts to defend our local embassy staff, in Turkey and around the world, from abuses like what Metin Topuz and two other local embassy staff in Turkey now face,” the letter concludes.

Cyprus has been divided since 1974, when Turkish troops invaded and occupied its northern part. Turkey has ignored numerous UN resolutions calling for the withdrawal of the Turkish troops and the respect of the integrity and sovereignty of the Republic of Cyprus.

Turkish drill ship “Yavuz” arrived last April in the Exclusive Economic Zone (ΕΕΖ) of Cyprus, after Ankara announced another attempt to drill a well in blocks licensed to European companies. This is the 6th time Turkey attempts to drill within the EEZ and continental shelf of the Republic of Cyprus, this time in an area that covers part of exploration blocks 6 and 7, which have been licensed to ENI and TOTAL.

In a statement on May 15, EU Foreign Ministers deplored the fact that Turkey has not yet responded to EU calls to cease such activities and reiterated their call on Ankara to show restraint, refrain from such actions, and respect the sovereignty and sovereign rights of Cyprus, in accordance with international law. EU Foreign Ministers also reaffirmed previous Council and European Council conclusions, notably those of June 2019 and October 2019 on Turkey’s continued illegal activities in the Eastern Mediterranean.