DEFEA renders Greece the center of information on developments in defence technology
Defence Redefined
Published on 15/11/2021 at 15:44 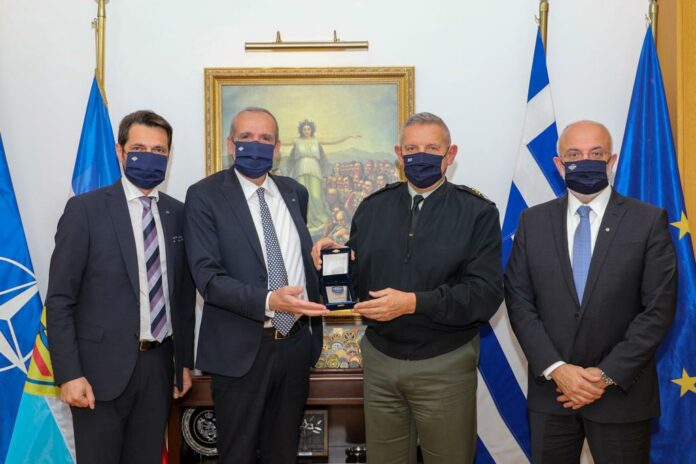 According to an announcement by the Hellenic National Defence General Staff (HNDGS), on Friday, November 12, the Chief of HNDGS, General Konstantinos Floros, met in his office with the President of the Hellenic Manufacturers of Defence Material Association (SEKPY), Mr. Anastasios Rozolis, the President of ROTA SA, Mr. George Tsaousoglou, and the Director of DEFEA Exhibition, Mr. Vassilis Barkas.

During the meeting, which was held in a very warm atmosphere, the International Exhibition of Defence and Security DEFEA 2021 held under the auspices of the Ministry of Defence in Athens in July 2021 was evaluated, while its organisers expressed their gratitude for the important contribution of the Armed Forces to the exhibition’s absolute success.

The future cooperation of HNDGS, SEKPY, ROTA SA and DEFEA was also discussed in order to render the Exhibition a pole of attraction for defence companies and countries, thus enabling Greece to become the center of information on the latest developments in cutting-edge systems and technologies in the field of defence and security.