Commemoration event for the fallen and missing heroes of the 286th Infantry Mechanised Battalion
Defence Redefined
Published on 29/11/2021 at 19:45 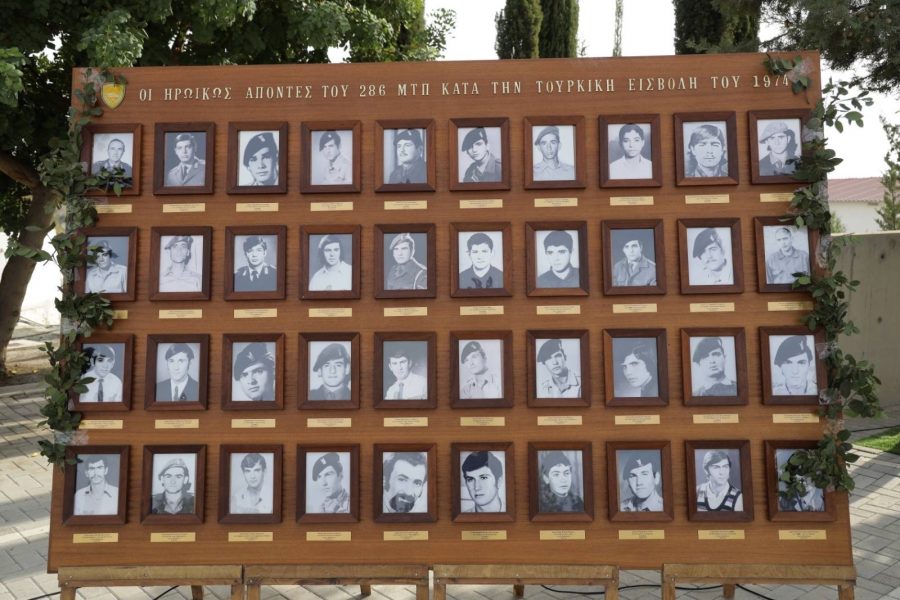 A commemoration event was held for the fallen of the 286th Infantry Mechanised Battalion who were sacrificed while fighting the Turkish invaders during the dark summer of 1974 or are still missing.

The event took place at the headquarters of the Battalion at the “Michalakis Paridis” camp and was organised by the Battalion Fighters Association in collaboration with the National Guard. During the event, the President of the Fighters Association, Mr. Christos Toufexis, the President of the Organisation of Relatives of Missing Persons, Mr. Nikos Sergidis, and the Minister of Defence, Mr. Charalambos Petridis addressed greetings.

The Minister of Defence referred to the history and the action of the Battalion against the Turkish invaders in Kontemenos, in the battles against the bridgehead, in Lapithos, Karavas, Agridaki, Agios Ermolaos, and later in Skylloura, Agios Vassilios, Filia and at Nicosia airport. He then stated that the sacrifice of the fighters of the 286th Infantry Mechanised Battalion is a milestone in the ongoing struggle to return to our occupied homes.