Christos Rotsas | “It’s time for us to help Greece” – Audio 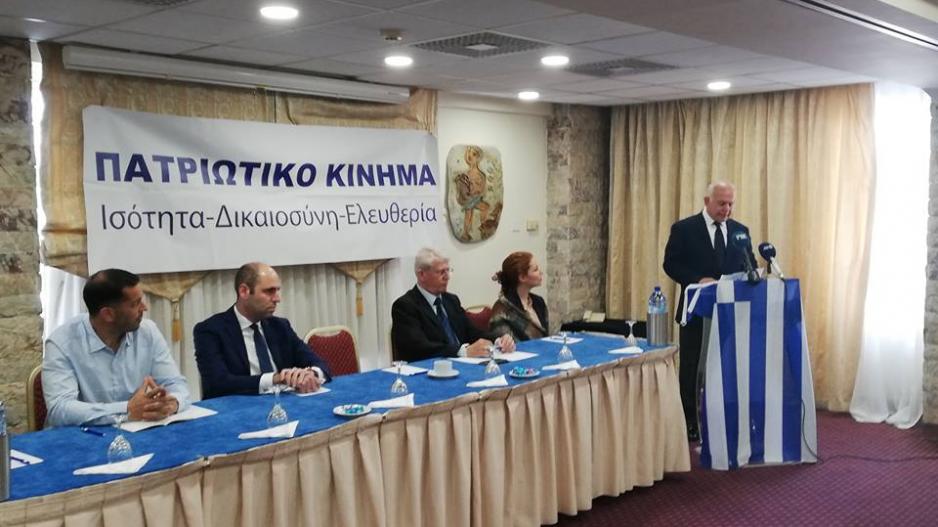 In the show “PROTI ENIMEROSI” with Lazaros Mavros and Marios Poullados, the former DISY MP and current candidate of the Patriotic Coalition, Christos Rotsas, spoke about the shielding and armament of Cyprus.

Specifically, Mr. Rotsas, regarding the situation in Cyprus, said that: “When Erdogan threatens you, you do not reduce your military term, but you enlist women too. Defence cannot only be 50% responsible.”

Regarding the defence reinforcement, the candidate of the Patriotic Coalition explained that: “When Greece hardly manages to purchase 18 Rafale, because it cannot afford 24, the political leadership of Cyprus ignores the situation, and we do not proceed to purchase 6 more to complete the squadron.”

Also read: Andreas Pentaras | It is difficult for the European Union to impose sanctions on Turkey – VIDEO

The movement of Mr. Rotsas sent a letter to the President of the Republic, Nikos Anastasiadis, stating that Greece cannot – with the meager means in its possession – purchase equipment and we, Cyprus, do nothing like this. It is neither fair nor honorable for the Hellenism of Cyprus.

He even stated that: “Twenty years ago there was a debate whether Greece would buy the F-15s. At that time I was in the political office and I asked Glafkos Clerides to contribute, with the amount of 500 million pounds, to purchase this aircraft and to ensure our peace for many decades to come. Then the president talked about amateur advisers, that’s what he called me. If we then had the F-15, the aircraft of absolute air domination, today we wouldn’t have drillships off Limassol or ships moving to and from the Aegean and Cyprus.”

Mr. Rotsas continued by saying: “It is time for us to help Greece, to buy the F-35s, to take advantage of this window of opportunity after Turkey’s withdrawal from the program, to gain what Hellenism has always had since the ancient times, that is, better equipment than its enemy.”

Also read: George Karoullas on armament programs | “Let the people know that a lot of work is being done”

On the Cyprus issue, Mr. Rotsas said: “The Cypriot Hellenism has not realized that the Cypriot problem has to do with power, security, defence. The reserves, from 18 to 60 years old, are 130 000. If we had women in the force, no power would be able to drive us out of our place, knowing that we have nowhere else to go. For the first time, the Turks would feel insecure. For the first time, we would have had a chance to succeed in the negotiations.”