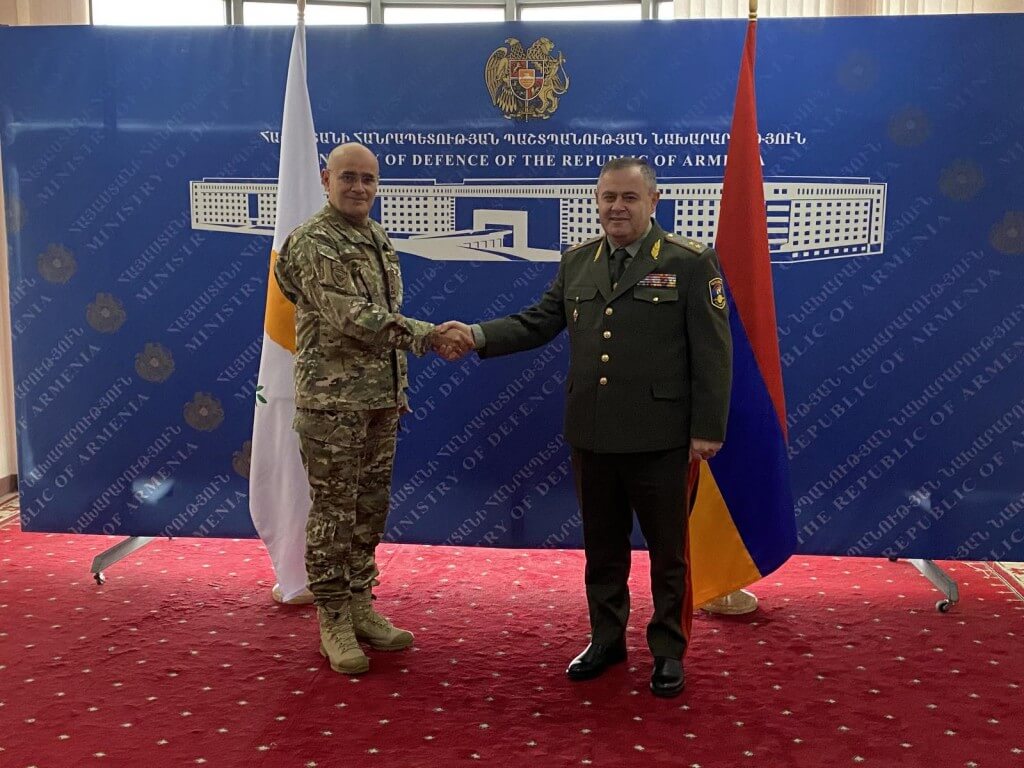 During the visit, the importance of the bilateral program of military cooperation between Cyprus and Armenia was reaffirmed, as well as the tripartite one with Greece, which are part of the network of international cooperation developed by the National Guard with the Armed Forces of friends and allied countries. At the same time, the developments in the Eastern Mediterranean and the Caucasus region, issues of common interest as well as ways of upgrading and expanding the cooperation between the Armed Forces of Cyprus and Armenia were discussed.

In particular, on Wednesday, January 19, 2022, the Chief of the National Guard was officially received by his counterpart at the General Staff Headquarters of the Armed Forces of Armenia, where the Cypriot delegation was briefed on the Armenian Armed Forces and the current situation in the wider region. During the meeting of the two delegations, which took place in an excellent atmosphere, the traditional positions of the authorities were first formulated followed by an exchange of views on the international security challenges facing the two countries in their areas of interest.

Lieutenant General Zervakis referred to the threats to security and stability in the Eastern Mediterranean region, due to the constantly evolving actions of at least one specific hybrid actor. The intention of both parties for the implementation and further deepening of the military cooperation program was also recorded.

Afterwards, Lieutenant General Zervakis was received by the Minister of Defence, Mr. Suren Papikyan, who expressed his gratitude for the support of the Republic of Cyprus and reiterated to the Chief of the National Guard the long-term support of the Government of Armenia to the solution of the Cyprus Problem in accordance with international law and UN resolutions.

The Cypriot delegation then visited the Air Defence Unit of the Armenian Armed Forces and was informed about its mission and capabilities. On the same day, the delegation visited the Armenian Genocide Memorial, where the Chief of the National Guard laid a wreath paying tribute to the fallen, while a briefing was held at the adjacent Museum where important relics related to the Genocide are on display.

Also read:  Chief of Defence | Meeting with Ambassador of Qatar to Greece 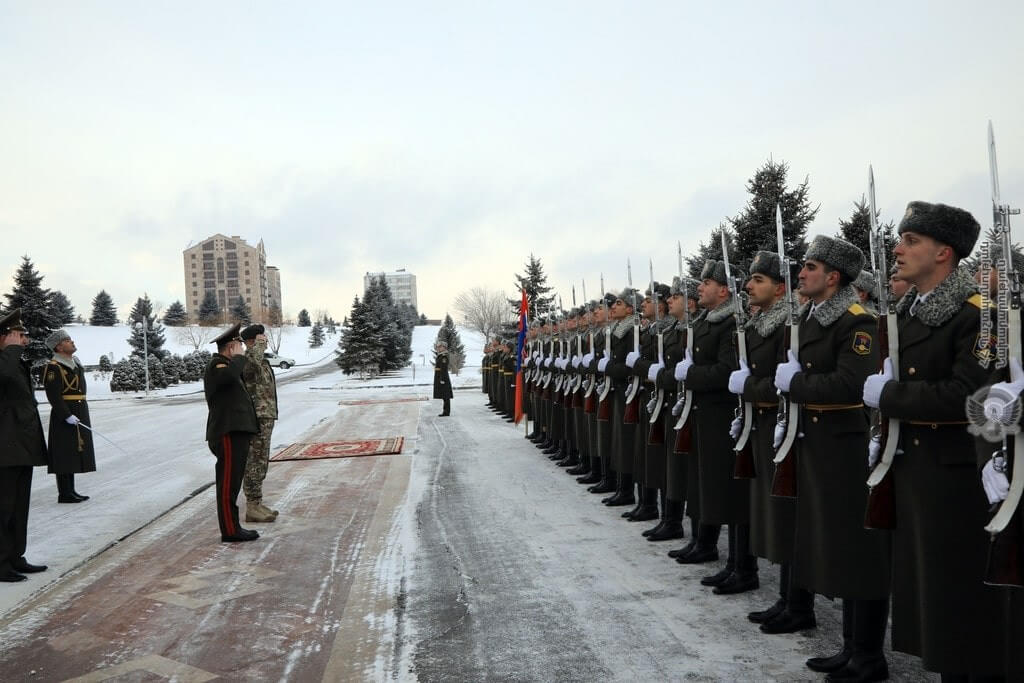 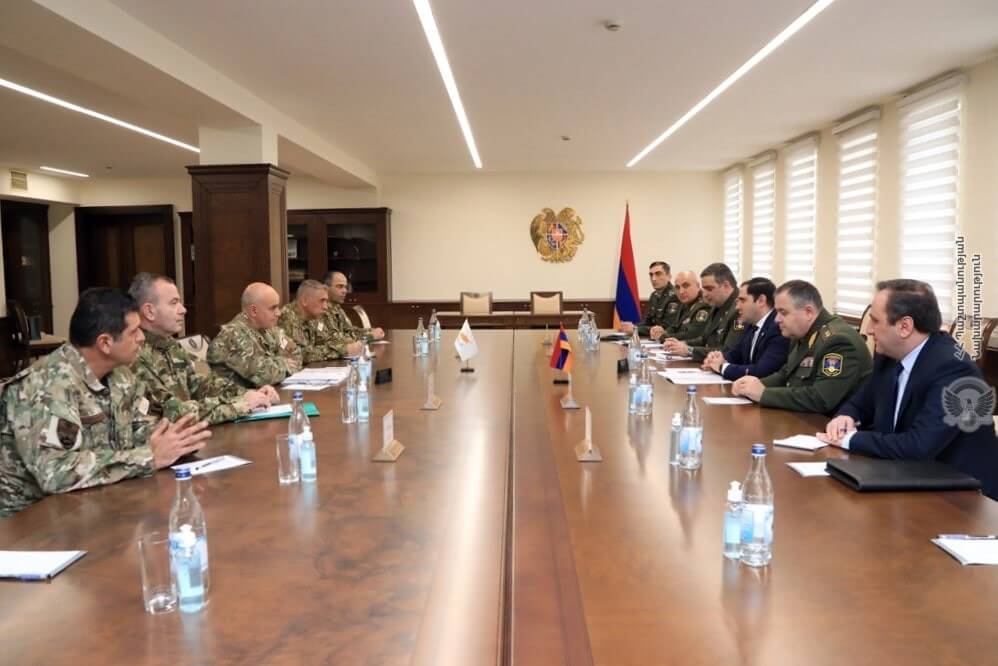 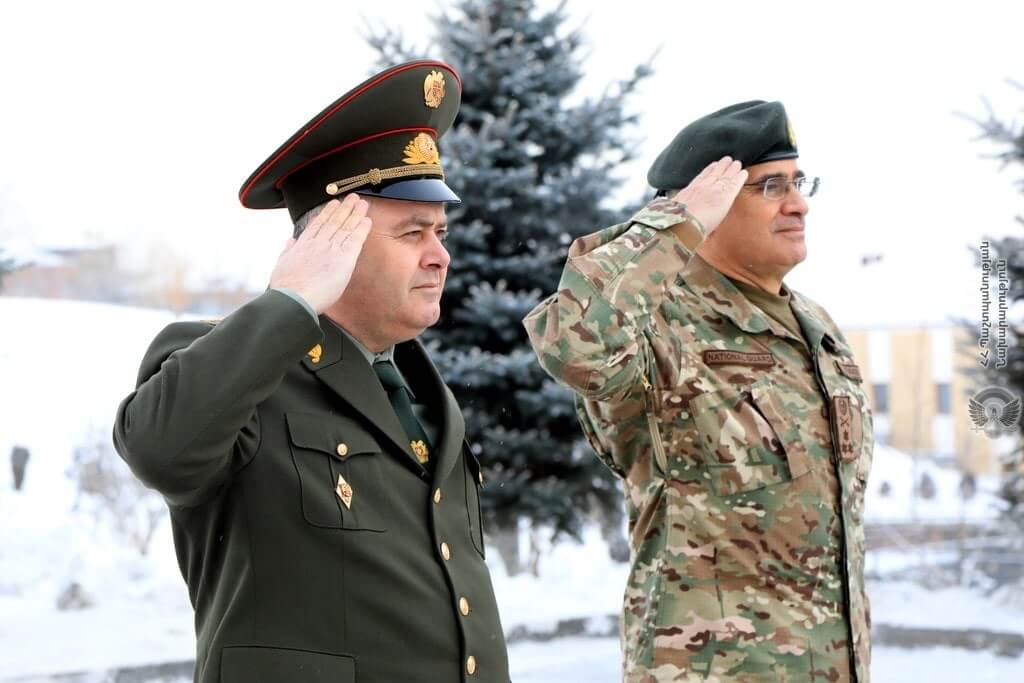 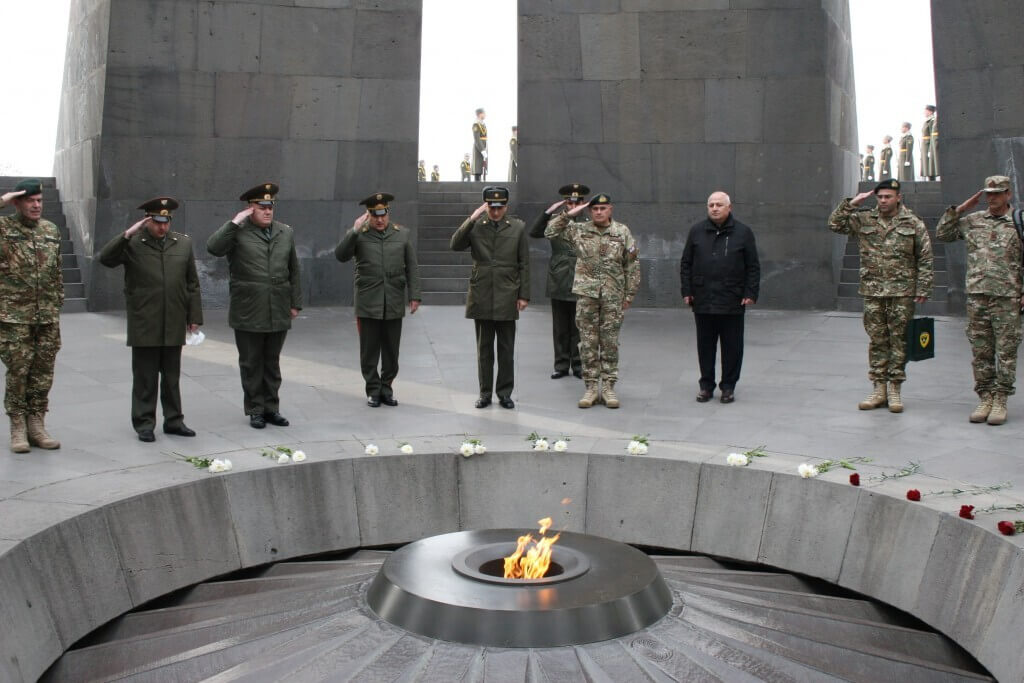