Annual Memorial of the 256th Infantry Battalion’s Fallen in the presence of the Minister of Defence – The military action of the Unit
Defence Redefined
Published on 01/08/2021 at 12:47 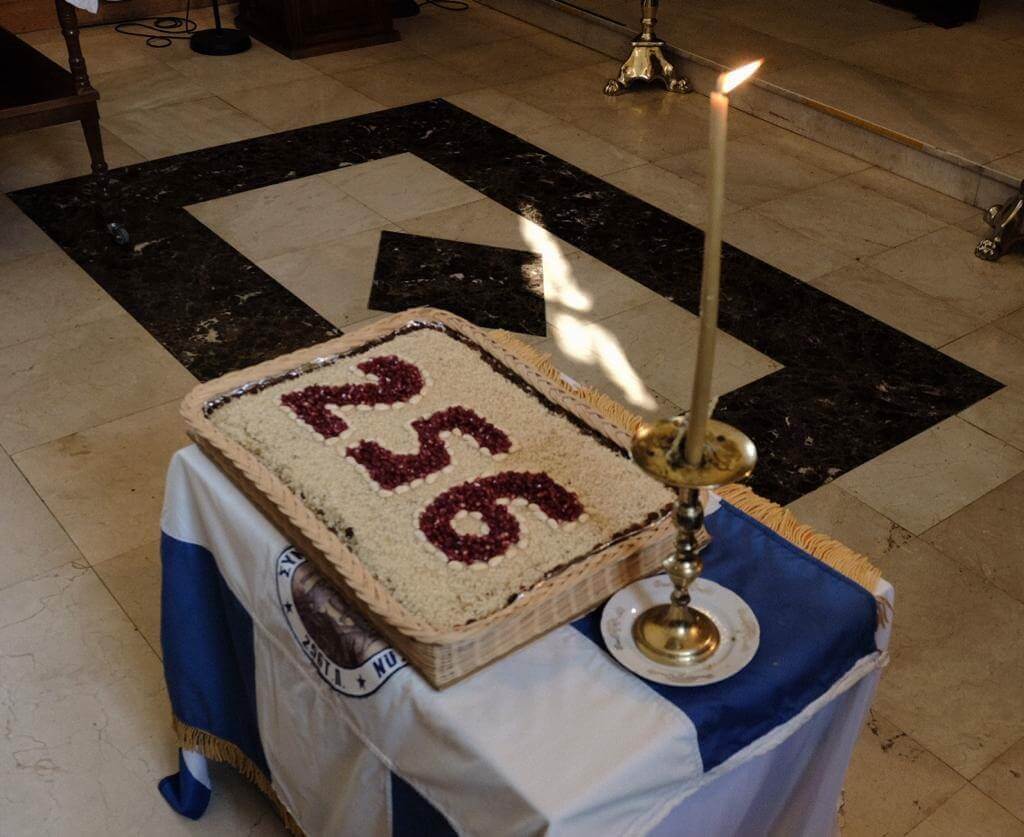 The annual memorial service of the 256th Infantry Battalion’s fallen took place today Sunday, August 1, 2021 at the church of Agia Marina in Evrychou. The service was held in the presence of the Minister of Defence.

In his speech, the Minister of Defence referred, among other things, to the military action of the Unit in 1974. In particular, the Minister stated that during the 1st phase of the invasion, the 256th Infantry Battalion participated in the operations to occupy the forts in Lefka, Agolemi and Elia with a total account of six sacrificed soldiers. 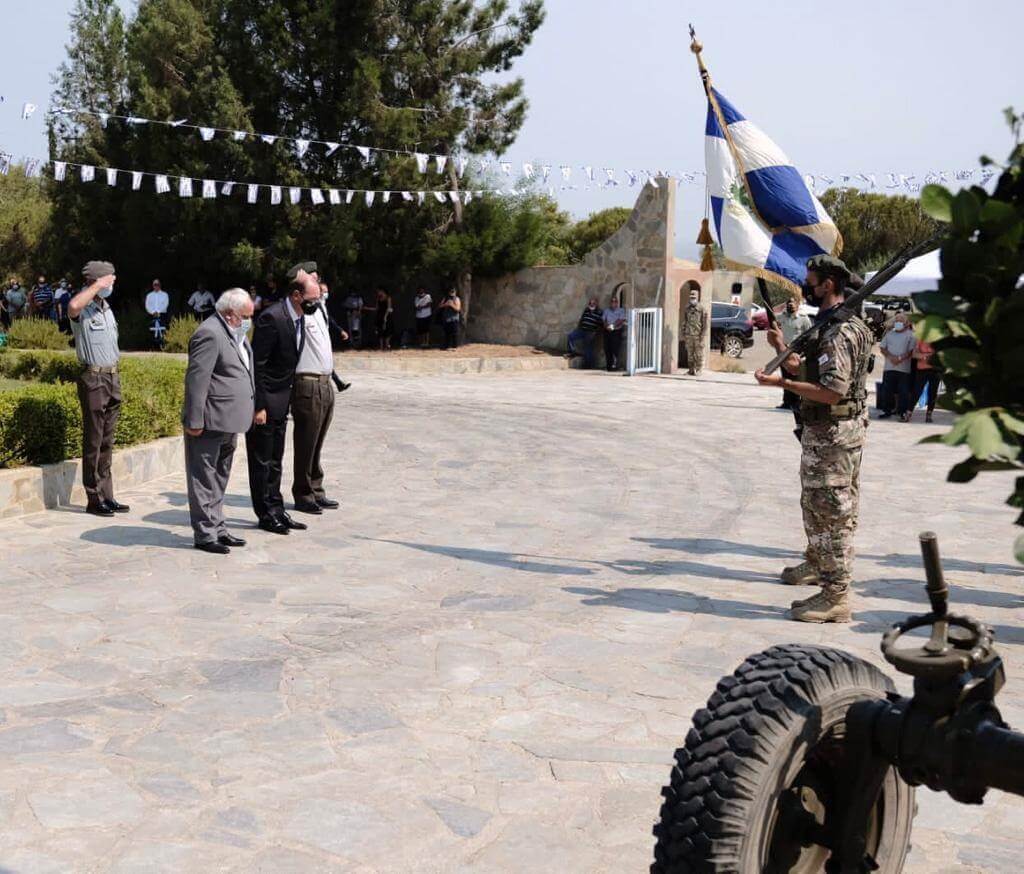 Continuing the Minister said that during the truce, the Battalion – as a reserve of the 11th Tactical Group – moved to Asomatos village and its 2nd Company participated in the operations in Agridaki. On August 2, the unit was ordered to enter the small towns of Karavas and Lapithos with a company respectively, in order for these towns to be considered as Republic-controlled areas during the marking of opposing forces by the United Nations.

“August 06, 1974, early Tuesday morning. Even though a truce had been ordered since July 22, one of the biggest battles recorded since the overwhelmingly large enemy forces of the Turkish invader, with the support of the air and naval forces, began the operation to widen the bridgehead by occupying the small towns of Lapithos and Karavas.

The 1st Company of 256 was defending Lapithos and the 2nd

Company assisted by men of the 286th Motorized Infantry Battalion, the 70th Engineer Battalion, and later a battalion of ELDYK, were defending Karavas. The mission of the defenders, although it seemed doomed from the beginning, proved for hours an insurmountable obstacle for the iron-clad Turkish army,” noted in his speech Charalambos Petridis.

Despite the efforts of the defenders, which inflicted serious blows on the enemy, around noon the two companies were ordered to fall back and take positions on the  Vassilia – Vavilas village line. The Turks, infiltrating invisibly in the area, set a deadly ambush on the reeds of Airkotissa, inflicting heavy losses on the fighters of the 256 Infantry Battalion with casualties amounting to forty-nine dead and missing.

In the second phase of the invasion, the Unit, after the heavy losses, was reorganized in its headquarters and took defensive positions in the passage of Panagra. With the breaking of the defensive line on August 14th and after a relentless bombardment by the Turkish air force, it moved to its current headquarters in Evrychou.

In total, throughout the operations, the 256th Infantry Battalion suffered casualties of 58 dead and missing. Five officers, thirteen non-commissioned officers and forty hoplites were examples of courage and self-denial in the performance of the sacred duty of defending the homeland. 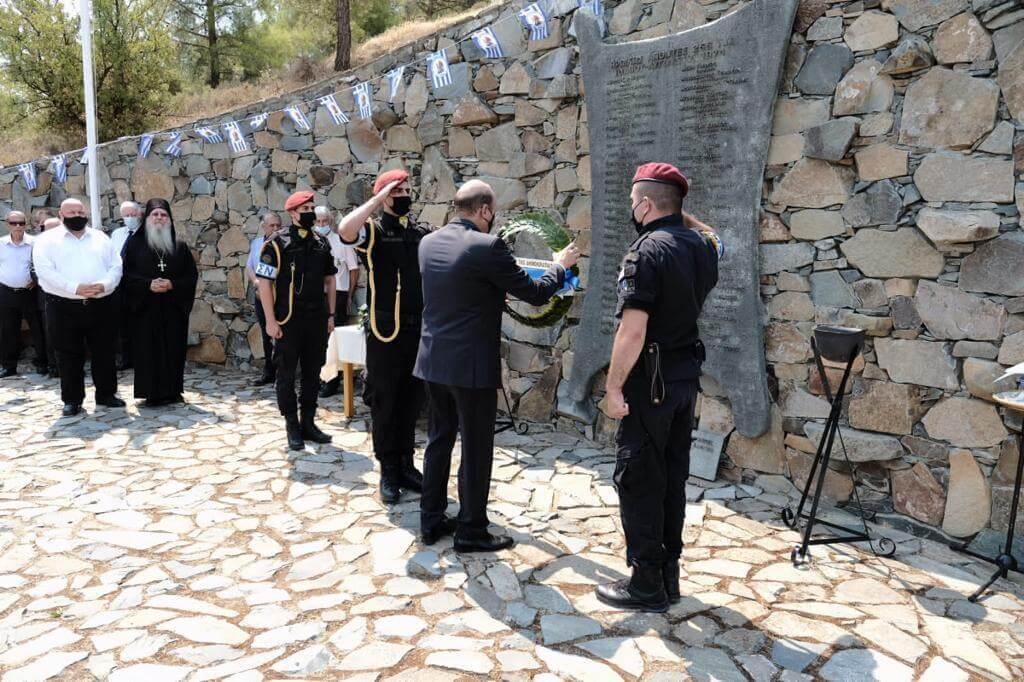 Their names are listed in the form of an ancient headstone Monument at the 256 Infantry Battalion position.

Also read: The Battle of Kotza Kaya | Makis Economides’ testimony – “One of the best operations in the world” – Photos & VIDEO