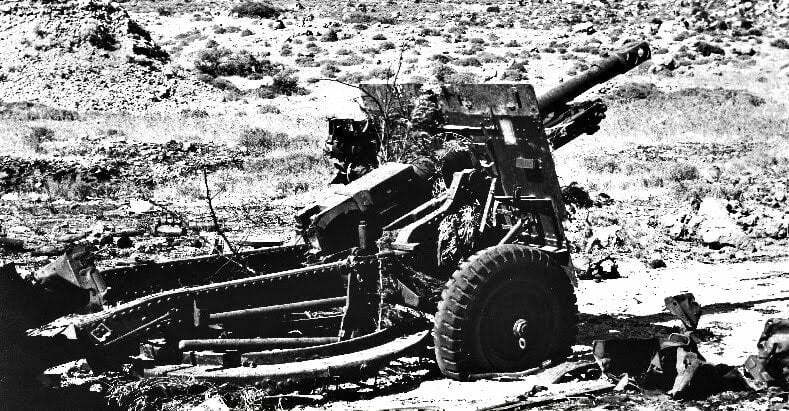 “Mountain of Silence” is a two-part historical documentary which describes the mission of the 181st Field Artillery Battalion in its attempt to counter the Turkish amphibious energy in the area of Kyrenia, in Pentadaktylos during the dark days of July 1974.

The film describes the tragic story of the heroic units of 181 FAB (Field Artillery Battalion) and 191 MAB (Mountain Artillery Battery). On July 23, 1974 the two units were found in an ambush battle, at a time of ceasefire and were badly destroyed. The battle lasted about two hours and the shooters found themselves fighting hand-to-hand with Turkish commandos, refusing to give up their guns, loyal to their orders.

The two units have 39 casualties and 5 casualties, a large number for artillery units. Among them, the missing commander from Thessaloniki, Stylianos Kalpourtzis. During the battle, 48 prisoners were arrested. Most of the shooters were injured.

Most of the two documentaries, which include dozens of testimonies of surviving warriors of the Heroic 181 FAB and 191 MAB, have been shot in the area of the Tragic and at the same time Epic ambush battle of July 23 in the Attila-occupied areas of Asichena of 181 FAB and 191 MAB in the villages of Trikomo and Syghari and in the Karaoglanoglou “Museum” in the area of Pente Mili.

The documentary includes footage from a Turkish film showing the devastated phalanx just days after the Holocaust.

The documentary also deals with the questions that arose because of the tragedy, which stigmatized and haunted the souls of the surviving shooters.

The general editing, historical research and direction of the film has been undertaken by the journalist Aimili Michael and the music investment by the well-known composer and music producer Andreas Giorgallis.

The Pancyprian Artillery Reserve Association has shouldered the financial cost of this film supported by our sponsors, which is another contribution to the History of our Homeland.

In addition to this proposal, the Ministry of Defence of Cyprus proposed the screening of the film in all camps of the National Guard.

(available only in greek)

The interviews were attended by: