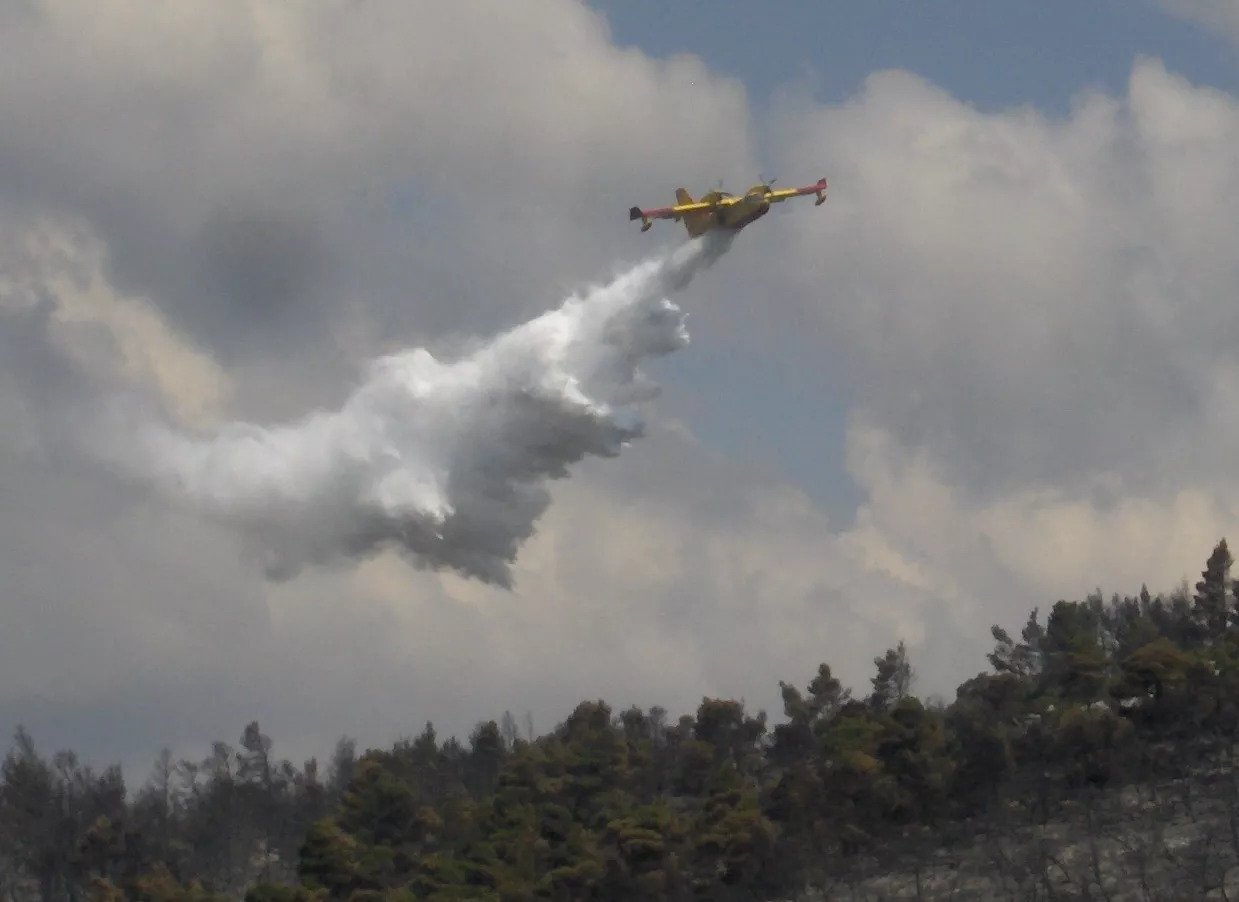 The pilot study of the “smart” early fire detection system developed by the Independent Power Transmission Operator (IPTO or ADMIE) is underway with the support of the Ministry of Civil Protection and Climate Crisis.

ADMIE utilizes high voltage pylons to protect the forest of Parnitha from fires by installing a “smart” early fire detection system at selected points of the electrical grid network, as indicated by the Fire Service.

In particular, the innovative pilot project, which is launched with the support of the Ministry of Climate Crisis and Civil Protection, provides for the placement of 540 sensors as well as optical and thermal panoramic cameras on 135 operating towers, covering an area of ​​tens of thousands of acres in the wider area of Parnitha.

A state-of-the-art information processing and fire risk assessment system will collect, integrate and evaluate in real time the data from the cameras and sensors that will be placed at four different points of each pylon, sending, in the event of a fire, an emergency signal to the National Coordination Center for Operations and Crisis Management (ESKEDIK).

In combination with the sensors, the optical cameras will transmit a live image during the day, while the thermal cameras will warn of the possible outbreak of a fire at night. The data will be transmitted with high geographic accuracy via a LoRa (Long Range) network and a fourth generation (4G) mobile broadband network.

The “smart” fire detection system through sensors, which was designed by Grid Telecom, a subsidiary company of ADMIE in the telecommunications sector, will be energy independent and will be powered exclusively by solar energy.

The operation of this new system, even in its pilot phase, is expected to significantly facilitate the difficult work of the firefighting forces and enhance their capability to quickly and effectively intervene in new outbreaks of forest fires, as a large forest area with dense vegetation will be monitored on a 24-hour basis.

The Minister of Climate Crisis and Civil Protection, Mr. Christos Stylianidis, said in this regard: “This important initiative of ADMIE, with the support of the Ministry of Climate Crisis and Civil Protection, will make a substantial contribution to the fight we wage every day against forest fires. With the climate crisis making fires increasingly dangerous for humans and our natural environment, the utilization of electrical infrastructure at the service of the Fire Service is an excellent practice that we must encourage and support.”

For his part, the President and CEO of ADMIE, Mr. Manos Manousakis, said: “ADMIE uses its electricity network to protect forests with solutions that are cutting-edge technology. We hope that the ‘smart’ system that we will install in Parnitha will help the difficult work of the Fire Service and Civil Protection, in an area of ​​enormous environmental importance for Attica.”