INTERNATIONAL RELATIONS
Zemenidis | Rumors that Erdogan will announce the annexation of Occupied Territories on July 20
Defence Redefined
Published on 11/07/2022 at 12:46 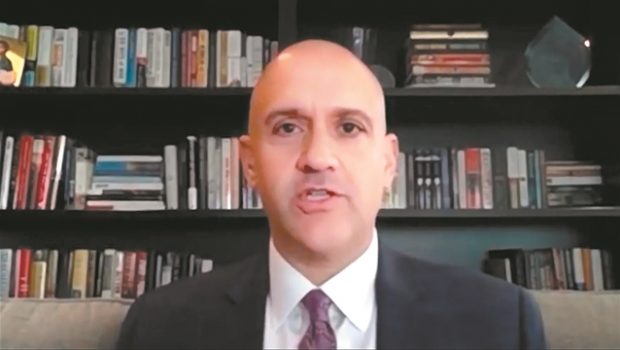 Eddie Zemenidis said that Recep Tayyip Erdogan is going to announce the annexation of the Occupied Territories of Cyprus, specifically on July 20; information already circulating in Washington.

The Executive Director of the Greek-American lobby (HALC) spoke to Star news and reported that on July 20, the “black anniversary” of the Turkish invasion in 1974, the Turkish President is reportedly planning to announce the annexation of the Occupied Territories.

In fact, he said that one of the scenarios is for Erdogan to administratively connect the occupied territories with Turkey, leaving a fake status of an allegedly “independent state”. According to the Turkish-Cypriot newspaper Halkin Sesin, this plan will begin with the deployment of 200 Turkish police officers.

He added that there is an intention of the American side to send a relevant resolution to the United Nations Security Council. At the same time, he noted that after many years the USA has emphasized bilateral relations with the Republic of Cyprus and that for the first time in the next 2-3 months an American ambassador to the Republic of Cyprus will be appointed by Mr. Biden, a person also trusted by Senator R. Menendez.

He also estimated that, if Joe Biden was acting alone, he would not agree to the upgrade of the Turkish F-16s. “We also see with the amendment that the limit is for six months not to commit violations, but will he do it? But this is very important, because we see that the Mitsotakis government is willing to talk with Turkey and Mr. Erdogan is the one who refuses,” he emphasized.

He even added that: “The Congress is therefore declaring that by excluding the dialogue with Greece, Erdogan is at the same time putting an obstacle in an agreement with the USA on the F-16.”

“The Congress has always taken a hard line, both under the Trump presidency and now, against Turkey with the F-35s and now with the F-16s. Greece is about to close the deal with the US on the F-35, as it has proven over the years that it is a reliable ally, it has shown its capabilities and America will invest in these defence relations.

With the recent amendment, Congress sends a clear message to Turkey that: “enough is enough, if you want to be an ally and take the F-16s, we won’t refuse, but prove to us that you are not only an ally of America, but also of NATO and Greece,” said Mr. Zemenidis.

Referring to Turkey’s provocative actions against Greece, he said: “These violations must stop and America must play a role here. Here, other Greek-Americans say that, if there is an incident, then America will intervene. No, America’s job now is to play the leadership role it has in NATO and make an incident unlikely. And here only Turkey is to blame. Greece is not going over Turkey’s territory, Turkey is going over Greek territory and the President must be clear and say “this stops, if you want relations to continue, this stops”.

“It seems that the Congress has also sent a clear message to Ankara about any provocations in the Aegean, but also in Cyprus. In the case of an incident, however, there are people who can intervene in the developments, influencing Turkey and these are Jake Sullivan, Biden, Foreign Minister Anthony Blinken, and Defence Minister Lloyd Austin,” he stressed. “The point is that the violations must stop today, before an incident takes place,” he added.

And he concluded: “I think that Mr. Biden, in order to secure Sweden and Finland, uses rhetoric that Erdogan likes, but let’s see what his actions are. The American President and the State Department have not put any pressure on the Congress about the F-16s, even though they are talking about it, even though they say yes officially.”