INTERNATIONAL RELATIONS
Zelensky | Any compromise with Russia to be voted in a referendum – Kharkiv under Russian siege
Defence Redefined
Published on 22/03/2022 at 12:00 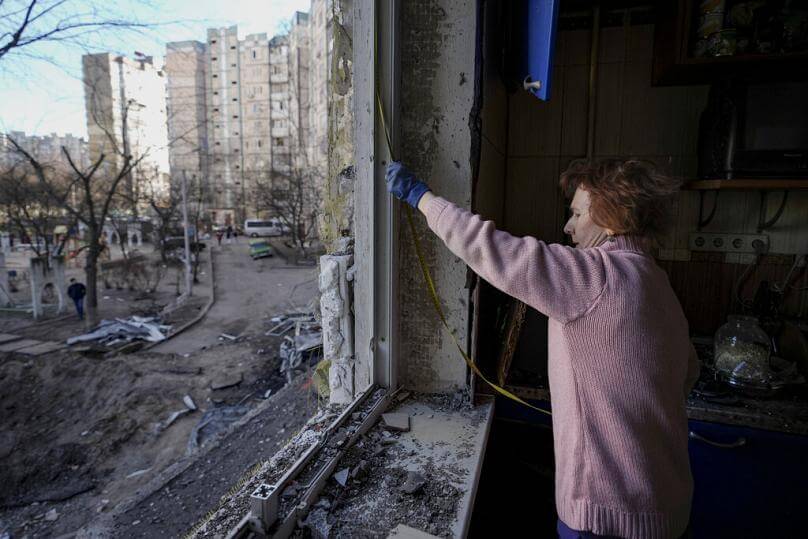 Volodymyr Zelensky stated that he is willing to discuss Kyiv’s commitment not to seek NATO membership in exchange for a ceasefire, the withdrawal of Russian troops, and a guarantee of Ukraine’s security.

In an interview, the Ukrainian President stressed that such a compromise should be ratified by the Ukrainian people. “Look, when you talk about some changes that may be historic, we will not avoid it, we will end up in referendums,” he said.

From Washington, Joe Biden said that Vladimir Putin has his back to the wall in Ukraine and that this increases the likelihood that he will resort to chemical or biological weapons. “It has already used chemical weapons in the past and we have to be careful about what happens next. He knows that there will be serious consequences due to the united front of NATO. But the point is that it is true,” he commented.

The US President will visit Poland next weekend and meet with his counterpart, Andrei Duda. The Prime Ministers of Poland, Mateusz Morawiecki, and of the Netherlands, Mark Rutte, have discussed new sanctions against Russia, such as blocking Russian ships from European ports.

The Russians have been bombing Kharkiv for weeks, but have not yet been able to encircle the city. Nonetheless, Moscow is trying to convince people that it cares about its citizens. In a video released, Russian soldiers offer humanitarian aid to residents of a town near Kharkiv.

Finally, a convoy of 21 buses departed from Zaporizhia to Mariupol, which remains under Russian siege. The mission is led by the Red Cross, which estimates that more than 350,000 people have been trapped. Most do not have access to water and electricity. Organizers hope the buses will transport hundreds of civilians to Zaporizhia.