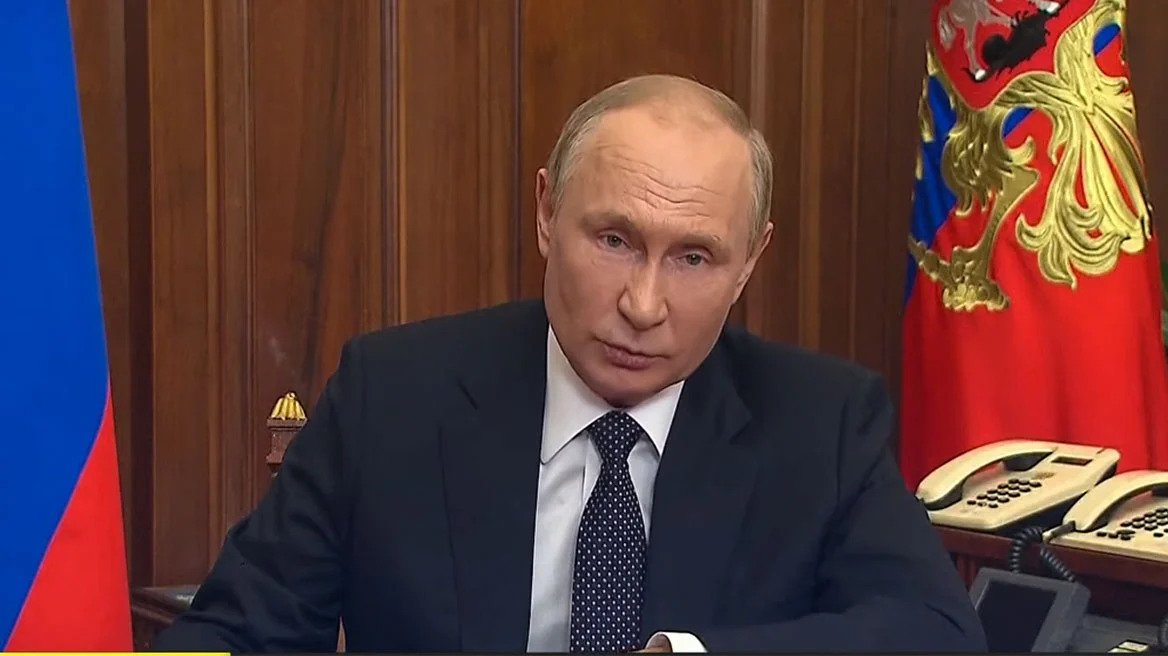 On Wednesday, Russian President, Vladimir Putin, declared a partial military mobilization in Russia, citing threats from NATO and underlining Moscow’s intention to use all means at its disposal to protect itself.

In his much-anticipated speech on Russian television, the Russian sovereign – without going into further details – claimed that Washington was pressuring Kyiv to transfer hostilities to the territory of the Russian Federation, adding that nuclear blackmail had been used.

Russia is using all available means to protect itself, Mr. Putin said, noting that Russia has many weapons to respond and is not bluffing.

He also announced, as expected, the holding of referendums in the Russian-held regions of Ukraine, namely Donetsk, Luhansk, Kherson, and part of Zaporizhia, on the question of union with the Russian Federation.

He emphasized that Russia supports these people and the goal is to liberate Donbass, as they do not have the moral right to abandon these people.

The speech also included the announcement of the signing of the Russian partial military mobilization decree, with Mr Putin stating that the relevant recruitment procedures will begin today, showing how urgent the situation is now for the Russian forces in Ukraine. The mobilization, he said, will concern the reserve forces and not the general population.

The Russian President also ordered the equalization of the legal status of volunteers in the occupied territories of Ukraine with regular military personnel of the Russian Federation, effectively absorbing the pro-Russian separatists into the Russian Armed Forces.

The Kremlin leader decided that the West wants to destroy Russia and has started nuclear blackmail against Russia, crossing all limits. In fact, he spoke again about neo-Nazis in Ukraine and claimed that NATO is conducting reconnaissance across southern Russia through its secret services.

Finally, he announced that the Russian government would increase funds for arms production, in a tone reminiscent of Stalin during Hitler’s invasion of the Soviet Union in 1941.

Russians working in military-industrial organizations are granted military deferral, according to Putin’s decree.

With information from: TASS, Reuters, Russiya 24